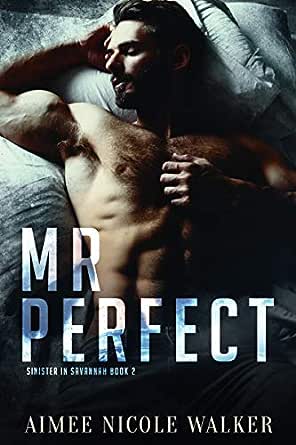 You've subscribed to Sinister in Savannah! We will preorder your items within 24 hours of when they become available. When new books are released, we'll charge your default payment method for the lowest price available during the pre-order period.
Update your device or payment method, cancel individual pre-orders or your subscription at
Your Memberships & Subscriptions
There was an error. We were unable to process your subscription due to an error. Please refresh and try again. 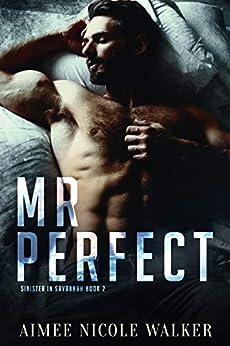 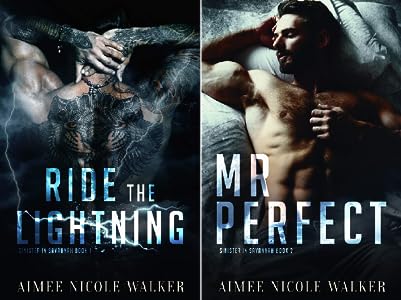 4.7 out of 5 stars
4.7 out of 5
139 global ratings
How are ratings calculated?
To calculate the overall star rating and percentage breakdown by star, we don’t use a simple average. Instead, our system considers things like how recent a review is and if the reviewer bought the item on Amazon. It also analyzes reviews to verify trustworthiness.
Top reviews

Kindle Customer
5.0 out of 5 stars I might possibly die
Reviewed in the United States on September 20, 2020
Verified Purchase
This book was FANTASTIC! Excellent continuation of the series.

Getting to know Felix was a real treat and Jude was absolutely perfect for him. Their story progressed naturally and intertwined with the main plot so beautifully. Start to finish this was an amazing read.

This book has me going crazy to get Rocky's story though. I need it now, I don't even care if its just scribbled notes on toilet paper I NEED it. Seriously cannot wait. This series has been utterly phenomenal.
Read more
4 people found this helpful
Helpful
Comment Report abuse

Lora905
3.0 out of 5 stars Too much going on
Reviewed in the United States on September 29, 2020
Verified Purchase
Felix grew up in poverty raised by a mom who traded sex for drugs. Because everyone in school (small town, I guess) knew about his mom and about them being one step from homelessness, he was picked on mercilessly. Unfortunately, Felix never got any counseling, so in this story he's still a bitter, angry man with extremely low self-esteem; a man who doesn't even like himself so he tries to be a perfectionist in his journalism assignments because he feels like nothing he's ever done is enough. This hatred of himself is what caused him to dump Jude back in college and not take him back for years. When I found out that Felix had hated Jude for so long because he'd never given Jude a chance to explain (it was just easier to believe Jude didn't love him, according to Felix), I was agitated. Fourteen years? That was beyond stupid. Once he got around Jude, of course, he almost immediately fell right back in lust. Jude wasn't even all that interesting to me.

The entire plot was too convoluted; too many subplots going on. Felix & Jude getting back together; Felix getting his car repaired; Felix investigating Spencer's corporation, which was crossing Jude's investigation of the same thing; Felix & Jimmy's work relationship; FBI, US Marshals, the Southern mafia. It may sound exciting but it wasn't because the author kept having to bounce around from topic to topic, all while working in only one person's POV. I repeatedly lost interest in the overall book and that's why it took a week to finish it.
Read more
2 people found this helpful
Helpful
Comment Report abuse

Mrs Smith
5.0 out of 5 stars Perfectly ANW
Reviewed in the United States on September 22, 2020
Verified Purchase
Another great installment for SiS! I've loved every single book in this series as well as the original Zero Hour series. Each book is like coming home to old friends. The characters and stories are unique and intriguing. I read this in one sitting and expect many rereads until the next book is released. In the meantime I'm off to buy peaches!
Read more
2 people found this helpful
Helpful
Comment Report abuse

Rosemary
4.0 out of 5 stars Good continuation
Reviewed in the United States on October 14, 2020
Verified Purchase
I really like the Zero Hour series by this author and was glad to see Jonah, Felix and Rocky get their own books. Ride the Lighting was great and I thought this one was as well. However, Felix's past life threw me somewhat. There was no indication of that in either the Zero Hour series or the first book in this series. It seemed a little contrived to me. Also I felt this story took a little too long to get started and the end wasn't what I expected. I did really like the characters and most of the story, though, and loved to see Marla still going strong. Great character! This author is a good writer and puts a lot into her books. Her Curl Up and Dye and Road to Blissville series were terrific. Loved the glimpse into Rocky's story and can't wait for it to come out. Always a fan!
Read more
Helpful
Comment Report abuse

Swaffy67
5.0 out of 5 stars Mr. Perfect is Perfection!
Reviewed in the United States on October 1, 2020
Verified Purchase
I love anything that ANW writes and this is no exception. She is an automatic 1-click for me and she never, and I mean never, disappoints.

This Sinister in Savannah series is absolutely wonderful. The characters are relatable, funny, smoking hot and human. The plots are amazing, keeps you on your toes and full of snark (which is my favorite).

Felix and Jude were heartbreaking, warm and made you want to hug them both. This book was amazing from beginning to end. I loved the dynamic between these two considering their history together. Loved!

Now let's get on to Rocky's story because it's going to be good..........I just know it. I NEED IT NOW!
Read more
One person found this helpful
Helpful
Comment Report abuse

JTorleif
4.0 out of 5 stars I liked the characters, but the story wasn't as compelling as the first book
Reviewed in the United States on October 8, 2020
Verified Purchase
While Jude and Felix were pretty much perfect for, and with, each other, I was a bit disappointed that the podcast featured so little in this book. One of the fun things with the last book was the work on the podcast, but it wasn't more than an afterthought here.

Having said that, I loved how Jude was just this side of scary stalker where it came to getting Felix back. He knew that it wouldn't be easy, but he was determined to show Felix that he was both trustworthy and loyal.

To be honest, this book felt more like a set up for Rocky's story, which I am excited for, rather than a complete romance f2f for itself, in this series.
Read more
Helpful
Comment Report abuse

Sandi D.
5.0 out of 5 stars Great book
Reviewed in the United States on September 22, 2020
Verified Purchase
I really enjoyed this book. I loved learning more about Felix and Jude. Felix has been around for while in this series and it the Zero Hour series and I was so happy for him to get his HEA.

I loved the mystery it was very well done and the balance between their relationship and the mystery was perfect.

Sue Allen Milkovich
5.0 out of 5 stars OUTSTANDING
Reviewed in the United States on September 26, 2020
Verified Purchase
This is a MAGNIFICENT story. This Author has such an AMAZING style. I'm sooo loving this SINISTER IN SAVANNAH SERIES. This couple had me in stitches. I loved everything about Felix and Jude. Not to mention the introduction to Pearl and Pete. This story is a GREAT pick me up. I enjoyed this so much. Looking forward to Pretty Poison. GREAT JOB!!!! These Books can be read as stand alones BUT then you'd miss out on some great characters. I HIGHLY, HIGHLY RECOMMEND THIS BOOK AND THIS INCREDIBLE SERIES!!!!!!
Read more
Helpful
Comment Report abuse
See all reviews

AshPenny37
5.0 out of 5 stars Brilliant!
Reviewed in the United Kingdom on September 19, 2020
Verified Purchase
You know how mostly the second installment doesn't live up to the standard of the series opener (I'm thinking almost every movie trilogy and a few books series)? Well, that's totally not a problem here. Mr Perfect, the follow up to Ride The Lightning in the Sinister In Savannah series, is brilliant!

I love the push and pull of Felix and Jude trying to navigate their way to a second chance at their relationship against the backdrop of an investigation that had me guessing . The balance in this book is (just about) tipped in favour of the relationship and how the two men have to overcome past hurts and perceptions before they can reconnect, rather than the mystery plotline. That's not to say that the reading experience suffers for this...it absolutely doesn't. The suspense arc is cleverly written to give us cause to question almost every character's intentions and, as an added bonus - or a complete tease, depending on your point of view - we get hints at what's in store for Rocky in the next episode. I can't wait for book 3! Mr Perfect is an easy 5* rating for me.
Read more
Report abuse

madmoo 37
5.0 out of 5 stars Hooked
Reviewed in the United Kingdom on September 20, 2020
Verified Purchase
Yet another outstanding read from Aimee Nicole walker it had me hooked from page one, loved seeing Locke and key make an appearance. This book has everything it's sexy, funny it even has explosions and keeps you on your toes throughout. Would I recommend this book? That would be a definite YES loved it
Read more
Report abuse

Rowan
5.0 out of 5 stars Felix & Jude
Reviewed in the United Kingdom on September 20, 2020
Verified Purchase
I loved this story of Felix and Jude’s reunion, but what I’m now looking forward to is the story of Rocky and Asher’s history along with Rocky’s snark
Read more
Report abuse
See all reviews