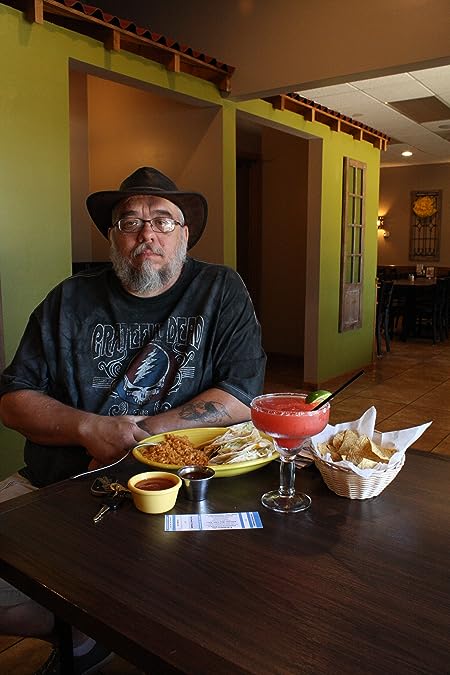 Tom Powell, Jr was born in 1972, just outside Chicago, in Melrose Park, Illinois. After a tumultuous childhood, he wound up spending a few years hitchhiking across the country, first while working for a carnival, and then while following The Grateful Dead. After the nomadic lifestyle he was living was thrown a curve ball by the death of Jerry Garcia and, as a result, the end of The Grateful Dead's touring days (at least, that is what we thought at the time), Tom fell into a job mowing lawns in the suburbs just outside Chicago. After a twenty-six year career in landscaping, including owning his own business for the last six of those twenty-six years, Tom was fortunate enough to retire early at the age of forty-five in February of 2018. Since his retirement, Tom has begun to write books not only about his life, but about topics that matter to him. He now spends his time writing, kayaking, and waiting for the next time he can board a plane to visit another country.

While he does not have a wall filled with framed diplomas, what he does posses is a unique lifetime of less than ordinary experiences that he draws on to bring you his perspectives on a variety of topics. Tom is a survivor of severe child abuse, a high school drop-out, and someone who had the odd experience of living in a tent for four years while traversing across the nation. He has had the chance to be a small business owner, serve on various committees, and be an advocate for the nationwide legalization of recreational marijuana.

Tom has been married to his wife, Renee, since May of 1999, and the two have been together since May of 1997. Together they have three children, Magnolia Lynn, Lily Marie, and Tommy Lee III, and they have resided in Channahon, Illinois since February of 2005.

So, sit back and enjoy the ramblings of a middle aged husband, father, and taco-loving dead head. 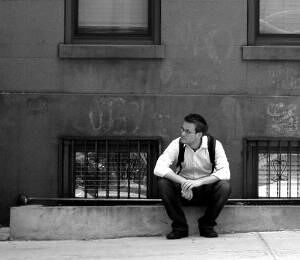 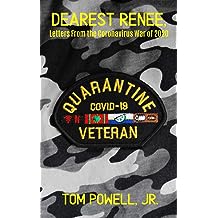 Dearest Renee,: Letters from the coronavirus war of 2020 Jun 25, 2020
by Tom Powell
( 21 )
$3.99
As people across the world began to go into various forms of lockdown, the memes that were being generated online were, as one would expect, hilarious. They also served to help bring some laughter to an otherwise dismal situation. As I began to share many of these coronavirus memes, I continued to notice different variations of a spin on letters being sent home from soldiers detailing their experiences on the front lines, only these letters were from people being quarantined as a joke to make people smile. So, as a form of comic relief, I began to post daily letters to my wife once our schools’ closings had been announced, and I found myself at home every day with the kids. I would compose a letter every day to my wife, Dearest Renee, and I would describe the things that were happening here at the house, but I wrote them as if I was a solider on the front lines of a war. Apparently, these letters became quite a hit among my wife’s circle of online friends, so I saved all of them knowing that I had to do something with them. I mean, I even had her elementary school English teacher praising them, and I never had a teacher praise me for, well, anything, so I knew they were something that needed to be preserved. So, I decided to compile all of them and present them for your enjoyment in this book. What you will see in this book is all seventy-one letters I wrote during our states stay at home order, accompanied by some minor explanation as to what you just read in some of the letters. The book is really meant to be a compilation of the letters themselves, so I tried to keep the additional commentary about the letters to a minimum. As you progress through the book, you will see that a great many of these letters have no accompanying explanation at all, some have incredibly detailed explanations, and some have a few lines of explanations. I wanted to keep the focus on the letters themselves. The last thing you need when reading this collection of letters is an overload of additional information resulting in psycho-analyzation of what really is just an attempt to have fun during a bad stretch of time. So sit back and enjoy some letters from the front lines of the coronavirus war of 2020.
Read more
Other Formats: Paperback 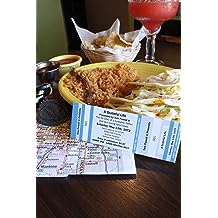 A Grateful Life: The life story of a husband, father, and taco loving dead head. Jun 7, 2018
by Tom Powell
( 47 )
$3.99
Having just missed his parents wedding by weeks, Tom Powell Jr was about to start off life at a serious disadvantage. The unwanted byproduct of a one-night stand, he began life in an untenable position that only became worse.
After overcoming child abuse at the hands of his mother, becoming a child of divorce, and eventually dropping out of high school, Tom began to learn his own way through life while living on the road. First while working for a carnival, and then following The Grateful Dead, he would eventually spend four years of his life living in a tent while hitchhiking across the country in an attempt to find his way in the world.
He would eventually be forced from the nomadic lifestyle by the death of the leader of The Grateful dead, Jerry Garcia, which led him into the waiting arms of the landscape industry, and his eventually wife, Renee. After over two decades in his chosen field, and just when life seemed to be going smoothly, he would face another challenge…taking care of his father in the last years of his life.
From an inauspicious beginning, to a life on the road, he would eventually overcome it all to find success and an early retirement at the age of forty-five. He now finds himself re-inventing who he is as he enters his middle age years, waiting to see what path he is led down next. ‘
This book is his life’s story. It will make you laugh at times, and at times it will turn your stomach. Parts of this book will remind you of your own family, while harkening you back to the old neighborhood and those times when family would always gather together every weekend.
So, sit back and enjoy the rather odd life of one aging hippie.
Peace. Love. Tacos.
Read more
Other Formats: Paperback