You've subscribed to MISTER! We will preorder your items within 24 hours of when they become available. When new books are released, we'll charge your default payment method for the lowest price available during the pre-order period.
Update your device or payment method, cancel individual pre-orders or your subscription at
Your Memberships & Subscriptions
There was an error. We were unable to process your subscription due to an error. Please refresh and try again. 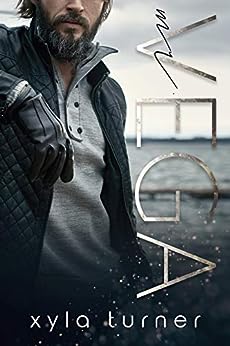 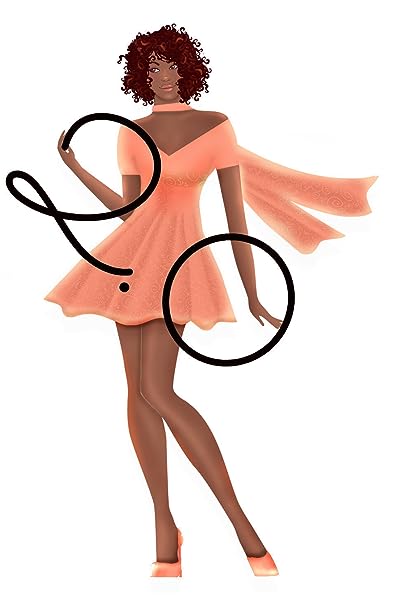 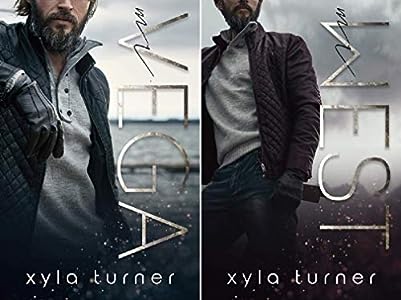 Xyla Turner is a USA Today bestselling and multi-award-winning romance author. She lives in Brooklyn, New York, and is a dedicated educator. Outside of reading, Xyla likes to spend time with her family, catch up on her favorite shows (G.O.T.), and travel as much as her schedule permits. Xyla is a member of Romance Writers of America, the New York and Cultural, Interracial, Multicultural Chapter. --This text refers to the audioCD edition.

4.4 out of 5 stars
4.4 out of 5
266 global ratings
How are ratings calculated?
To calculate the overall star rating and percentage breakdown by star, we don’t use a simple average. Instead, our system considers things like how recent a review is and if the reviewer bought the item on Amazon. It also analyzes reviews to verify trustworthiness.

Veronica44h
1.0 out of 5 stars Offensive
Reviewed in the United States on August 27, 2020
Verified Purchase
As a Black American woman I found this line offensive.

“Black culture is not my culture, Mr. Vega,” I shared with him. “My family is from Trinidad. That is very different from black culture. We’re black but not black Americans.”

I am at exactly this point in the book and will not be reading this book any further. I actually won't be buying any more books from this author. I thought this might be my new replacement author for Theodora Taylor buy I was wrong. People live be to make money off of Black Americans but are quick to point out th differences between us and other cultures in any offensive way that they feel like spewing out. If Black culture is not the heroines culture then I don't want to read about her nor do I want to read books from the author. There is enough nonsense in the real world, it was incredibly unnecessary to add this tone deaf, self hating, offending line in a HEA romance novel. Written like other Black people are better than Black Americans. Gross.

As for what I read up until that statement, I had total misgivings about what I was reading. Faith is a naive woman dealing with a complex matter. She is getting emotionally sucked into a manipulative vortex that she can't see her way out of. Mr. Vega is coming across as a predator taking advantage of the situation. It's weird. Plus his mood swings and anger going so far to insult Black Americans (who by the way are probably your primary source of readers) was extremely uncouth. Makes me question what type of person the author is? Doesn't matter now this author isn't on my do not buy list. I will keep my Black American dollars.
Read more
35 people found this helpful
Helpful
Report abuse

I Just Might be Batgirl!
1.0 out of 5 stars The “We’re black but not black Americans,” Comments Stopped me in my Tracks!
Reviewed in the United States on September 7, 2019
So this book popped up on my timeline. It was an emotional book, with grief, loss and more to start. It’s a BWWM read. The male character makes biased comments about blacks and rappers. Then the female says, “Black culture is not my culture, Mr. Vega,” I shared with him. “My family is from Trinidad. That is very different from black culture. We’re black but not black Americans.” I wanted an explanation on what “black culture,” is to the female lead and what made her so different.

I’m married to a man that is black, he looks anything but at times and has been confused for Arabic and Hispanic. He goes with it and doesn’t make snarky comments like this.

Some IR writers irk me because they can write with a level of self hate and that is shameful. I have read this author before but there the diss of black American’s wasn’t cool. The reality is your black skin is always seen first by most people, even other cultures with black skin.

That black skin is fine when diversity is needed and helps them with - getting a job, getting accepted into schools as an exchange student, and more. It’s also cool to have black skin when celebrating black music, black style, black language and more.

So this was a no for me. I love or differences but this book wasn’t for me. The female may have been black in color and had a different culture than black Americans but the manner in which it was written was offensive to me.
Read more
53 people found this helpful
Helpful
Report abuse

Curry
5.0 out of 5 stars Simply Beautiful
Reviewed in the United States on August 5, 2019
Verified Purchase
I read good books written by authors I follow all the time, but few stay with me that I find myself reading over and over again. Those few books speak to a part of me that's hard to describe and now I have added Mr. Vega to that list.

What I didn't know at the time was that their were characters making surprise appearances from her previous works of which I had not read yet.

Yes, in my opinion Mr. Vega is one of the best IR books that I have had the pleasure of reading. A perfect mixed of tragedy, light comedy and romance- I repeat I'll be reading it again and again.

Having read Trent, Duncan, Carter and Declan, I was always familiar with Xyla Turner, but didn't pay attention to the previous books she released like I should have-my mistake. A mistake easily rectified because all have been purchased now💚
Read more
8 people found this helpful
Helpful
Report abuse

Amazon Customer
5.0 out of 5 stars I want a Mr. Vega lol
Reviewed in the United States on August 16, 2019
Verified Purchase
This book was so good on so many different levels. I've read quite a few books by this author and some of her books are okay, but then there are some that are so good you never want them to end and this is one of them. I loved all the characters in this book. The Vegas loved hard and it fought for what they wanted and no wasn't an option. I respected that Faith wanted to find herself and respected even more that Vega respected her wishes. Faith didn't lose herself in the relationship. This is an all around awesome book and I'll definitely read more books by this author.
Read more
4 people found this helpful
Helpful
Report abuse

Bea
5.0 out of 5 stars Pleasantly Surprised!
Reviewed in the United States on July 8, 2020
Verified Purchase
I was pleasantly surprised by this story. Logan and Faith are expressive characters and Casey is equally dynamic. It’s not your typical nanny story; it’s developed well and has moments of both humor and sadness.

I was pleased when Faith stood up for her independence and personal growth but used this to bring value to her relationship with both Logan and Casey. They eventually became a wonderful tribe.

Shauntavia
5.0 out of 5 stars A great story
Reviewed in the United States on July 13, 2020
Verified Purchase
This book definitely played with my emotions because it took me through a range as I was reading this book but I loved it. There were some sad moments, happy ones but in the end I couldn't stop reading this story if I wanted to which I didn't. The family went through alot but in the end they became stronger throughout everything they went through. I would re-read this story again. It was good to see appearances from characters in the author's other stories.
Read more
2 people found this helpful
Helpful
Report abuse

Kikiharts77
5.0 out of 5 stars OH BOY MR VEGA
Reviewed in the United States on July 26, 2019
Verified Purchase
THIS BOOK WAS SOOOOOO GOOD. I LOVED THE VEGA TRIBE. XYLA NEVER FAILS. THIS BOOK WILL HAVE YOU LAUGHING AND CRYING. VERY TOUCHING STORY ABOUT LOST AND GAIN. TIME WAITS FOR NO ONE. SO GET THIS BOOK AND READ IT. WORTH EVERY PENNY.
Read more
5 people found this helpful
Helpful
Report abuse

DD
5.0 out of 5 stars Love Through Pain
Reviewed in the United States on July 28, 2019
Verified Purchase
Any book that can take me on an emotional ride, I love it. This was/ is a great laid out book, easy to read, easy to follow the emotions of all the characters, the storyline was real life. One thing that I love most about Ms. Turner's work, is her depiction of strong women (but believable because even strong women can have insecurities/self doubt). No matter what Ms. Turner does, we should always get our fix of Trent and Duncan.
Read more
2 people found this helpful
Helpful
Report abuse
See all reviews