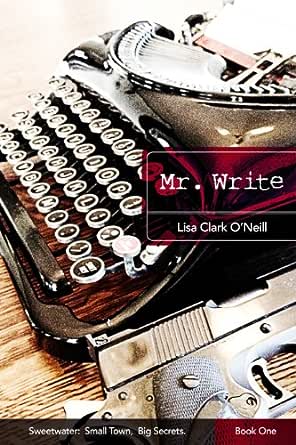 You've subscribed to The Sweetwater Series! We will preorder your items within 24 hours of when they become available. When new books are released, we'll charge your default payment method for the lowest price available during the pre-order period.
Update your device or payment method, cancel individual pre-orders or your subscription at
Your Memberships & Subscriptions
There was an error. We were unable to process your subscription due to an error. Please refresh and try again. 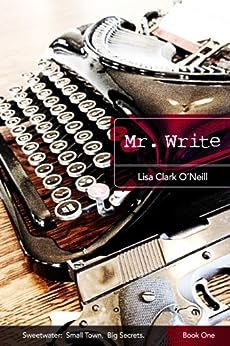 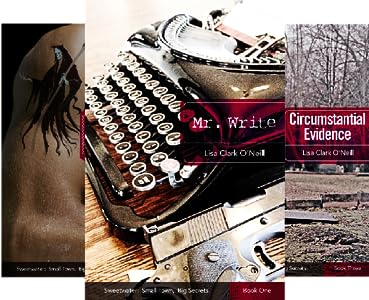 4.4 out of 5 stars
4.4 out of 5
81 global ratings
How are ratings calculated?
To calculate the overall star rating and percentage breakdown by star, we don’t use a simple average. Instead, our system considers things like how recent a review is and if the reviewer bought the item on Amazon. It also analyzes reviews to verify trustworthiness.
Top reviews

penny1970
5.0 out of 5 stars Highly recommend
Reviewed in the United States on June 14, 2016
Verified Purchase
I almost never give 5 star reviews, but Mr. Write (Sweetwater Book 1) definitely earned the highest marks! Lisa Clark O'Neill is a new author for me, and after binge reading the Southern Comfort series, I was a bit on the fence if I wanted to read more of her work. I was intrigued by her snappy dialogue, and I really enjoyed her well crafted characters, but I did get bogged down in Southern Comfort books three and four, not really liking those characters and their story lines as much. The author finished so strong with book five and the Southern Comfort prequels that I decided to move on to her Sweetwater series. And, boy am I glad I did!

Mr. Write was more of a romance, with just a side order of suspense, but I loved it! I am a huge fan of romantic suspense, but even though this book was light on the suspense, it more than made up for the absence with the strongest, full-of-fun romance that I have read in a long time. The small southern town setting, the really like-able main characters, Sarah and Tucker, and their equally like-able friends and relations, made this book hard to put down. It has been ages since I have found an author that makes me want to dive right back in for a re-read of a book, but Mr. Write will definitely be circled back to, once I am done reading the remaining books in the Sweetwater series.

Lisa Clark O'Neill has a way with character development, plot lines, and solid, often funny dialogue that reminds me of what I used to love about Nora Roberts in her earlier romantic suspense novels before she lost her way and her mojo. I highly recommend Mr. Write to anyone searching for a well written and entertaining romantic read!
Read more
One person found this helpful
Helpful
Comment Report abuse

K. C. Martin
5.0 out of 5 stars A Charmer!
Reviewed in the United States on February 19, 2015
Verified Purchase
Adorable! Mr. Write is a must for fans of Susan Elizabeth Phillips, and Jennifer Crusie. Light, bright and sizzlin' hot. The witty repartee, the great cast of characters, and a quirky romance reminds me of each, at her best.

Sarah Barnwell has recently returned to her hometown of Sweetwater, South Carolina. She and her childhood friend, Allie Hawbaker, are partners in The Dust Jacket, a funky new bookstore. Sarah knows she has to lay some ghosts and come to terms with Sweetwater and her past as the daughter of the town drunk. Spunky and resilient, she is ready for the challenge. What she hadn't anticipated is the spectre of an old enemy, an old crime, and the totally new issue of her annoying neighbor: Tucker Pettigrew.

Tucker, scion of the local version of Mr. Potter from It's A Wonderful Life, has recently returned to Sweetwater as well. He is battling grief, the local women, and a growing attraction to the redhead next door. As a writer, he and the bookstore owner should see eye to eye. But these two have mysteries to solve, misunderstandings to overcome, and danger to face before they can find their version of harmony.

They are assisted in these endeavors by a likable cast of characters: Mason, the hunky British actor who is Tucker's best friend; Alllie: Sarah's best friend and the wounded daughter of a prominent Sweetwater family; assorted family members and friends; and a cat that deserves a book of his own.(Side note: one of the charms of the book are the myriad ways Ms. O'Neill uses to describe the cat's obesity...you could make a drinking game out of them,)

The fun in the book comes from the snappy dialogue ...particularly between the romantic leads (although Mason, and Allie's brothers have some pretty good lines). The Southern Gothic charm of the town is a splendid setting for a series. (and that is the good news...a series this is). I hate saying good bye to characters I've grown fond of, and I do a little happy dance when I find a new series to dive into (The next book is Admit One).

" Of course, equally plausible, they could care less about him, and had merely been drawn to the spectacle that was Mason Armitage.
Tucker sighed.
Mason had insisted that no one in this little backwater would possible recognize a British thespian were one to bite the local citizenry on its collective ass, so Tucker had allowed him to tag along. But now here he was, stupidly giving Mason the opportunity to take his shirt off in a semi-public forum.
Mason - poor, beleaguered creature of beauty that he was - was used to people running into walls when they got their first look at him. He probably hadn't even noticed that there were now three individuals next door, staring.
Well, two of them were still staring. One of them was walking this way."

There is an inherent sweetness to the book that I find refreshing. The characters may be wounded, but they are not jaded. All in all, this is the perfect book for the days when you need a little sunshine, a little fun, and a lot of romance.
Read more
3 people found this helpful
Helpful
Comment Report abuse

Kelly Matthews
4.0 out of 5 stars Good suspense, fun love story
Reviewed in the United States on June 3, 2014
Verified Purchase
This is not my typical genre, but I truly enjoyed it. Sweetwater, South Carolina is a cute, small southern town, provided you are only visiting. If you grew up there, poor, well, bless your heart. If you don't know that phrase, you will. It can mean any number of things, depending on inflection and reading Sarah's interactions and explanations to Tucker made me laugh out loud. An added side story, which comes as book 2, is Allie and Mason's story, super fun and sweet. The suspense here is well-written, if a little light. It's easy to figure the bad guys, but the romance is sweet and right on point. All-in-all an enjoyable weekend read.
Read more
7 people found this helpful
Helpful
Comment Report abuse

Rowan
5.0 out of 5 stars Fan-freakin-tastic!
Reviewed in the United States on March 3, 2015
Verified Purchase
Discovering a new author that drags you in until the world steps back, gets you all worked up and worried over fictional characters and then deprives you of sleep is a real treasure. I should preface this statement by saying that I have only discovered the romance genre within the last 7 years and before that treated all romance as if it was a flea infested stray peeing on my carpet. I have since learned the error of my ways and have dove in head first. This book is a wonderful example of why I am enjoying myself emensely.

Mr. Write is an exceptional romantic suspense tale that mixes the perfect amount of Deep South sizzling sex with a fantastic mystery and an underlying sinister plot. I won't give anything away but I really enjoyed the complex characters, the small town rumor mill running ammock, the deep felt remnants of tragedy and a pair of protagonists that snap and snarl at each other in hilarious ways... Well at least until the snarling turns into something else. They are flawed, insecure and incredibly entertaining. I couldn't put it down and Lisa Clark O'Neill has become an all time favorite author. 5 brilliant stars!
Read more
3 people found this helpful
Helpful
Comment Report abuse
See all reviews

Canadian-BookClub Girl
5.0 out of 5 stars The 1st must read Book of the Sweetwater Trilogy.
Reviewed in Canada on May 12, 2014
Verified Purchase
Tucker Pettigrew returns to his birth place of Sweetwater to find answers about his father and confront an estranged grandfather who owns the town and he dislikes. Sarah Barnwell returns to Sweetwater filled with bitter childhood memories to start a business with her best friend. Both Tucker and Sarah are on a collision course with each other and the town. This is a very good written, laugh out loud , fast read. Good luck putting it down once you start! I very highly recommend this, I cannot wait for the 2nd book of the trilogy.
Read more
Report abuse