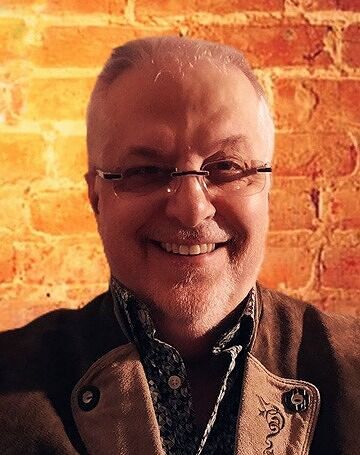 Q&A: A book with mostly theosophical Q&A, published in 2011, after several meetings with his readers.

HOW TO: Two remarkable books on Masonic Etiquette.

Born in Transylvania in a well-known family with roots going back centuries, all the way to 1204, as one of the founders of the 'Despotate of Epirus,' the author has been drawn to the Ancient Esoteric Teachings since childhood. He learned and practiced by himself what he could grasp from a diverse, sometimes disparate, yet highly controversial range of masters as Helena P Blavatsky, Jiddu Krishnamurti, Rudolf Steiner, Annie Besant and even Piet Mondrian, the great Dutch painter.

Eventually Eugene Matzota’s own writings were published and dully noticed - since 1997 he has been accepted as a full member of the International Theosophical Society, India.

During the past 20 years, he has published a number of four books on Theosophy and he is now busy at work on what he believes is his most important contribution. 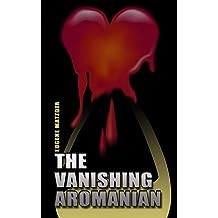 The Vanishing Aromanian Dec 10, 2018
by Eugene Matzota
( 2 )
$9.95
Aromanians, A-Romanians, Romanians?
This is a book that may be written unwittingly from a Romanian point of view, because the author was born in Romania. On the other hand, the author is coming from a family with 800 years of Aromanian history.

Therefore, I must have a better understanding of the problems related both to Romanians and Aromanians.

After years of study, I have serious reasons to believe that Aromanians are not Romanians, as the state policy of Romania tries to impose for the more than a century, but rather brothers. And this is not at all a blasphemy…

What could this term, Aromanian, mean? Probably, and this could be the first guess, these Aromanians are not Romanians, as the name might suggest, compared to other words like symmetry and asymmetry.

This book does not avoid some taboo problems that are not ‘politically correct’, well-hidden under the carpet. This damaging attitude does not solve any problems, it only keeps them intact, any approach being treated as taboo.

Romania and the vanishing Aromanian

For the last 150 years, Romanians did not want or could not understand who are the Aromanians. The policy of establishing schools before 1900 in the Balkans to teach the Romanian language, instead of the Aromanian one, is something that today we would call assimilation.

Yes, we cannot turn back time, but we can understand more and act before it’s too late...

I wrote three books in which I tried to explain once again why this Aromanian affair exists and what is there for the Greeks and for the Romanians.

This is apparently the most delicate problem: how to explain to a typical Romanian that an Aromanian is different enough, that he should not be considered a Romanian.

Now, more than ever, the interests in the assimilation of outside groups in a given country, as being of the same origin, are stronger than ever.

The situation is even more acute when it comes to member states of the European Union, which know that having more citizens offers them more power at the common European table.

The Aromanians, once again in their history, are trapped between various state interests.

Aromanian is no longer the Middle Ages’ Vlach, nor the Aromanian banished from his own house and chased by armed hordes beyond Vienna, far into Poland.

Nor is nowadays the Aromanian a EU citizen with full rights, still living in a world still divided into several small Balkan countries.

The danger of losing his identity still stands above his head like the sword of Damocles and here is the most serious one: the danger of assimilation.

Today, after two Balkan wars and two world wars, with serious consequences in all areas, the Aromanians’ situation in the Balkans is dramatic. Failure to impose to countries in the region, very soon, schools or classes taught in Aromanian, means the language that withstood in those areas for more than two thousand years will disappear before our eyes.

What chances of survival would the Aromanian identity have in this modern world of globalization, away from the traditional model of the Aromanian community?

I wrote this book with the belief that their chances must exist, that this attempt is not in vain.
Read more
Other Formats: Paperback 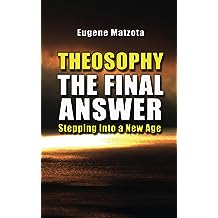 Theosophy, The Final Answer Jan 25, 2017
by Eugene Matzota
( 4 )
$4.38
The topic tackled by this book may seem intimidating at a first glance, since "theosophy" sounds both mysterious and pretentious for the larger body of readers. Nevertheless, this is an illusion; nothing is what it seems to be, since Eugene’s Matzota's personal approach is both elegant, though pedantic, and entirely approachable.
Theosophy creates a bridge between the eastern and western esotericism, using occult and mystical philosophies who claim that ancient teachings could provide a path to salvation and enlightenment. Barely known in most parts of the world, it has become popular due to the involvement of members of the Theosophical Society in the West in spreading some adapted versions of Buddhist Modernism. In addition to reviewing the three waves of Theosophy, the focus of the book is laid on a slightly different aspect of Theosophy, namely its considerable contribution to the ascent of the New Age movement.
To make a long story short, the author endeavors to introduce us in the matter by explaining the genesis of Theosophy, similarities and differences between the previous referential teachings of Theosophy and its modern appearance, insisting on ideas related to HP Blavatsky and the Theosophical Society. The focus is on analyzing the universe, humanity and Divinity, and the mutual effects.
An interesting chapter is dedicated to the controversial issue whether Nazism was or not influenced by Theosophy: Blavatsky and Hitler. The answer is that Hitler seemingly took over concepts from Blavatsky’s Secret Doctrine (and Theosophy in general, in spite of his hatred for it), such as evolution of races and the Aryan race, adjusting them to his own concepts, while being otherwise influenced by several philosophers, mainly Fichte and Schopenhauer, but also by racists Gobineau and Chamberlain.
Gradually, focus is directed towards the social, cultural and spiritual background of the years 1950-60, and analysis is carried out to reveal the causes and modalities of the inflowing of the Theosophical Society's concepts and manners into the new Age movement. Evidence is brought about that the Theosophical Society has been not only the main factor of dissemination of the occult literature in the Western countries throughout the 20th century, but also the engine of generating a series of deeply resented transformations at the level of the whole society.
The thrilling, which is also the focus is the impact of Theosophy on music New Age - the sides of inherent and extrinsic thereof: concerts in stadiums like huge venues for worship Universe as the new god and shape expression and content and approach "prayer" (music and lyrics). Analysis of a text belonging to a representative of the spirit of New Age music brings a compelling argument to support its contention author.
Finally, the book is a huge gain not only for the beginners, or for those willing to improve their knowledge in the matter, but also ''pour les connoisseurs'', out of several evident reasons. It would be, first of all, that pleasant narrative voice, keenly expert in telling us a fascinating story, far from intimidating us, as we would have first expected by taking a glimpse at the title. The layout and organization are impeccable, so that we could easily use the book as a handbook, after all. Bibliography and the use of the quotations add to the orchestration of an endeavor, which is not only precious and written from the height of real expertise, but also a highly intellectual pleasure.
Read more
Other Formats: Paperback