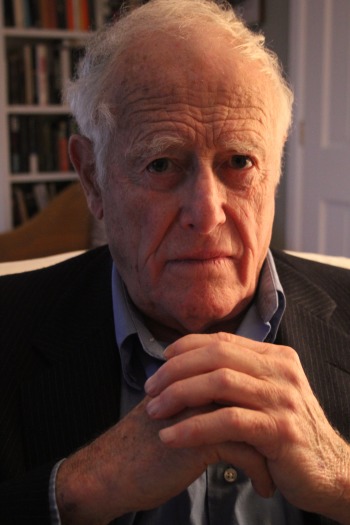 "When I think about [Mrs. Bridge]. . . a variant of this exchange occurs to me: If you have already read it, that’s wonderful, for chances are you love it too, and know how brilliant it is. And if you haven’t read it, or perhaps have never even heard of it, well, that’s wonderful too, because you are still lucky enough to be able to read it for the first time. . . Again and again. . . I find myself being a Mrs. Bridge evangelist, telling them that it’s a perfect novel, and then pressing copies on them. . . What writing! Economical, piquant, beautiful, true." —Meg Wolitzer, The New York Times

"Mr. Connell writes of this woman without patronage, without snickers, without, indeed, any comment whatever on what he sets down of her life. He tells her story, less in sketches than in paragraphs, and how it is done I only wish I knew, but he makes Mrs. Bridge, her husband and her children and her neighbors understandable and, because understandable, moving, in his few taut words."" —Dorothy Parker, Esquire

""Mrs. Bridge is a hell of a portrait . . . She's as real and as pathetic and as sad as any character I have read in a long time."" —Wallace Stegner

""For all their satire and dark implications, the novels of the Bridge family remain in the memory as triumphs of faultless realism. Mr. Connell's art is one of restraint and perfect mimicry." —The New York Times

Evan S. Connell was the author of eighteen books, including Francisco Goya, Deus Lo Volt!, Mrs. Bridge, and Son of the Morning Star. He received numerous awards, including the Los Angeles Times Book Prize, the Pushcart Prize, a Guggenheim fellowship, and an award in literature from the American Academy and Institute of Arts and Letters. He lived and worked in Santa Fe, New Mexico.

Start reading Mrs. Bridge: A Novel on your Kindle in under a minute.

4.2 out of 5 stars
4.2 out of 5
190 global ratings
How are ratings calculated?
To calculate the overall star rating and percentage breakdown by star, we don’t use a simple average. Instead, our system considers things like how recent a review is and if the reviewer bought the item on Amazon. It also analyzes reviews to verify trustworthiness.
Top reviews

Ginger B.
5.0 out of 5 stars Delicately Laced with Symbolism and Nuance
Reviewed in the United States on January 4, 2017
Verified Purchase
Mrs. Bridge by Evan S. Connell is a collection of discrete vignettes that chronical the life of India Bridge, the wife of a prosperous Kansas City attorney and mother of his three children in the 1930s. Mrs. Bridge is a novel that is delicately laced with symbolism and nuance but has no central plot or arc, instead it relies on exquisite refracted observations that are presented in 117 short vignettes each of them one to three pages long. The title, Mrs. Bridge, (an example of the subtle symbolism) references India Bridge’s transition to her life as the married appendage of her husband, a signifier that her roles as wife and mother supersede her individuality – she is ever the good girl/the good wife/ the good mother, and tries mightily to embrace the prescribed social persona and roles given to women of her time and status. She sees and defines herself so much through the lens of other people’s expectations of her that she hardly knows what she likes or wants or believes. For me, the most poignant moments in the book depict instances when she experiences an awareness of those personal vacancies and gets glimmerings that she’s missed out on something profound. As her children grow and leave home, and her husband works long hours to give her material security and then dies, she finds that living solely for others has impoverished both her own life and what she had to give to her relationships. She’s left alone with a vast and aimless emptiness at the end of her life.
Read more
24 people found this helpful
Helpful
Report abuse

carilynp
TOP 500 REVIEWER
5.0 out of 5 stars Capturing a time and place so well
Reviewed in the United States on August 17, 2018
Verified Purchase
Written in 1959, Evan S. Connell’s novel MRS. BRIDGE tells the story about a well-to-do family living in Kansas City. It’s a glimpse into the daily goings on of Mrs. Bridge, her three children, and her busy at work attorney husband, who, while he seemingly adores her, showering her with lavish gifts upon her birthday each year, is absent and does not shower her with the affection she seems to crave. We see Harriet, their African American housekeeper, who is relegated to the kitchen and not treated with the respect that she deserves, nor is the next-door neighbor’s gardener’s daughter who regularly comes over to play with one of their daughters. Pre-Civil Rights sentiments are glaringly obvious in the Bridges’ household and among their country club set.
The the book is that it is indicative of the time and of the social strata. It is almost written like a diary. Daily events are jotted down. A glimpse of Mrs. Bridge’s thoughts and activities are recorded as are her longings, her feelings as a wife and a mother.
The book is poignant, funny, evocative, capturing a time and place so well.

Teadrinker
5.0 out of 5 stars Beautiful and sometimes Brutal
Reviewed in the United States on November 23, 2015
Verified Purchase
I have a Ph.D. in English and in all my years of study I never came across this author. Perhaps it was the movie "Mr. Bridges" that brought a forgotten author to light, but however it happened, I'm very glad it did. This is writing on par with Hemingway. It is short, simple, sometimes beautiful, sometimes brutal. It could easily be "the" classic novel about life & expectations in the United States in & around the 1950s, describing the parents of the Baby Boom generation. It's also an example of how the nuclear family, living in isolation in the suburbs is not the best social model for creating engaged human beings and emotional growth . . . but now I'm going beyond the scope of a review . . . .
Read more
23 people found this helpful
Helpful
Report abuse

Schuyler T Wallace
5.0 out of 5 stars THE OTHER SIDE OF FAMILY DISCORD
Reviewed in the United States on February 3, 2014
Verified Purchase
After reading “Mr. Bridge” I turned immediately to MRS. BRIDGE, both written by Evan S. Connell (1924-2013). “Mr. Bridge” was the story of a lawyer, meandering through his life of industriousness, indifference, and conservatism. His interaction with family and friends was well presented with wit and introspective insight. MRS. BRIDGE is the wife’s view of the same life, as represented by her own feelings, thoughts and relationships.

Both books explore the world of the 1920s to the 1940s of a conventional couple trying to live with both social expectations and the handling of three difficult children but seemingly incapable of handling either. The dysfunction leads to wide gaps in the emotional relationship between them and their children and with each other.

Once again I appreciate Connell’s story and his writing skills. India Bridge suffers with many demons. She is insecure, bored, missing earlier romantic moments with her husband, and feeling estranged from her children. I find her to be extremely interesting; someone yearning for understanding and affection, and putting out desperate feelers for friendship. She is awkward and forward in her search and the results are both painful and humorous. Not surprisingly, her attempt to tell Mr. Bridge that she needs therapy for her unease results in rather abrupt dismissal, typical of their relationship..

At first glance it would seem that she has everything needed for a satisfied existence. She enjoys wealth, a live-in housekeeper, a laundress, a magnificent home, friends, and leisure time for special pursuits. Her husband is not attentive and her children treat her unkindly for her attempts at motherhood. Her friends are mostly superficial and pursue incompatible interests. She has no regular activities that keep her involved and focused: As a result, time drags, leading to boredom and excessive introspection.

Connell is a magnificent writer. He is not judgmental, nor does he expect his readers to follow any predisposed opinions. He lays out the story and leaves the reader to make of it as they see fit, making any resemblance to one’s own existence to be in the beholder’s eye. It is intriguing, however, to recognize how he has discerned the ordinary human condition.

I strongly recommend both MR. BRIDGE and MRS. BRIDGE as great literary adventures. While not runaway best sellers, both books have sold steadily and in good numbers. I find them very enjoyable.

A. Smith
5.0 out of 5 stars Vintage
Reviewed in the United Kingdom on October 9, 2013
Verified Purchase
This is vintage writing at its best! Good grammar, clear sentences and a story set in 30s America that is a wonderful insight into the social history of that era. I didn't think I would like Mrs Bridge as a character but by the end of the book I thought she was a very strong woman considering the era she lived in. I bought the book because it was recommended by Private Eye literary column and it is very rarely that they recommend a book. Well worth a read.
Read more
Report abuse

Ellen Ontario Canada
5.0 out of 5 stars A beautiful novel
Reviewed in Canada on August 22, 2020
Verified Purchase
While this book was written many gears ago it is timeless. It represents the struggles of being human, the complexity of life and the joys and disappointments we face with our children and families. The themes and ideas are as meaningful today as the when it was written. The book will draw you in to a world that is recognizable. A wonderful read!
Read more
Report abuse

L. Behan
5.0 out of 5 stars Great Novel
Reviewed in Canada on January 29, 2015
Verified Purchase
This was probably the book that has stuck with me of all the books I've read in the last year. The quotidian events happening around Mrs. Bridge are transformed into a reflection of the times, and the character of the family members. So good.
Read more
Report abuse

Amazon Customer
4.0 out of 5 stars Strange book
Reviewed in Canada on June 4, 2018
Verified Purchase
The flatness of the whole tone is actually fascinating. It would be terrible to be Mrs Bridge. Not sure if I recommend it.
Read more
Report abuse

Jill Bowden
2.0 out of 5 stars Mrs. Bridge - American novel
Reviewed in the United Kingdom on February 28, 2013
Verified Purchase
I found it rather boring and repetitive, but kept on reading thinking it was leading somewhere which it did not. I found the ending rather abrupt.
Read more
Report abuse
See all reviews

Page 1 of 1 Start overPage 1 of 1
Previous page
Next page
Pages with related products. See and discover other items: ruby bridges