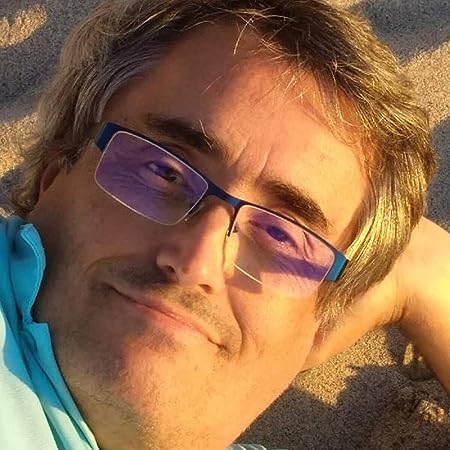 Tomás Morales y Durán is a Hispanic-Mexican author, translator and researcher born in Cáceres, Spain, in 1961 but who has developed his work in Puerto Vallarta, Mexico. He is a multi-talented polymath whose sheer activity almost exceeds the capacity of a single person.

Born in Cáceres, Spain, in 1961, Tomás Morales has developed his work in Puerto Vallarta, Mexico. Encyclopedic in training and a lover of the arts, he became a generalist mastering various branches of conventional knowledge. He learns to use intuition as he passes through the School of Naval Engineers, which will help him later to accumulate engineering, master's and postgraduate degrees without much effort. This helps you to have a global understanding of the structures of knowledge itself and the patterns in which it unfolds, which is very useful professionally.

However, this kind of knowledge is circumscribed to the sphere of language, that is, it cannot penetrate what has no name and, on the other hand, it is not capable of answering the questions of why and for what. This is the end of the road of conventional knowledge and further we enter the fields of philosophy, which are merely speculative.

Going further requires breaking down the limitations that the brain imposes on the human mind. Because the problem is the brain. With areas of language running out of control, with a limbic system ordering the entire brain through chemicals, based on primitive algorithms that we share with amphibians and reptiles, and senses that are not capable of remotely glimpsing reality, the brain is not the tool, but the impediment. Thus, he plans the escape from the sphere of language by stopping the brain. In this way, the consciousness is freed from this bondage and can explore other spheres. He achieves this by developing a method that cuts off the oxygen supply to the brain while being previously protected by its own neurotransmitters.

The perspective of reality, beyond the limitations of the brain, will be chronologically documented in his work The Treatise on Wisdom, which consists of twelve volumes and 680 sections that complete the vision of reality from Wisdom, inaccessible otherwise . Wisdom that is the coordinated set of Rational Thought, Tranquility and Intuition, Gnosis, Paranormal Skills and Episteme. In this journey, the author will discover that the paths that he is traveling were already trodden millennia before by Gotama himself. The Buddha was looking for the end of suffering and the author, the door of Wisdom, and in the end, both were the same.

And more books by our new collaborator are emerging, such as the compilation of the 80 fundamental lies of human beings in "The Fools You Are the Fuel of History", a devastating denunciation of the lies that create human inequalities. The two Deconstructions are exercises in logic that dismantle the myths of Jesus of Nazareth and Teresa of Jesus and denounce the political corruption behind them.

And humor will not be lacking. Banderillas is a work of satirical and corrosive humor not suitable for offended, in the form of short slogans with double and triple meanings and a counter-motto that has just finished it off. It is also not suitable for the faint of heart.

As annexes to his main work, the author has translated and published the most wonderful work ever composed, the five books of the Saṁyutta Nikaya. To document the first authentic Biography of the Buddha, he also translated the Long and Intermediate Collections and is currently translating the eleven books of the Anguttara Nikaya. This first Authorized Biography of the Buddha is surprising on each page and totally different from the myths and legends that have been considered valid until today and, finally, a Practice Booklet to make the End of Suffering accessible to those who have it. been waiting for centuries.

The author is currently working on the first Authorized Biography of the Buddha, which is striking on every page. A good part of Tomás Morales's work has been translated into English. 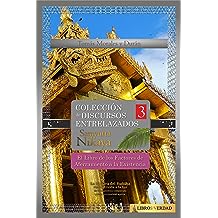 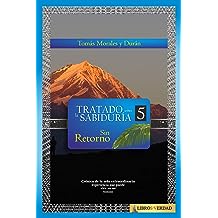 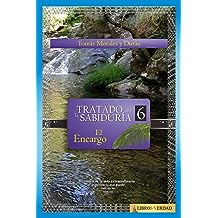 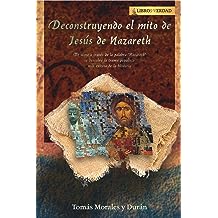 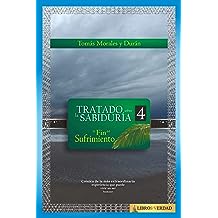 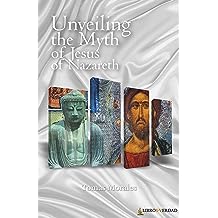 Unveiling the Myth of Jesus of Nazareth: How through the word "Nazareth" the most successful populist plot in History is discovered (Treaty on Wisdom) Nov 9, 2020
by Tomás Morales y Durán
( 1 )
$9.99
Two irrefutable truths are the starting point of a journey in which Tomás Morales embarks us through an incontrovertible investigative logic through an extensive and necessary stretch of historical analysis that leads us to discover the roots, characteristics and universal socioeconomic conditions that end up leading to Populism and the methods it uses for its implantation and perpetuation, regardless of the historical period.Morales has gone further - he always goes further - and does not settle for characters that perhaps reach the category of a footnote in a history book, but points directly to the famous Jesus of Nazareth, proving that he is a myth commissioned whose construction was a carbon copy of the quirky Buddha mahāyāna and considering him the hero of the "most successful populist plot in history."Deconstructing the Myth of Jesus of Nazareth is the title chosen to pull the thread that will confront with the truth “2,350 million Christians, 1,350 million Muslims, 520 million Buddhists, that is, a total of 4,220 million believers, or that is, people who believe it ”and the institutions that manipulate them.Deconstructing the myth of Jesus of Nazareth is a mandatory reading that warns of the risks of faith for those who consider themselves believers and, therefore, unsuspecting collaborators of populist organizations whose legitimacy is based on History defined as “a literary genre of fiction […] A collection of stories written on request ”and that“ taking it seriously refers to the infantile postures necessary to achieve being indoctrinated and enlisted ”, and those are big words.Happy journey.
Read more
Other Formats: Hardcover , Paperback 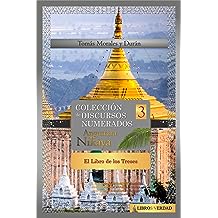 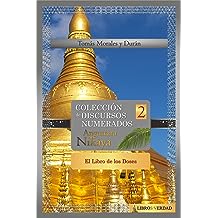 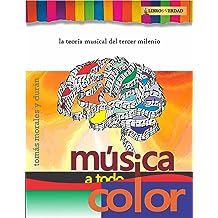 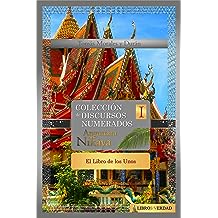 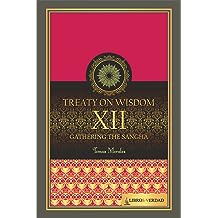 Gathering the Sangha (Treaty on Wisdom Book 12) Feb 23, 2022
by Tomás Morales y Durán
$14.17
The best gift ever given to the Māra was given to him by the mortal enemy of the Buddha, King Ajatasattu of Maghada when he organized, after the Master's death and without his having suspected it, a council to leave to posterity the corrupted teachings of the Buddha, kept and administered by an idle clergy that flourished in the heat of populist rulers who used it in their economic disputes with the Brahmins.
It had never happened that the Sāsana of a Buddha survived him, let alone corrupted. The success of Buddhism and its expansion will drown like a fireproof blanket any paccekhabuddhas that might have arisen. And without solitary Buddhas there is no Sammasambuddha.
And this is because a Buddha must take refuge exclusively in himself, without any external influence and all external contamination in the form of ideas, concepts, doctrines, visions represent an obstacle that can become insurmountable. The Māra with that movement not only succeeded in not bringing forth Buddhas, but also in turning millions of people away from the path, henceforth, and made unscrupulous, lazy and idle individuals, parasites living on the devotion of the people the public face of liberation. A liberation that was impossible.
Only in the most remote place, not only geographically but ideologically, the most refractory to Buddhism, in the most unsuspected time could Metteyya emerge. And they go and build there, in that place, those same corrupt people, an immense monastery.
Nothing like this has ever happened. We will see how it goes on...
Read more
Other Formats: Hardcover , Paperback 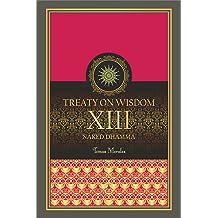 Naked Dhamma (Treaty on Wisdom Book 13) Feb 22, 2022
by Tomás Morales y Durán, Valentín García, Juan Villalón
$2.99
This book was born from the maturity of the author's teachings and shows us a very different panorama of our existence. In the sections of which it is composed, the fundamental teachings that give rise to a warp of the fabric of reality are threaded together, in a perspective somewhat different from that presented in "The Infrastructure of Reality" of this same collection. With provocative, direct and unvarnished language, the author dismantles step by step the assumptions that have been instilled from an early age in our minds and hearts, leading us away from correct appreciation, and more importantly, alerting us to the shackles that bind us to existence life after life. It is exposed how we live our lives virtually, much like the cybernetic processes that have practically flooded our society and experience the environment by processing inputs and outputs sifted by concepts. This era has been called the information age, and it is precisely this information that determines our behavior and experience. And the author explains that this information originates as a consequence of ignorance, which is like a potential field of uncertainty in which being-all-possible, each observer concretizes a reality. And this information creates a conditioning that constitutes the vital environment in which we exist, called Samsara.
And we continue to cling to it life after life, due to such ignorance and attachment to our way of life, which is the only thing we know. The rules of the game are well known by the author and exposed in the chapters in a daring way, step by step, discovering the basic problem, its cause, its consequences and its way to liberation. Reading this book may be a revelation, or cause a strong rejection, but it will not go unnoticed. Although not apparent, this is a technical book written from the heart; from its attentive reading it will be possible to obtain a good profit.
Or the opposite...
Read more
Other Formats: Hardcover , Paperback