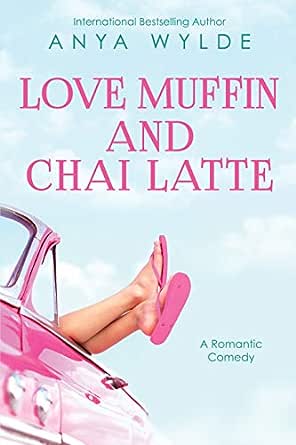 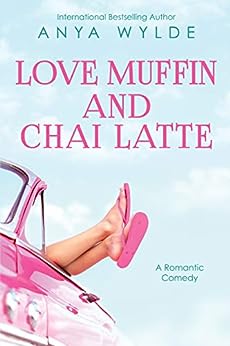 4.1 out of 5 stars
4.1 out of 5
646 global ratings
How are ratings calculated?
To calculate the overall star rating and percentage breakdown by star, we don’t use a simple average. Instead, our system considers things like how recent a review is and if the reviewer bought the item on Amazon. It also analyzes reviews to verify trustworthiness.
Top reviews

KelleyAnn1018
1.0 out of 5 stars I normally enjoy a light
Reviewed in the United States on August 14, 2017
Verified Purchase
I normally enjoy a light, fun romantic comedic read but this one just irritated me. The main character, Tabby, is just an aggravating buffoon who is an utterly ignorant and disrespectful twit. Her ignorance is not a redeeming quality nor does it endear you to her. It just makes you mad that someone (especially a woman) could be so stupid. Her utter disregard for other customs and cultures in an effort to establish herself as a "strong, independent woman" came off as rude and arrogant with a large dose of superiority. There is no way I would act the way she does in another country, and I AM a strong, independent woman. I found myself rooting for the bad guys in this one since quite frankly she deserved it. Very glad this was free because had I had to pay for it I would most definitely ask for a refund. BOOOOO! Horrible!
Read more
45 people found this helpful
Helpful
Report abuse

Sandra
3.0 out of 5 stars The story grew on me.
Reviewed in the United States on May 15, 2018
Verified Purchase
I have read a lot of Ms. Wylde’s books and loved everyone of them. Initially, I couldn’t understand what happened with this book; the writing was choppy, more suited for grade school than adults. As far as the plot went, once Maya stated she had to marry by a certain time to obtain a huge ‘payoff’ from her grandfather, Tabby should have realized that Chris had the same issue, which is why when she asked him if he loved her he responded, “I guess.” I found Tabby’s attitude towards Chris deplorable – she was a doormat, desperate, and afraid (jobless, homeless, nearly penniless).

As I got further into the story, the writing appeared less choppy, the characters more likable. Conversations still appeared stiff, but then I realized people who spoke English as a second language probably wouldn’t use contractions – Which left Tabby and her best friend and I only noticed contraction’s when they were speaking to each other.

The story became more interesting until I had to know what happened, so obviously had to finish the book. I enjoyed the family interactions, and Tabby getting to know and love everyone. There were enough humorous times to lighten up the reading, but not enough to be ridiculous (ok, references to the poo ring got to be a bit much).

Although I didn’t find Love Muffin and Chai Latte as good a read as her regency romances, it was a good solid three stars and I’m glad I bought and read this book prior to beginning on book two, ‘Goodness Gracious Gracie’ which Ms. Wylde thoughtfully provided for an honest review, which will follow.
Read more
11 people found this helpful
Helpful
Report abuse

Lorna
VINE VOICE
5.0 out of 5 stars Wonderful Fun Read!
Reviewed in the United States on December 7, 2015
Verified Purchase
4.5/5 Stars(PureTextuality.com)First things first. Most of this book takes place in India. That’s for people that think this is the normal contemporary romance read. Thanks to Sophia at Delighted Reader blog for the recommendation, because to be honest the cover and title were not conducive to me buying or reading this book. And I am really glad I did!

Tabitha is an American living in England and dating a rich Indian guy named Chris. When he proposes out of the blue-admittedly after a year of dating-she is pretty flabbergasted, but accepts. Not because she loves him, more because she doesn’t have anything else. Well she has a sister that married her fiance. And that was quite the blow to her self esteem, not to mention having a sibling that would do that to her. So Tabby finds herself on a whirlwind trip to India.

Tabby was a fun character, and actually grew a lot as a person throughout this read. At first I thought she was pretty stupid to accept a proposal without love, and as the story progressed she does realize it. Chris was just horrible in the end. He has his own agenda, and it’s pretty nefarious. Tabby meets another member of Chris’s huge family, a cousin by the name of Dev. Dev is everything good that Chris isn’t. She also is befriended by Maya, Chris’s sister. Maya is being railroaded into an arranged marriage. She is desperate to have her freedom, and it’s not long before Tabby is helping her figure out a way to get out of it. And Dev, Maya, and Tabby begin spending time together to that end. But another character would have to be all of Chris’s many colorful, and sometimes outspoken relatives. They were quite the group and you never knew who was going to say or do something funny from one minute to the next.

This book had me laughing from almost the first page and all the way through. It’s a romance of course, but I would characterize it more as a comedy than anything else. Tabby manages to get herself into so many situations that were out and out hilarious at times. There’s no sexual scenes and honestly I didn’t miss them. But what there is, is a wonderful story about an American girl, an Indian family that ends up loving her, and a man who falls in love with his cousin’s intended. The customs, the food, the beauty of India, all of that is in this read, as well. I really wish this book had a better cover and title for that matter, as people may just pass this book by thinking it’s not a good read, when that couldn’t be further than the truth.
Read more
55 people found this helpful
Helpful
Report abuse

True-Blood.net
4.0 out of 5 stars Adorable
Reviewed in the United States on August 15, 2015
Verified Purchase
I'm such a fan of Anya Wylde that I no longer even read the synopsis before buying her books. Imagine my surprise to open this one and discover that it's a contemporary romance, mainly set in India! (Her other novels are set in Regency England.) I wasn't sure what to think about the story for the first few chapters, meeting our heroine in an established relationship, but Tabby's misadventures meeting her fiancé's family kept the pages turning. Once the story moved to India, things really began heating up and I simply could not put the book down. I finished it at 3 o'clock this morning, and just went back to read the last chapter again. *le sigh*

The only reason I went with four stars instead of five is because it doesn't appear that the book was copy edited. There are several grammatical errors, some missing words, etc. Not enough to ruin the book, but more than an experienced editor should let slip through.
Read more
62 people found this helpful
Helpful
Report abuse
See all reviews

Perkins
4.0 out of 5 stars Enjoyable and different
Reviewed in the United Kingdom on April 9, 2017
Verified Purchase
Tabby (Tabitha) is an American trying to survive in the UK. Having lost her job and been thrown out of her flat, her life is in turmoil, even more so when you learn that after the sudden death of her mother when Tabby was in her teens, her father became an invalid and her glue-sniffing sister ran off with Tabby's fiancé. Tabby's method of coping with her losses is a combination of fleeing to the UK and wearing old items of clothing that remind her of good times with her family. Her father's jacket, her mother's dress and her sister's sunglasses, all of which make her look like a bag lady. Enter incredibly handsome and wealthy Indian boyfriend Chris who, inexplicably, asks her to marry him and from the very start, we know that Tabby's acceptance of his proposal is a huge mistake. I was surprised to learn that the author has written other series of books as I found the writing style quite naïve. There were quite a few errors not only grammatical but in the use of the incorrect vocabulary and spelling where at least one word, having been initially correctly spelt was then repeatedly misspelled. The dialogue was very strange in places and for me, the attempts at portraying Tabby as zany and accident prone didn't work particularly well. I found those situations rather clumsy and contrived. Nevertheless, I also found the portrayal of India and the family dynamics truly fascinating and very enjoyable. In spite of everything, I thought the characters were very well-drawn, enjoyed the story and found it refreshingly different and full of affection for the culture and lifestyle that Tabby found herself embroiled in. An absorbing read.
Read more
3 people found this helpful
Report abuse

Araldia
5.0 out of 5 stars Not my usual type of book, but so happy I read it.
Reviewed in the United Kingdom on June 8, 2018
Verified Purchase
This book kept me giggling out loud till the very last page. There's none of the usual bodice ripper scenes shoehorned in for cheap thrills, just a funny, clever, well researched and interesting plot. The author clearly cares about her characters and scenes, has proof-read really well. Definitely worth a read.
Read more
2 people found this helpful
Report abuse

Amber
5.0 out of 5 stars Light and funny
Reviewed in the United Kingdom on July 9, 2017
Verified Purchase
I really enjoyed this book! It had me giggling to the point where even my husband was looking at me like I was crazy! It was a warm, funny and romantic story line that touches your heart and makes you smile. I recommend this author and book for a lovely read.
Read more
2 people found this helpful
Report abuse

Kindle Customer
3.0 out of 5 stars Love muffin
Reviewed in the United Kingdom on June 3, 2018
Verified Purchase
An interesting book. I liked all the descriptions of India. What a lot of very different characters. All coming together to make a complete story with a happy ending for all the characters
Read more
One person found this helpful
Report abuse
See all reviews