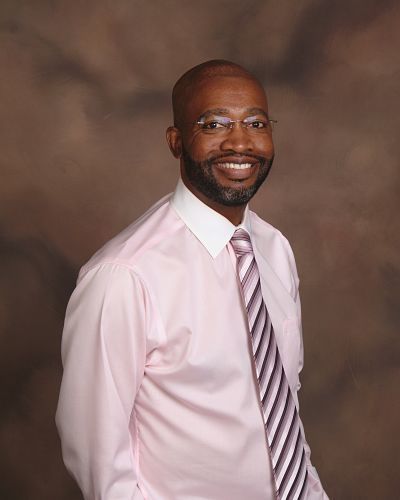 Start reading Mugamore on your Kindle in under a minute.

atomskeater
4.0 out of 5 stars Discusses child well-being issues by presenting the tales of two kids
Reviewed in the United States on March 11, 2014
Verified Purchase
Mugamore presents a series of excerpts from the titular character's life, and analyzes how key moments may have affected his development. Later on we're introduced to Taylor, a young boy who is bounced around between different homes in his youth. Mugamore's reasonably peaceful/average childhood is greatly contrasted by Taylor's. A good amount of research seems to have gone into this story, as each chapter is backed by a list of references and draws on studies and papers to draw conclusions. Summation paragraphs go over what was discussed in the chapter, and it's a nice touch to make sure the point comes across even if I had no problem following along during the chapter. The cover reflects the contents, and features a picture of a young boy with things like ADHD written across his face in large letters.

The writing style is simple and direct, and, to me, seems somewhat dry. The tone is more like an essay than informal or casual, and the language used doesn't contain a lot of jargon or technical terms regarding psychology and child development. The point of view is from a third person narrator that is closely linked to each boy and thus is able to communicate their thoughts. It's a way to get a child's perspective while still being able to analyze things better than a child would. I thought Mugamore's section had a bit more focus to it than Taylor's chapters, and thus they proceeded more smoothly and were easier to read through. The book also compares various social institutions and methods of parenting between now and the 1960-70s. It's an above average book, although it's not for everyone; I think people interested in child rearing and development will definitely learn something new.

The formatting was good, I found no problems with it.

Garrett Zecker
VINE VOICE
4.0 out of 5 stars Fresh Perspective on Modern Pedagogy
Reviewed in the United States on January 12, 2014
Verified Purchase
In Mugamore, Dr. Jefferson has lifted the curtain on the incredibly complicated failings, misadventures, misdiagnoses, and terribly directed business oversight of the new quantitative educational system for both educators and the general public. Unlike a great deal of obfuscation and acronym that cripples many of the industry texts, Jefferson presents information in an unbiased and direct way, while using peer-reviewed sources presenting educational data that seems to me to have been largely ignored by policymakers and educational leadership in the United States, further adding to a system that is crippling students and educators under the guise of making everything better.

One of my favorite parts of the book was interestingly also one of my biggest gripes with it.

Jefferson presents a lot of information in a allegorical and anecdotal manner throughout the text, presenting several characters who tell a story beside the data being presented. This presents real world applications that seem to walk through the last forty years of events and educational decision making leading us to where we are today. It presents some of the ways education was failing in 70s and 80s, but then counterbalances it with the variety of surprisingly different failures that are happening today. The book does this with an engaging narrative that is touching, shocking, and real, and then these chapters are followed or preceded with the topics about educational policy most directly related to the thematic elements of the narrative.

As much as I liked the narrative portions, I also didn't like it because it was clear throughout the book that the author had some specific investment in the characters of Mugamore, Taylor, and Dr. Bixby. It turns out that we learn he does have direct investment, but that personal investment may have affected the structure of the narrative in terms of the creative writing aspect of the story in several moments when I was confused about who I was reading about. Furthermore, in my opinion there were some poor transitions between the two stories and the academic portions as well. Both of these things may have been a little easier to understand if there was clarity on the pseudonymous characters from the beginning. One final thing is that the weight of the anecdotal aspects might be the only thing keeping this book from being an industry tool that it could easily have become - and I wonder if it could with a little more balance and tweaking of the research portions (although, I am sure that the accessibility of this work to the general public might also be an important selling point to the author and the publishers - and should be commended as well!)

In brief, Mugamore is an excellent book about educational policy and the effects of a world constantly at odds with wanting students to succeed by focusing on the wrong things. While Jefferson doesn't entirely provide any answers, his study on the topics over the generations and the various effects on three distinct people is an inspirational approach to an industry oversaturated with ineffective literature that can be enjoyed in one sitting by a parent, administrator, education professor, and everyone in between.
Read more
One person found this helpful
Helpful
Comment Report abuse

Michelle Lofton
3.0 out of 5 stars Easy-to-Read without a lot of industry jargon
Reviewed in the United States on February 19, 2014
My initial reaction to the cover of this book was of immediate dislike. It features a boy with labels across his face. I thought, “Here we go again…” and did not feel compelled to want to read this book, but then I read the entire title of the book, Mugamore: Learning without Labels—Lessons for Educators, and I was intrigued.

As a homeschooling parent most educational theory books draw my attention. I want to know what is going on in and around education today. I have read extensively and I am usually underwhelmed by new books because I find that they are just the same old information with a new cover and a slightly different voice. Skimming through the chapter titles, I wasn’t expecting to be wowed or to gain much new insight from Dr. Jefferson’s book. However, Dr. Jefferson draws attention to the problems facing today’s educational system by juxtaposing American schools in the 21st century to their late 19th century counterparts. It is clear that Dr. Jefferson believes that today’s schools have declined since the 80s and have lost their focus on educating the whole child in lieu of preparing them for standardized tests. He is quick to surmise that today’s educational model is to slap labels on children, especially boys, and place them in special education classes.

The first half of this nonfiction book follows Mugamore, highlighting his experiences within the American education system in the mid-70s and early 80s. Mugamore was a child living in the inner-city who ran away from school in second grade, was retained in third grade but overcame these obstacles to become student body vice president in sixth grade. Although not wealthy, Mugamore is a product of a nuclear family with both a father and mother in the home and siblings. His summers are spent on a family farm in the country where Mugamore and his siblings are given the freedom to explore and to just “be kids.”

In the second half of the book, Dr. Jefferson introduces us to Taylor, a young man born to a cocaine-addicted mother. Taylor was adopted twice, first by a foster mother who eventually terminates her parental rights, and again at the age of 14 by a school administrator. Taylor spends his childhood bouncing around between residential treatment facilities and group homes. His childhood is vastly different than Mugamore’s. Therefore, it is difficult for readers to draw accurate comparisons between the educational experiences of the two boys as they are not on an equal playing field. While the first half of the book, Mugamore’s story, was compelling, Taylor’s story was a more difficult read. There were pages of therapy notes from his stay in a facility in Jamaica, many of which did nothing to move the story along. I found myself wanting to skip over the notes.

Dr. Jefferson ends each chapter with a “wrap-up,” which summarizes the chapter’s key points and provides a few resource links. I found the wrap-up sections useful, but wish they had been expanded to really delve more deeply into the issues. I was hoping for suggestions, and more theoretical or empirical evidence on how to improve a failing educational system to make this a truly useful book for teachers and others in the education industry.
Read more
One person found this helpful
Helpful
Comment Report abuse
See all reviews