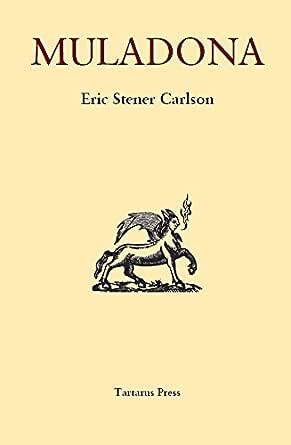 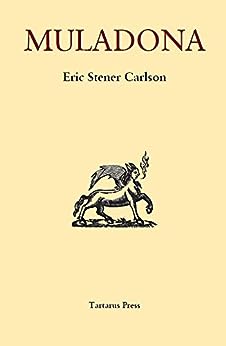 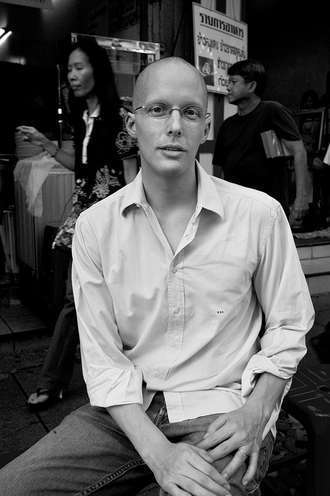 John Kelley
5.0 out of 5 stars I Dare You to Put 'Muladona' Down.....
Reviewed in the United States on October 9, 2016
Verified Purchase
I'm a bookworm!! I've been consumed by books since I was four, learning to read behind my mother's back!! Which has turned me into a discriminating reader (aka book snob!?!?!).

Even more, I grew up in Mexico, not too far from the place in east Texas where Muladona takes place. I had 9 years of Mexican history in grade school and high school, including the history of Texas which was, for many years, a part of Mexico. And I did my PhD in cultural anthropology, specializing in Hispanic culture generally, and Mexican culture specifically.

So I approached 'Muladona' with a critical mind. I was sure I'd be picking holes in it from page 1.

But the minute I picked it up and read the first pages, I knew I couldn't put it down. Carlson's story is packed with historical and cultural information that was new to me. Especially the 'Muladona' figure, a myth that has its origin in medieval Spain that found a receptive audience in a culture that is raised on mythical figures that can change form at will.

The plot is gripping, as it pits characters against each other in a sort of Greek tragedy. People who are trapped into acting in certain ways by their own culture and history.

But the plot and the characters aren't what hooked me on 'Muladona'. Instead, it is Carlson's style. I read his first book, 'Saint Perpetuus Club of Buenos Aires', which is written in a neo-Borges style. For 'Muladona', Carlson changes his style completely - it fits right into early 20th century Texas.

There are few authors who have mastered the ability to fit their style to their subject. But Carlson has done it, and done it well.

So, I dare you to start 'Muladona' and then put it down. Read the teaser that Kindle lets you read at no cost, and then you'll have no choice but to buy the book.

I can't wait for Carlson's next book....

alain francois jean nakbi
5.0 out of 5 stars Amazing book!
Reviewed in the United States on August 6, 2016
Verified Purchase
A terrifying book that will take your breath away... A boy has to guess who the devil is to save his soul!
Read more
Helpful
Comment Report abuse

J. Huang
5.0 out of 5 stars A unique and visionary novel
Reviewed in the United States on October 19, 2016
I just finished Muladona by Eric Stener Carlson and really enjoyed it. I picked this one up on the strength of his previous Tartarus Press book the Saint Perpetuus Club of Buenos Aires which was also an extremely memorable read. Throughout this Spanish/American, Folk-Gothic, Horror novel Carlson's main narrative is interspersed with stories related to the boy protagonist by the demonic Muladona, during its horrifying nightly visits. Though this means a lot of disparate information and mood-switching to get used to at first, I was propelled forward by the originality and intrigue of the tale, and had settled into the book's twisted reality by the end of the first few chapters - helped by the fact that the Muladona's taunting stories just get creepier and creepier, creating a growing sense of genuine unease, mystery and peril. By two thirds of the way into the novel, I was fully hooked and couldn't put the thing down. All in all a very unique vision. Loved it. (It would be an amazing movie too!)
Read more
Helpful
Comment Report abuse

Claus
5.0 out of 5 stars A hauting masterpiece
Reviewed in the United States on October 5, 2016
The plot of this amazing novel has been given elsewhere in the reviews above. I bought this on the strength of the author's superb debut (?) novel "The St. Perpetuus Club of Buenos Aires" which is an excellent, superbly constructed and very gripping read, too. This story is steeped in traditional lore and dreams, and it certainly didn't disappoint. It's not visceral horror (thank god) but a slow suspenseful very unsettling strange tale. It's not light entertainment but a work of literary genius, a story that has the scope and subtlety to truly haunt you. I would definitely buy any new book Mr Stener Carlson publishes. PS: I've read this in the hardcover format from Yorkshire's extraordinary independent publishing house Tartarus. It's a story that belong samong sturdy, well designed covers.
Read more
Helpful
Comment Report abuse

T Cavers
5.0 out of 5 stars Great book
Reviewed in the United States on June 26, 2016
I really enjoyed this book, even though it doesnt fit into my preffered llanras. It was undoubtedly gripping, it constantly had me on the edge of my seat. I was driven by my egerness to know who the muladona was and to hear its next story. The plot was defintely captivating (maybe less words could have been spent on the portion before the muladon arrives) and the writing was detailed, but not too heavy. I recomend this book for middle school and up.
Read more
Helpful
Comment Report abuse
See all reviews