You've subscribed to The O'Sullivan Chronicles! We will preorder your items within 24 hours of when they become available. When new books are released, we'll charge your default payment method for the lowest price available during the pre-order period.
Update your device or payment method, cancel individual pre-orders or your subscription at
Your Memberships & Subscriptions
There was an error. We were unable to process your subscription due to an error. Please refresh and try again. 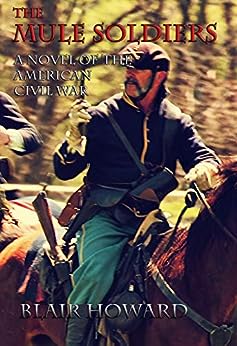 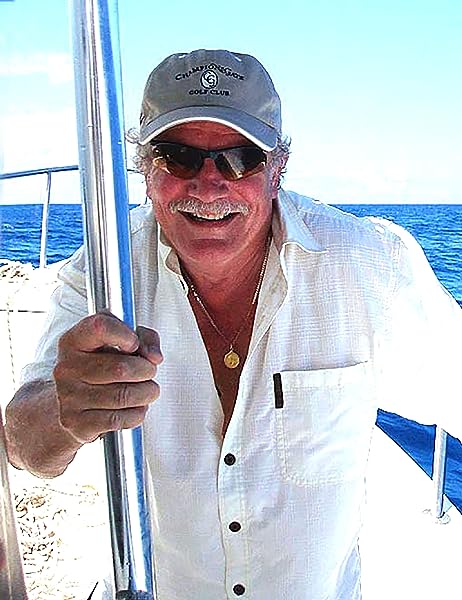 The Mule Soldiers: A Novel of the American Civil War (The O'Sullivan Chronicles Book 1) Kindle Edition 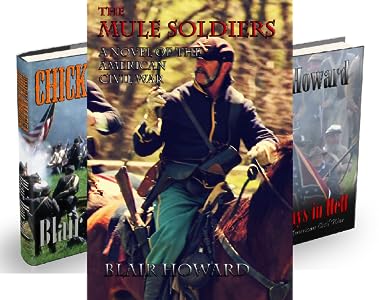 Author's Note: Although this book is a work of fiction, it is historically accurate. The words the characters speak - the generals (all of them real), the officers (most of them real), and the fictional characters -  are my own, my personal interpretation of what might have been said in any of the given situations. Everything you have read here actually happened. The timeline is accurate. There are no available maps, so I had to build my own. They, too, are as accurate as I could make them. I had a lot of fun creating the fictional characters. My inspiration for Sergeant Major O'Sullivan was the cavalryman you see on the front cover of the book. Then there are those wildly hilarious moments involving the mules and their new masters - I had more fun dealing with that situation than any human being should be allowed to have. Then, of course, there are the two combatants: Union Colonel Abel Streight and Confederate General Nathan Bedford Forrest; they say that truth is stranger than fiction; no two men illustrate the point better than they do. I hope you enjoy reading the book as much as I enjoyed writing it.

4.2 out of 5 stars
4.2 out of 5
173 global ratings
How are ratings calculated?
To calculate the overall star rating and percentage breakdown by star, we don’t use a simple average. Instead, our system considers things like how recent a review is and if the reviewer bought the item on Amazon. It also analyzes reviews to verify trustworthiness.
Top reviews

Keith Hocking
4.0 out of 5 stars A civil war documentary
Reviewed in the United States on March 3, 2020
Verified Purchase
This was a thorough analysis of a segment of the civil war. It is quite detailed and will appeal to historians. The actual involvement of mules is in passing. Although their utilization was unusual the book doesn't really look at that. The challenges of fighting a war with limited intelligence and geographic hardships is the subject. Following the unit through tightly described progressions is the offering.
Read more
2 people found this helpful
Helpful
Report abuse

James Martin
3.0 out of 5 stars A terrific yarn
Reviewed in the United States on October 19, 2020
Verified Purchase
This book was so interesting, recounting the story of a civil war engagement that is little known. The author really created a edge of your seat adventure as Federals and Confederates play cat and mouse, The Feds are trying to make a raid on Rome Georgia to destroy the railhead and the Rebs are trying to stop them You never know how it is going to play out until the very end.. The amount of historical research that went into this is mind boggling almost all of it is fact even though it is a novel. A most rewarding read. The only reason I gave it three stars is that the best written book but I almost never give out 5 stars and someone like Richard Russo only gets 4. I heartily recommend your buying and reading this book if you are a Civil War affectionado or are into US history.
Read more
Helpful
Report abuse

Wolf Rankis
2.0 out of 5 stars Good historical information, but a slow read.
Reviewed in the United States on November 22, 2020
Verified Purchase
Its an interesting read from the historical perspective, but for the most part reading is like watching paint dry. To be honest, I haven't been able to get through it, and have read two other books in the meantime. I'll go back and try to get through it when I finish the one I am currently reading.
Read more
Helpful
Report abuse

Anne Morgan
5.0 out of 5 stars loved itt
Reviewed in the United States on September 15, 2015
Verified Purchase
Never knew the soldiers had ever used mules. I have read a lot of books about the civil war but never came across that part. I have to say this is one of the most interesting books I have read in some time. This author describes what was going on so well I can just picture it in my mind and one scene especially where they are trying to unload all the mules and soldiers from the transport boats I laughed so hard I cried, it was that good.
Read more
6 people found this helpful
Helpful
Report abuse

Brenda
5.0 out of 5 stars Wonderful and detailed Civil War story.
Reviewed in the United States on August 29, 2015
Verified Purchase
Wow! A great Civil War story. Makes it all come to life and also lets the reader know what a terrible thing war is. The battle scenes are well grafted and the blow by blow details are great. I loved the detail of the mules and their antics. Being a fan of the mule, I enjoyed reading just how cantankerous and troublesome they were. Even if you are not a fan of Civil War stories, this one will get and keep your interest. Loved it all!
Read more
5 people found this helpful
Helpful
Report abuse

Amazon Customer
3.0 out of 5 stars Good story-unexpected ending
Reviewed in the United States on April 11, 2015
Verified Purchase
Good setup for the story. True ones are usually the best. Not knowing much about the Civil War, I didn't know how the story would end. I didn't expect the ending, & that's one of the hallmarks of a good story. I gave it 3 stars because it was an unedited version, which made for clunky reading.
Read more
5 people found this helpful
Helpful
Report abuse

Amazon Customer
4.0 out of 5 stars Good Reading About a Little Known Mission.
Reviewed in the United States on January 6, 2016
Verified Purchase
Very enjoyable story about a true event. The characters seemed to be their real selves, the actions added to my fuller understanding of the full scope of the American Civil War, the ending actually surprised me. One interesting revelation was the difference between orders given and orders followed; true in all wars, but for some reason more disturbing here.
Read more
2 people found this helpful
Helpful
Report abuse

Alan Neville
4.0 out of 5 stars A lost campaign
Reviewed in the United States on June 16, 2015
Verified Purchase
As a Civil War buff I thought I had heard/read of all the many stories of that 4 year struggle.Obviously not as I had never heard of the Mule Soldiers. When I first saw the book I immediately googled the topic and saw that the book was based on a true campaign, which I personally much prefer.

The two main Union characters are fictitious (and appear in further Blair Howard books) and perhaps they are a little too cliched i.e. the Irish born Sergeant who can shoot, ride, fight like 10 men and his small weasel like companion. Nevertheless I enjoyed the book and learning something fresh about the ACW.
Read more
4 people found this helpful
Helpful
Report abuse
See all reviews

D. Spencer
4.0 out of 5 stars A rattling good yarn
Reviewed in the United Kingdom on October 21, 2015
Verified Purchase
This is a fast-paced adventure that is a delight to read. The narrative is a bit untidy at times, and it could've done with a couple more proof reads to spot some errors, but that didn't stop it from being a very good book.
And it inspired me to find out more about Streight's raid and Grierson's too.
Good stuff.
Read more
One person found this helpful
Report abuse

David Leigh
5.0 out of 5 stars A boy of the brave.
Reviewed in the United Kingdom on January 10, 2016
Verified Purchase
Chosen because the Civil War interests this British reader this book is well written and moves at a cracking pace.
Give it a try as I am sure that it will be enjoyed by readers who do not share my keen interest in this period of US history.
Read more
One person found this helpful
Report abuse

James Slinger
5.0 out of 5 stars the book is exactly as per the review
Reviewed in the United Kingdom on August 6, 2020
Verified Purchase
this is first time used the book service excellent choice of novels and shall certainly continue to use amazon books
Read more
Report abuse