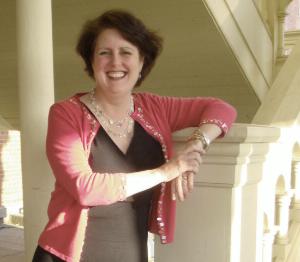 "An entertaining debut."--Booklist
"Spot-on…with wit and verve."--Richmond Times-Dispatch
"If you love Agatha Christie, Sue Grafton, and Sara Paretsky, you'll be delighted by Murder 101."--Sheila Curran, author of Diana Lively Is Falling Down
"Grade: A."
--Susan McBride, author of the Debutante Dropout Mysteries
"Romance, humor, and suspense blend perfectly in…the first of what hopefully will be a long series."--Publishers Weekly (starred review)

When a student turns up dead, a professor turns amateur sleuth in the first novel in a sparkling new series from Maggie Barbieri.

"An entertaining debut."--Booklist
Safely outside the New York City limits, St. Thomas College was supposed to promise peace and quiet. Unfortunately, English professor Alison Bergeron has found it to be anything but. She recently divorced a fellow faculty member and, more recently, her car was stolen. Then one evening, she gets a visit from two homicide detectives from the NYPD. The good news is that they found Alison's beat-up Volvo; the bad news is that the body of one of the students in her Shakespeare seminar was in the trunk.

"Spot-on…with wit and verve."--Richmond Times-Dispatch
Now, not only must Alison continue to hoof it to campus (a fate almost worse than death), she's become a prime suspect for a murder she did not commit--and her efforts to clear her name have landed her in hot water with an even hotter Detective Bobby Crawford, who happens to be a former altar boy, and the sinfully suspicious nuns of St. Thomas. All hell's about to break loose if Alison can't find the real killer…before it's too late.

"If you love Agatha Christie, Sue Grafton, and Sara Paretsky, you'll be delighted by Murder 101."--Sheila Curran, author of Diana Lively Is Falling Down

Maggie Barbieri is a freelance textbook editor as well as a mystery novelist. Her father was a member of the New York Police Department, and his stories provide much of the background for her mysteries. She lives in Westchester County, New York.

4.1 out of 5 stars
4.1 out of 5
67 customer ratings
How does Amazon calculate star ratings?
Amazon calculates a product’s star ratings based on a machine learned model instead of a raw data average. The model takes into account factors including the age of a rating, whether the ratings are from verified purchasers, and factors that establish reviewer trustworthiness.
Top reviews

Kimberley C.
4.0 out of 5 stars What fun!
Reviewed in the United States on May 9, 2012
Verified Purchase
I thoroughly enjoyed this first book in the Alison Bergeron mysteries. Maggie Barbieri has created an engaging, quirky heroine who was, for me, instantly likable. Although I found the mystery aspect of this story some what light, especially for a "cozy mystery", I loved the plot, pacing, characters, and dialogue. I literally laughed out loud at several points in this book. How much did I enjoy this novel? I have already ordered the remaining books in the series and look forward to catching up with Alison, Bobby, Fred, Father Kevin, and friends (as well as enemies!)
Read more
Helpful
Comment Report abuse

Book Collector
4.0 out of 5 stars Light hearted fun
Reviewed in the United States on December 12, 2006
Verified Purchase
The mystery and romance are light hearted fun. The characters were well developed and there is definitley potential there for sequels. The only complaint I have and the reason why I gave it 4 stars rather than 5 is that the primary character, Alison, is CONTANTLY fainting, throwing up or crying. While I enjoy the rest of her personality, fainting once would have been enough and I can't stand women who cry at the drop of a hat. So...looking forward to more from this author. If this is her debut book as the reviews have stated, then her next books should be exellent as her first one is very good.
Read more
9 people found this helpful
Helpful
Comment Report abuse

Jedi Master Yodachick
5.0 out of 5 stars WOW
Reviewed in the United States on May 14, 2012
Verified Purchase
I was expecting a light, fluffy mystery. Was I surprised to get a wonderful, rich debut mystery full of interseting characters, strong romance and a dead body in the trunk! Loved this book. Ms. Barbieri has created an interesting setting for this mystery..... those of us who attended parachoial school is recognize the ambiance. I am bypassing my TBR pile and buying all the books in this series. Can't wait to read why happens to the struggling, fragile relationship between Ali and Crawford.
Read more
Helpful
Comment Report abuse

samkcollins
4.0 out of 5 stars Good Cozy
Reviewed in the United States on January 18, 2019
Verified Purchase
Story was good but narrators voice did not seem to fit character.
Read more
Helpful
Comment Report abuse

T. Faranda
5.0 out of 5 stars If you like fun reads, get this book
Reviewed in the United States on November 19, 2006
Verified Purchase
All right. I have to admit that I haven't read any murder mysteries in a few decades. I think I read a few Agatha Christie's quite a while ago, and enjoyed them, but that's about it.

So why would I read a murder mystery by a new author? Well, because I know the author!

An easy, light-hearted read, and it was really good - very amusing!

Now I may be biased. But the #1 reviewer on amazon,with 12,743 reviews (and counting) gave the book five out of five stars also. See the review below.

The heroine of the book is Alison Bergeron, an English professor at a small Catholic college located north of Manhattan on the Hudson river (Sounds suspiciously like Mount St. Vincent's). If you can imagine Lucille Ball, Carol Burnett, and Zena the Warrior Princess, all rolled into one, that's Alison.

A week after Alison's divorce is finalized, her car is stolen, and when it turns up, it's got the body of one of her students stashed in the trunk.

There's some fun character development of friends, enemies, and ex's, a romantic interest with one of the investigating detectives, lots of glib humor, one liners, and a clever ending.

All good fun. A breezy read and a great gift for Christmas.

I'm looking forward to the second installment of Alison's adventures!

Debbie Bell
1.0 out of 5 stars Great book. Kindle version sloppy.
Reviewed in the United States on February 17, 2013
Verified Purchase
I am a fan of this series, so when I got my Kindle, of course, I wanted it in my collection. Unfortunately, the Kindle version is poorly done. Mistakes in spelling and spacing. Words are missing. I expected better. I am going to try one more in the series, but if the quality is as poor as this one, I will not be buying the rest.
Read more
3 people found this helpful
Helpful
Comment Report abuse

erin
5.0 out of 5 stars still cute...
Reviewed in the United States on October 25, 2017
Verified Purchase
Am rereading the series. Very much enjoyed them, yet again, the second go 'round...
Read more
Helpful
Comment Report abuse

GD
5.0 out of 5 stars Love the series
Reviewed in the United States on February 5, 2014
Verified Purchase
I've bought all of this author's books and am never disappointed. This book was fun, as usual. The characters are relatable and easy to like. It's a mystery that includes a lot of comedy. I've recommend this book to many.
Read more
Helpful
Comment Report abuse
See all reviews from the United States

Ms. Fiona Allen
3.0 out of 5 stars Elementary proofreading required
Reviewed in the United Kingdom on April 14, 2014
Verified Purchase
OK, it's pedantic of me, but still, when the entire premise of the story is that it's set in a Catholic university, with a Catholic literature teacher as the heroine, I didn't really expect to be reading about someone's "prayer missile". So I sniggered a bit before mentally adjusting to "prayer missal".
But it's a decently exciting story; murder, kidnapping, a bit of B&E, and it all works out nicely in the end. I'd say this was a grand choice for a read-and-chuck holiday book.

daxie1968
5.0 out of 5 stars Funny,witty and a great read!
Reviewed in Germany on October 26, 2009
Verified Purchase
Alison Bergeron is a rather untypical heroine with a weak stomach in the wrong moments and a also bad habit to faint in other wrong moments...So in her job as an English professor in St. Thomas College she is perfectly placed. But when her old car gets stolen and reappears with one of her students dead in the trunk,she gets involved in something very dangerous. Furthermore she is the Nr.1 suspect and has to clear her name. Nice to have a good looking and intelligent detective come along ...
What a great read!Alison is very likeable and absolutely funny, I laughed out loud many times. All is in an perfect mixture, the story, a bit of romance and the development of the charakter of Alison.
Highly recommended for all those, that love cozy mysterys with a little dosage of Janet Evanovich.
Will directly order the other two books in this series.