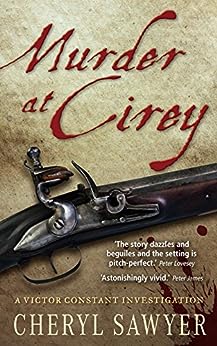 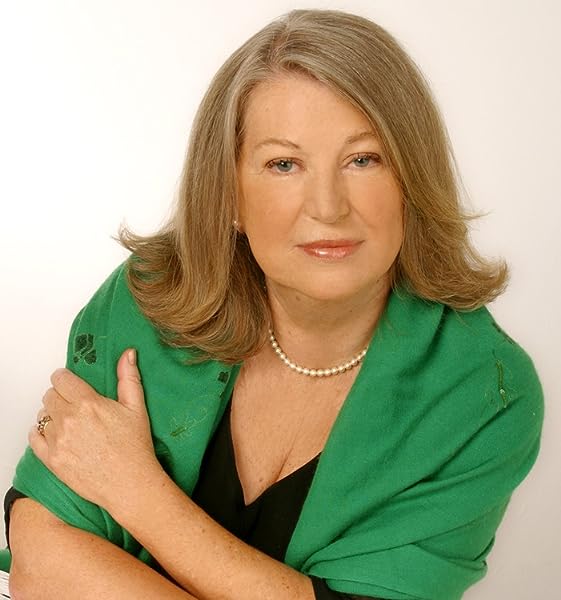 Cheryl Sawyer has had six historical novels published in severalcountries by Random House, Penguin, Mir Knigi, Via Magna, Bertelsmannand others. Her protagonists face challenges in a world that ischanging, and the eventful period that engages her most passionately isthe eighteenth century, the age of the Enlightenment, revolution andinternational conflict, in Europe and across the Atlantic.

Cheryl has setMur der at Cirey, Victor Constant's first investigation,in what seems at first a peaceful rural district where everyone knowstheir place: the gentry in their country chateaux, the merchants in theprovincial towns and the well-to-do farmers growing wheat, beans andgrapes on the fertile Champagne land ...

As a mounted trooper, Victor Constant occupies one of the lowest ranksin a rigidly ordered society, where privilege often holds sway overjustice. But his superior officers learn at once that Victor's own sense of justice is too deep to be gainsaid, no matter how many powerfulpeople may stand in the way of the truth. One of these gentlemen, thenotorious free-thinker, Voltaire, plays an ambiguous role at thebeginning of the story.

Cheryl Sawyer says: 'Victor boldly tackles the mystery of these crimeshimself, against all odds. But Voltaire does make a contribution, as akind of consultant detective. Writing this 18th century policeprocedural required a lot of research, of course. Which provided themost extraordinary background for Victor's tenacious and risky methodsof detection. His next investigation will take place in the same region, where he has the great skill of revealing what goes on beneath thedeceptive surface of "well-ordered" society.'

This exhilarating first stab at a murder mystery by veteran historical novelist Sawyer (Rebel, 2014, etc.) rings true. Primarily set in France during eight days in 1735, the novel centers around military police corps member Victor Constant, who is propelled by a strong sense of justice, which often keeps him from noticing whose toes he steps upon. It’s this stunning indifference to France’s very strong class structure that earns Parisian Constant an involuntary transfer to the picturesque rural region of Champagne. Constant launches the investigation of the murder of a nobleman’s ambitious clerk on a nearby estate. At the estate, he meets, in an inevitably adversarial manner, the playwright Voltaire, opinionated lover of the estate’s mistress, Madame du Châtelet. Other members of Constant’s Chaumont brigade quickly pick up a penniless outsider as a suitable suspect in the crime … Constant is soon racing the clock to find the true mastermind behind the heinous deed as he battles provincial attitudes … Sawyer has created a winning character in the obstinate Constant in what is the first book in a proposed series, and she has surrounded him with memorable characters, both noble and commoner. Her experience as a historical researcher shines through, such as when Constant performs the 18th-century equivalent of a ballistics match … A promising start in a new direction featuring a headstrong but street-smart detective. --This text refers to an out of print or unavailable edition of this title.

Kirkus Review
"This exhilarating first stab at a murder mystery by veteran historical novelist Sawyer ... rings true. The novel centers around military police corps member Victor Constant ...  Constant is soon racing the clock to find the true mastermind behind the heinous deed as he battles provincial attitudes ... Sawyer has created a winning character in the obstinate Constant, in what is the first book in a proposed series, and she has surrounded him with memorable characters, both noble and commoner. A promising start in a new direction featuring a headstrong but street-smart detective."

Historical Novel Society: Editor's Choice
"Cheryl Sawyer weaves an excellent story and creates fabulous characters that stay with you long after you finish the book. Victor becomes something of a Richard Sharpe character, one you feel is infallible and is going to emerge victorious ... The novel is beautifully written and researched. Ms Sawyer combines vivid detail of murders and attacks with an enviable delicacy of touch with romantic scenes ... This is a fabulous novel and a rewarding read. I am glad to have known Victor Constant and I will look out for more of him in the future." --This text refers to an out of print or unavailable edition of this title.

James
4.0 out of 5 stars A Wonderful Read!!!
Reviewed in the United States on April 26, 2015
Verified Purchase
Cheryl Sawyer has a gift for writing a period police procedure and turning it into a suspenseful mystery.
After a young, handsome man is found murdered, Victor Constant, a military policeman, decides to pursue the case and uncover the killer.
He constantly runs into roadblocks as the people of Cirey aren't forthcoming with information about the victim. As Victor starts to come up with a list of potential suspects another murder is committed.
I thoroughly enjoyed reading this story because it's not a time period I usually read. I learned a lot about France. The only issue I have with the book is there are a lot of characters to keep up with. Also there are two protagonists, Victor and Voltaire. I found myself have to reread certain sections to keep up with the names, but this is a minor issue. Id recommend the book to anyone who enjoys mystery and suspense.

Annette Federman
5.0 out of 5 stars As Victor Constant does his best to track down the culprit
Reviewed in the United States on June 15, 2015
Verified Purchase
Murder at Cirey is a compelling historical murder mystery that brings eighteenth century France to life with vivid detail. Cheryl Sawyer has created an intriguing and dashing figure in Cavalier Constant. His displeasure at having been exiled from Paris to the Champagne—a region he considers a backwater—is eclipsed when a murder takes place in the forest of a local chateau. As Victor Constant does his best to track down the culprit, his fierce desire for truth and justice conflicts with the strictures imposed upon him by his lowly status as a cavalier in the national police force. The backdrop provided by the tender bond between Voltaire and his mistress, Émilie du Châtelet, and the vibrant setting of the Champagne region complete this captivating historical whodunit.
Read more
Helpful
Report abuse

Tom
5.0 out of 5 stars great storytelling and breadth of language
Reviewed in the United States on June 19, 2017
Verified Purchase
Cheryl Sawyer's first mystery shows the same historical depth, great storytelling and breadth of language. Again - as in all her books - she can draw an accurate picture of the historic setting that give the reader a view into the time period. This book is a suspenseful read. Highly recommended.
Read more
Helpful
Report abuse

Maria-Jane
5.0 out of 5 stars Five Stars
Reviewed in the United States on April 21, 2015
Verified Purchase
An excellent murder mystery, with a superbly evoked historical background. I look forward to reading more in the series.
Read more
Helpful
Report abuse

ReadRite
5.0 out of 5 stars In the tradition of Parot we see the 18th century in France
Reviewed in the United States on July 28, 2019
In the tradition of the mystery series of Jean-Francois Parot, Cheryl Sawyer's debut of the Victor Constant mysteries promises more enlightenment for us about the 1700s, an epoch not often covered in English-language novels and almost never in mysteries. Voltaire's presence as a primary character added tons of interest for me and Constant is a figure as appealing as Parot's Nicholas Le Floch. With Parot's passing in 2018, it is great to have Ms. Sawyer on the scene as a true wordsmith, plot spinner and historian to keep us learning about this exciting time in French history.
Read more
Helpful
Report abuse

Lectrice
4.0 out of 5 stars An intriguing police procedural set in the early days of forensics, in 1700s France
Reviewed in the United States on March 2, 2015
When I finished this novel, I was happy to note that it looks like it’s the first of a series starring Victor Constant, a tall, principled, Parisian (but low-born) mounted gendarme (sort of like a Canadian mountie but in 1730s France). The story is set in the Champagne countryside of France, where Constant has been rather banished to, during the era of Voltaire. Indeed, Voltaire is a main character in this murder mystery, living at Ciery, the country estate of his mistress—the famous intellectual Emilie du Chatelet—while writing plays. And he’s every bit as charismatic, smart, and free-thinking as one would expect Voltaire to be.

The plot revolves around Victor Constant’s investigation of a murder designed to implicate Voltaire. It’s clear pretty quickly that Voltaire is not the culprit, so what keeps the pages turning are all the details of France of the 1700s, a war-torn and hierarchical society where the various Ducs, Marquis, and magistrates must never be questioned, even by military investigators. The renegade Constant clashes with his military bosses so has to do a lot of investigating on the sly on his own. He dabbles in some rudimentary forensics and, in between various threats to his life, he manages to catch the eyes of some local ladies. Reminded me a bit of Jack Reacher in the Lee Child novels.

I enjoyed the cleverly reconstructed milieu of a people, place, and time I was not at all familiar with. And a nice bonus were all the sympathetic passages about horses, Victor Constant's steed Milan, in particular!

Victor Constant, of whom I hope to hear more in future mysteries, stops at nothing to investigate his crimes, sometimes at risk to his own career. He appears to be a canny judge of character, coupled with having a warm heart and a strong moral compass. The author writes tightly-defined and unapologetic characters, and the dialogue has a class and musicality that befits its time.

Weaving the poet Voltaire's character into the plot adds humour and a little saucy romance with his scientist mistress, and we are left at the end of "Murder at Cirey" hoping that Victor's heart doesn't get broken in his next adventure!
Read more
Helpful
Report abuse
See all reviews
Back to top
Get to Know Us
Make Money with Us
Amazon Payment Products
Let Us Help You
EnglishChoose a language for shopping. United StatesChoose a country/region for shopping.
© 1996-2021, Amazon.com, Inc. or its affiliates