You've subscribed to A Mistress Jaffrey Mystery! We will preorder your items within 24 hours of when they become available. When new books are released, we'll charge your default payment method for the lowest price available during the pre-order period.
Update your device or payment method, cancel individual pre-orders or your subscription at
Your Memberships & Subscriptions
There was an error. We were unable to process your subscription due to an error. Please refresh and try again. 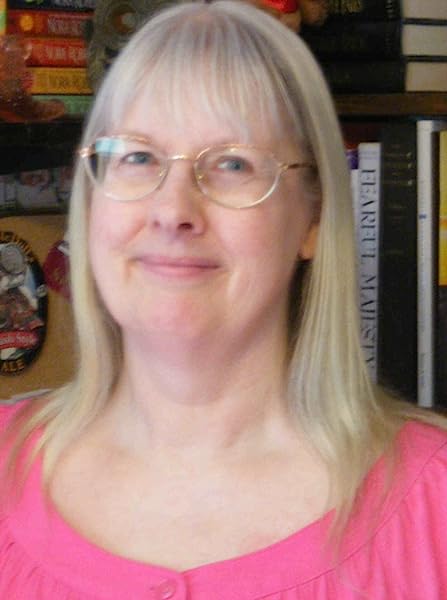 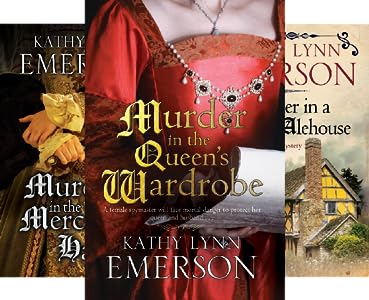 "Enjoyable for its historical insights and detailed descriptions of everyday life in Tudor England", Kirkus Reviews

"This meticulously researched, cleverly plotted story has plenty of twists and wonderfully colorful characters", Booklist --This text refers to the hardcover edition.

Kathy Lynn Emerson writes in a variety of genres and under several names. As Kathy Lynn Emerson, she is best known for two historical mystery series, the Face Down series, featuring Susanna, Lady Appleton, sixteenth-century gentlewoman, herbalist, and sleuth, and the Diana Spaulding Mysteries. As Kate Emerson, Kathy writes historical novels set in the sixteenth century. Kathy lives in Wilton, Maine with her husband and assorted cats. --This text refers to the hardcover edition.

Mistress Rosamond Jaffrey is summoned to Cornwall and finds herself embroiled in an investigation involving smugglers, piracy – and rumours of treason. --This text refers to an alternate kindle_edition edition.
Read more

3.2 out of 5 stars
3.2 out of 5
8 global ratings
How are ratings calculated?
To calculate the overall star rating and percentage breakdown by star, we don’t use a simple average. Instead, our system considers things like how recent a review is and if the reviewer bought the item on Amazon. It also analyzes reviews to verify trustworthiness.
Top reviews

Kindle Customer
4.0 out of 5 stars Very good but a bit slow
Reviewed in the United States on October 16, 2019
Verified Purchase
I thoroughly enjoyed this book but it seemed long in spots. And the intrigue was a little contrived. I enjoyed it more than that last sentence implies. Good for a gentle leisurely read
Read more
Helpful
Report abuse

D. Clift
1.0 out of 5 stars Boring.
Reviewed in the United States on September 12, 2020
Verified Purchase
I could not finish it. It was just so boring and slow.
Read more
Helpful
Report abuse

Amazon Customer
5.0 out of 5 stars Five Stars
Reviewed in the United States on July 21, 2017
Verified Purchase
I know I'll love it as I do all her books'
Read more
Helpful
Report abuse

Texanne
4.0 out of 5 stars A REALLY WONDERFUL HISTORICAL MYSTERY
Reviewed in the United States on April 1, 2017
Rosamund Jaffrey has been notified that her step-father has died. She and her husband Rob will travel to Cornwall and try to work out who will be the guardian for her half brother. Rosamund knows that her mother is not a woman who will take care of and nurture the little boy.

When they arrive, her mother announces that Walter, Rosamund's step-father was murdered.
Rosamund and Rob will investigate to find if it was truly murder and if so, who did it. Walter was a Justice of The Peace who had been gathering information for the government. Was that the reason he was murdered?

The search for the truth takes them all over Cornwall. They become immersed in the investigation. All the while, they are trying to determine exactly what did Walter know?

Rosamund is a difficult woman to like. She is self centered, rude, angry, unkind and seldom considers anyone but herself. It appeared to me that she enjoys being rude to her husband and everyone with whom she comes in contact. She is also very smart, a good puzzle solver and quite able to defend herself and others. She has a quick wit and is able to hold her own in any situation. But, her mother can wound her with words.

Rob, her husband is a man of intelligence as well as action. He believes in adventure and has a strong desire to explore the world. This story takes place at the same time Sir Walter Raleigh was sending an expedition to the New World. Rob would love to be a part of such an expedition.

The secondary characters add a great deal to this story. Each person contributes to the layers of the story. Ms Emerson has created a terrific story which illustrates the history of a time in the distant past.

This is part of a series, but it works as a stand alone read. The characters and situations are explained fully and there is not a time when the reader would be unable to follow the action.

And there is a great deal of action. The plot moves forward quickly. The plot keeps the pages turning. As information is given, dead bodies begin to pile up. Things make no sense. There is no way one person could have done all the murders, or is there?

I enjoyed this book a great deal. Ms Emerson kept me involved in the story. She has created an atmosphere that feels as though it is truly from another era. This is a puzzle which will hold your interest until it is solved.

I received this book from the publisher through NetGalley. I am voluntarily writing this review and all opinions are my own.
Read more
6 people found this helpful
Helpful
Report abuse

eyes.2c
4.0 out of 5 stars Murder and treason!
Reviewed in the United States on April 2, 2017
Mistress Rosamund Jaffrey is such a strong character, sometimes perhaps too strong. Husband Rob balances her nicely. It's June 1584 and Rosamunds stepfather Sir Walter Pendenni is dead, possibly murdered. His links to Sir Francis Walsingham, Elizabeth's spymaster, and Rosamund's concern about the wardship of her half-brother send Rosamund back into Cornwall, to Priory House, to act as an agent for Walsingham and to act on her brother's behalf. Her mother is part of Rosamund's fears. The old hurts and conflict between the two are ever present and vitriolic. Alongside these worries is the more personal one. Rosamund is always wondering if Rob will sail off in search of adventure, leaving her behind. Cornish pirates, smugglers and treason are a tantalizing threat hovering on the periphery. All is a giant puzzle! 'What other secrets did Priory House hide?'
Investigations begin and bodies keep piling up

Clare O'Beara
5.0 out of 5 stars Murder in a Cornish alehouse
Reviewed in the United States on July 31, 2017
I enjoyed this hearty historical mystery, set in deepest Cornwall. Our heroine is a respectable woman who has a merchant husband, and she is investigating family this time. Smugglers, pirates and other crooks abound in the long peninsula which uses its own language at this time.
Enjoy! Have an ale on me!

I downloaded an ARC from Net Galley. This is an unbiased review.
Read more
3 people found this helpful
Helpful
Report abuse
See all reviews