You've subscribed to A Rosa Reed Mystery! We will preorder your items within 24 hours of when they become available. When new books are released, we'll charge your default payment method for the lowest price available during the pre-order period.
Update your device or payment method, cancel individual pre-orders or your subscription at
Your Memberships & Subscriptions
There was an error. We were unable to process your subscription due to an error. Please refresh and try again. 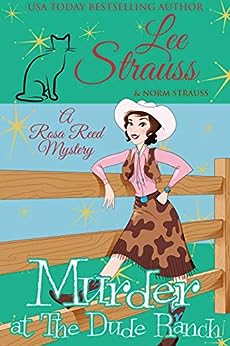 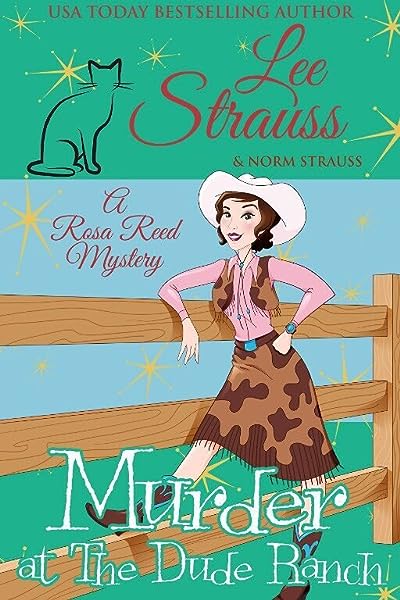 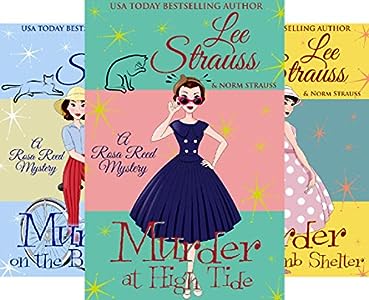 4.7 out of 5 stars
4.7 out of 5
41 global ratings
How are ratings calculated?
To calculate the overall star rating and percentage breakdown by star, we don’t use a simple average. Instead, our system considers things like how recent a review is and if the reviewer bought the item on Amazon. It also analyzes reviews to verify trustworthiness.
Top reviews

Kindle Customer
5.0 out of 5 stars Another hit!
Reviewed in the United States on May 5, 2021
Verified Purchase
I loved it! Rosa must work to clear her cousin of murder. Add the complication of her former fiancee showing up and well, you have to read it to see what happens next! I am looking forward to reading the next book!
Read more
Helpful
Report abuse

Merry a Vero Beach, FL Reviewer
5.0 out of 5 stars Another fast paced enjoyable period murder mystery with wonderful characters!
Reviewed in the United States on April 30, 2021
Rosa Reed, her Aunt Louisa and cousin Clarence decide to take a little holiday at a dude ranch that Louisa used to go to, although Rosa wished her hidden love, detective Miguel Belmonte. But the secret is still kept about the two of them. The Dude ranch was everything they expected, nice trails for horseback rides, walks and general enjoyment. With Louisa riding with the ranch manager, Mr. Roundtree on the trail and one of the Washington twins hiking up the mountain trail overlooking the lake while the other twin, Tom Washington against the rules, took one of the horses out on the trail. Well, things go downhill from there when the horse returns without Tom Washington. When they find him dead up on the trail, of course Rosa has to help Miguel with the investigation, especially when her cousin, Clarence is arrested for the murder. With lots of twists and turns we are taken through suspect after suspect. Could someone not at the dude ranch have killed Tom Washington? We are surprised when the murderer is discovered by Rosa as well as other a few other surprises when Winston shows up, the man Rosa left at the altar in London and Rosa's more modern cousin, Gloria as well as Rosa stand up for themselves in a time when women are only just starting to work outside the home. We are treated to a fantastic ending as well as a few surprises and left with a cliff hanger that makes you want the next book as soon as possible to see what happens! I Love this series as well as all the series from this author and have a had time waiting for more! I received an ARC but the opinions expressed here are strictly my own.
Read more
Helpful
Report abuse

Kindle Customer
5.0 out of 5 stars A fun series.
Reviewed in the United States on April 30, 2021
I've read all the Ginger Gold, Higgins and Hawke and Rosa Reed series. The first thing I do when I finish a book is to check and see when the next one comes out so I can mark my calendar. I wasn't sure I would like the Rosa Reed series when it was first mentioned. I was born in the 50s so was concerned that the author would not get it "right". She has, though, from the clothes to the cars. I've enjoyed the references to things that I remember from my much younger years, including the memory of how jealous I was of the little girl in my kindergarten class who had the prettiest dresses that she wore with about 6 crinolines underneath; all different colors. My sister and I had to share the crinolines we had. But we had matching peddle pusher sets with colored canvas tennis shoes. We were pretty "snazzy". Lots of good memories have been brought back in reading the Rosa Reed series. This series has been like a bag of my favorite potato chips. I can't just read one and stop, and I always look forward to the next one.
Read more
Helpful
Report abuse

Shirley McAllister
5.0 out of 5 stars Lost Rider
Reviewed in the United States on May 2, 2021
Rosa , her cousin Clarence and her Aunt decide to visit a local Dude Ranch called The Black Stallion. One of the visitors goes missing while riding. Suspects are all that were at the Dude Ranch, but the most suspicion falls on her cousin Clarence.

Of course, Rosa ends up on the case working with the handsome detective Miguel to try and find the murderer and prove her cousin Clarence’s innocence.

Matters become complicated when her old boyfriend from London, England shows up at the Forrester house.

I love reading these cozy mysteries by Lee Strauss. The descriptions of the people, the clothing, and the scenery is very distinct and believable. I can see the picture in my mind as if I were actually there. Each location in each book is like a mini vacation.

Thanks to Lee Strauss for allowing me to read and review a copy of the book.
Read more
Helpful
Report abuse

Darlene
5.0 out of 5 stars Great Addition to the Rosa Reed Series
Reviewed in the United States on April 29, 2021
Book 7 in the Rosa Reed series is another well written, entertaining story. Rosa and other family members are away at a dude ranch when a guest has "an accident". One of her family is accused and Rosa works with the police to find the culprit. The mystery itself is pretty straight forward, however, it kept me guessing until the end. The twists and turns in Rosa's personal life is what made this book fun. I love Rosa and her cousin Gloria's modern views and their courage to express themselves. Although not necessary, I suggest reading the entire series to fully appreciate the attention to detail of the 1950's and the character development. I love, love, love this series and can not recommend it enough. I received an advance copy and happily share my opinion.
Read more
Helpful
Report abuse

Helen R. Drake
5.0 out of 5 stars Well Written Cozy Mystery with Surprises
Reviewed in the United States on April 29, 2021
This is another well written period cozy mystery by Lee Strauss. A murder occurs at a California dude ranch and Rosa’s cousin Clarence is the main suspect. She is brought into the investigation to help the police and prove her cousin’s innocence. Although there aren’t that many suspects, the murderer came as a complete surprise to me. There are multiple surprises, especially near the end of the book.

I enjoy remembering some of the things which occurred in the 50’s and this story brings them to life. Lee Strauss’ descriptions always makes you feel like you are there.

I was fortunate to receive an advanced copy of this book and I can’t wait to read the next one in this delightful series.
Read more
Helpful
Report abuse

Bonsterblack
5.0 out of 5 stars Best one yet!
Reviewed in the United States on May 6, 2021
Although I love how Rosa Reed works as a detective to solve murder mysteries, what I really enjoyed in this book is how she handles her love relationships. I don’t want to give away any spoilers, but it seems as though Rosa has finally committed to a man and the feeling is mutual. Due to some meddling by her Aunt Louisa, a former love interest enters her life once more and Rosa is forced to handle the situation in the proper way.
This story is light and entertaining, leaving a “feel good” mood for the reader. Each mystery is a complete story, but the underlying romance continues on. I can’t wait for book number 8!
Read more
Helpful
Report abuse
See all reviews