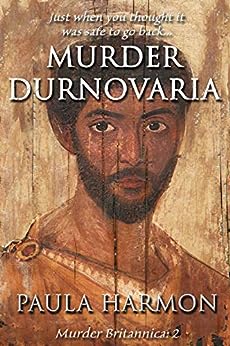 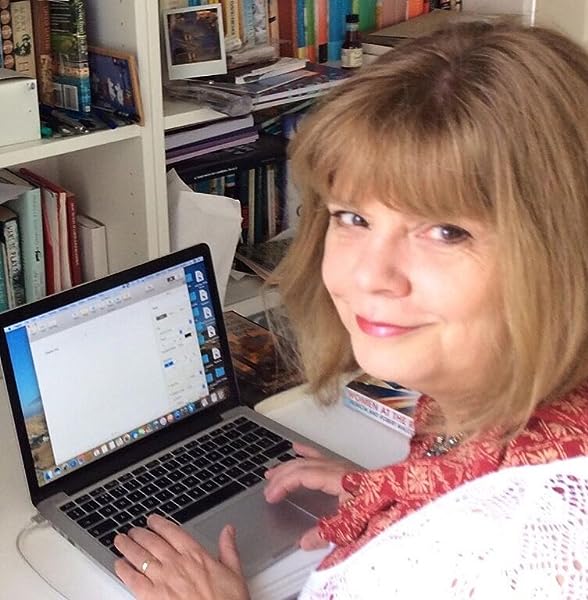 Murder Durnovaria: Just when you thought it was safe to go back (Murder Britannica Book 2) Kindle Edition

Rich Lucretia is on the way to the town of Durnovaria. The last time she saw it she’d just rejected an arranged teenage marriage, but now she's back to claim an inheritance, taking the local wise-woman Tryssa as a companion.

Unknown to anyone, two hapless grave-robbers have been seeking ancient treasures in a stone circle nearby, without any idea that what they've found will open up old wounds from a more recent past.

With Lucretia’s family busy arguing about money, any possibility that an old ring bought in the forum might be important is pushed aside until Lucretia’s cousin is poisoned and the local magistrate Amicus starts to raise questions.

As the past starts to catch up with the present, Tryssa must help Amicus discover who would kill rather than reveal long-buried truths... and what those truths actually are.
Read more
Previous page
Next page

Next 2 for you in this series See full series
Total Price: $5.98
Books In This Series (3 Books)
Complete Series
Murder Britannica
Kindle Edition
Page 1 of 1Start OverPage 1 of 1
Previous page
Next page

To receive my monthly newsletter for upcoming releases and book news visit https://paulaharmon.com/newsletter/

Paula Harmon was born in north London but her life as a country girl began at eighteen months when the family moved out, trailing slowly westwards from small town to village before settling in South Wales when she was eight.

Her writing life started with “Clanger” fan fiction and making up stories to act out with a kindred spirit. These largely involved flying unicorns. In later Welsh years, she wandered lonely as a … well, lonely person, in woods and streams and wrote about portals to another world and mysterious woodland spirits. But her greatest love was for historical fiction and mysteries and now she's writing her own.

With no clear idea what she wanted to be when she grew up apart from a writer, she graduated from Chichester University (Bishop Otter College) with a BA in English Literature and a vague idea that, after a bit of life experience, if all else failed, she’d become a teacher, even though she had never grown taller than the average ten year old. Whatever else happened, she was determined NOT to become a civil servant like her mother and be able to talk in form numbers.

At her first job interview, she answered “where do you see yourself in 10 years” with “writing” as opposed to “progressing in your company.” She didn’t get that job. She tried teaching and realised the one thing the world did not need was another bad teacher. Somehow or other she subsequently ended up as a civil servant and if you need to know a form number, she is your woman.

Her short stories include dragons, angst ridden teenagers, portals and civil servants (though not all in the same story - yet). Perhaps all the life experience was worth it in the end.

She lives in Dorset with her husband, has two adult children..

Bob
4.0 out of 5 stars Some snappy dialog here
Reviewed in the United States 🇺🇸 on October 23, 2022
Verified Purchase
The dialog had several good lines, though the incessant put-downs did get a bit tedious. After a slightly slow start the story became quite readable. This is another of those mysteries where the motivations are provided by incidents that occurred a lifetime ago, rather than by current desire for money, sex, or blood, so prepare to be mystified as to what is going on. The ending is perhaps a bit convenient.
Read more
Helpful
Report abuse

Dr. Patricia Eroh
5.0 out of 5 stars excellent mystery
Reviewed in the United States 🇺🇸 on December 8, 2019
I did not get a chance to read the first book but it did not seem to matter to this story too much. Everybody has this idea that only rich families fight over inheritance but if there is anything at all - a favorite picture, a locket of little value - it is still the cause of a fight. This book shows it brilliantly and with a bit of mystery, great characters, and a wonderful story.

I received a free copy of this book via Booksprout and am voluntarily leaving a review.
Read more
3 people found this helpful
Helpful
Report abuse
See all reviews

Trisha
5.0 out of 5 stars Greed
Reviewed in the United Kingdom 🇬🇧 on October 8, 2022
Verified Purchase
So many twists and turns in a plot that is peopled with characters that will kill to prevent anyone finding out about their past and present crimes.
Read more
Report abuse

S F Canfield
4.0 out of 5 stars Easy reading
Reviewed in the United Kingdom 🇬🇧 on June 19, 2020
Verified Purchase
Lots of death & destruction - mainly created in some way or other by Lucreatia - which is enjoyable. Really getting to like these characters and hope there will be 3rd book.
Read more
Report abuse

Ms Helen M Ridley
5.0 out of 5 stars Lots of murder and mystery...
Reviewed in the United Kingdom 🇬🇧 on December 24, 2019
Verified Purchase
Lots of murder and mystery woven into a satisfyingly amusing book! Great characterisation and a fun setting in Roman Britain
Read more
Report abuse
See all reviews
Report an issue
Does this item contain inappropriate content?
Report
Do you believe that this item violates a copyright?
Report
Does this item contain quality or formatting issues?
Report