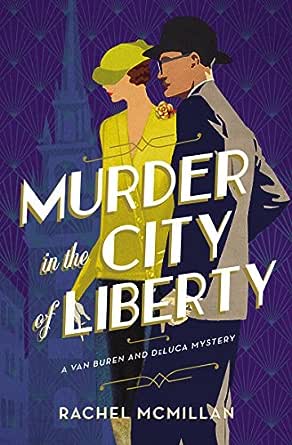 You've subscribed to A Van Buren and DeLuca Mystery! We will preorder your items within 24 hours of when they become available. When new books are released, we'll charge your default payment method for the lowest price available during the pre-order period.
Update your device or payment method, cancel individual pre-orders or your subscription at
Your Memberships & Subscriptions
There was an error. We were unable to process your subscription due to an error. Please refresh and try again. 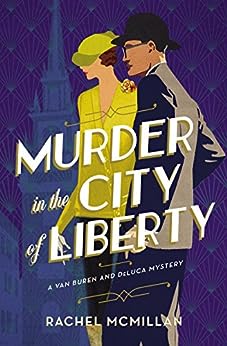 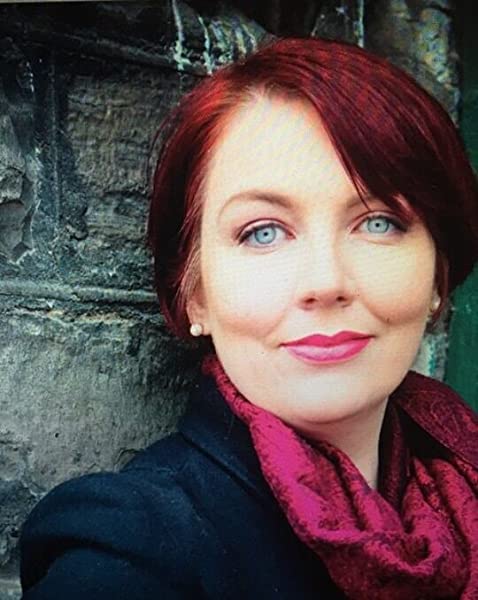 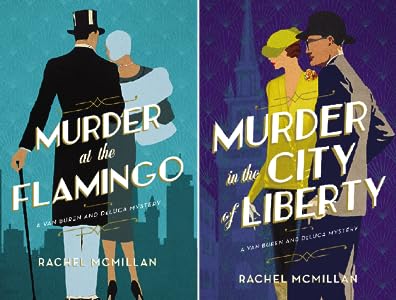 Rachel McMillan is the author of The Herringford and Watts mysteries, The Van Buren and DeLuca mysteries, and The Three Quarter Time series of contemporary Viennese romances. She is also the author of Dream, Plan, Go: A Travel Guide to Inspire Independent Adventure. Rachel lives in Toronto, Canada.

3.9 out of 5 stars
3.9 out of 5
75 global ratings
How are ratings calculated?
To calculate the overall star rating and percentage breakdown by star, we don’t use a simple average. Instead, our system considers things like how recent a review is and if the reviewer bought the item on Amazon. It also analyzes reviews to verify trustworthiness.

Christopher C. Hebert
5.0 out of 5 stars Reading it now --
Reviewed in the United States on June 15, 2019
Verified Purchase
I don't usually pre-order a book, but a book in a Rachel McMillan series is an exception. I pre-ordered, got it at the end of May, and am now reading it. It's another good one....it's great to put up one's feet and go along with the story. Just like enjoying a good movie!
Read more
Helpful
Report abuse

STM
5.0 out of 5 stars VERY WELL WRITTEN!!!
Reviewed in the United States on May 30, 2019
Verified Purchase
FABULOUS!!! Couldn’t put it down!! Read in less than 24 hours! Will soon read again, as I did first book! LOVE the historical & baseball references! When is the next one??!!
Read more
One person found this helpful
Helpful
Report abuse

Trudie Barreras
TOP 1000 REVIEWERVINE VOICE
3.0 out of 5 stars Requires an alert reader
Reviewed in the United States on March 11, 2019
Vine Customer Review of Free Product( What's this? )
“Murder in the City of Liberty” by Rachel McMillan actually sent me searching for adjectives to apply to the writing, which is rare for me. The first one that sprang to mind was “elliptical” in the sense of “oblique”, and perhaps those terms will do. At least part of my problem relates to the fact that this is the second in a series the author is developing involving a team of private investigators starting up in business (and experiencing an inevitable romantic attraction): Hamish DeLuca and Regina (Reggie) Van Buren. Hamish is a shy and twitchy guy originally from Toronto, Canada, who seems to be trying to get past shady family ties. Reggie is trying to break out of the “Socialite” mold and prove herself as a capable “modern woman”. The story is set in Boston of the 1940’s with all the political fervor and prejudice towards Jews, ethnics, and people of color which prevailed during those turbulent times.

The writing is vivid, but from my perspective, choppy. I found it difficult to keep track of which character we were following at various points in the narrative, and some of the scenes did not make a great deal of coherent sense. At the beginning, when our protagonists are trying to follow up on an interview with a client at his waterside warehouse property, Reggie falls into the water and gets trapped, while Hamish is in another location checking paper work. How he manages to find her, and why she was in the predicament in the first place, is not clearly explained, and I found myself rereading several pages to see if I had missed a transition (I hadn’t). I won’t go into subsequent examples to avoid “spoiling”. However, my impression of this book is that a reader needs to be alert and able to get into the author’s mindset to avoid confusion.
Read more
8 people found this helpful
Helpful
Report abuse

Meagan @ Blooming with Books
5.0 out of 5 stars A delightful second book
Reviewed in the United States on May 11, 2019
Vine Customer Review of Free Product( What's this? )
Murder in the City of Liberty
A Van Buren and DeLuca Mystery #2
By Rachel McMillan

Hamish DeLuca and Regina “Reggie” Van Buren have been working together for approximately 2 years. Their friendship is something that they both value. But the case that they are about to take on just might be the case that destroys everything.

Threats of war are brewing while racial and ethnic tensions and prejudices are approaching at an all-time high in Boston. These tensions are about to make their presence known in the lives of this investigative duo as their case takes them into direct contact with those who are flaming the hate.

Having been introduced to Hamish and Reggie in Murder at the Flamingo one is not disappointed with this sequel. It is interesting to see how the historical factors of the day are presented. One can't help but like Hamish, as he deals with his feelings for Reggie, his loyalty to his cousin Luca, and his friendship with Nate. Life is never easy and when everything is in turmoil sometimes it is just plain confusing.

If you haven't read the first book that is not an issue as you can read this one and still follow the story easily.

I was provided a copy of this book through Amazon's Vine Program with no expectations but to offer my honest review - all thoughts expressed are my own.
Read more
2 people found this helpful
Helpful
Report abuse

Joan N.
TOP 1000 REVIEWERVINE VOICE
3.0 out of 5 stars Make sure you've read the previous book recently
Reviewed in the United States on May 28, 2019
I had difficulty reading this novel. I was confused by the beginning, starting with Luca. I remember wondering who Luca was when this novel was about deLuca. That chapter would have better been placed later, after identifying the relationship between those cousins.

Then there was an immediate introduction of a number of characters from the previous novel. The back story of their involvement in that novel was reviewed but I was at a loss until about a third of the way into the book as to how they figured in this one.

I did not find the main characters engaging. Someone mentions to Hamish about traveling from Boston to Cincinnati, for example. “Hamish knew nothing about American geography. 'Is that far?'” (1319/3875) I don't mind a bumbling hero but I don't like a stupid one. I just never found anything engaging about Hamish. Reggie seemed like a foolhardy woman to me. I did not find her decisions to pursue a vague sense of adventure endearing. The relationship between the two of them seemed to be the focus of the novel. I would have rather had the focus be the cases Hamish was working on with the romance/friendship tension a side issue.

I did appreciate learning a bit about minor league baseball in the 1930s as well as the housing situation in Boston.

This is not a stand alone novel. One must have read the first in the series and I would suggest having read it very recently. Potential readers would need to be satisfied with a plot heavy on relationship issues rather than sleuthing.

I received a complimentary egalley of this book from the publisher. My comments are an independent and honest review. I read an ARC and the quote I noted in my review may have changed in the final edition of the book.
Read more
3 people found this helpful
Helpful
Report abuse
See all reviews

Vivienne Westwood
5.0 out of 5 stars Good, clean fun!
Reviewed in the United Kingdom on August 17, 2019
Verified Purchase
Not read this second instalment as yet. However, if it's anything like its predecessor then it will be thrilling! I'm half in love with Hamish myself and I'm rooting for him and Reggie.
Wonderfully written, it felt like watching a film from Hollywood's golden years in many ways. Not graphic or overtly sexual, it was a joy to read. Hope there are many more to come as I'm already hooked!
Read more
One person found this helpful
Report abuse
See all reviews