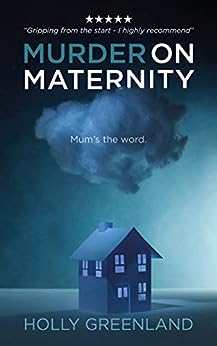 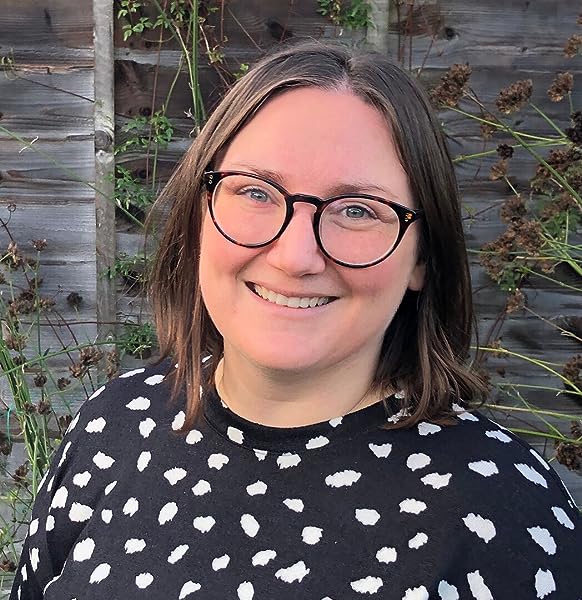 by Holly Greenland (Author) Format: Kindle Edition
Book 1 of 1: Emily Elliot Mysteries
See all formats and editions
Sorry, there was a problem loading this page. Try again.
"Gripping from the start."
"5 out of 5 stars - Entertaining from beginning to end."

It's hard being a new mum. It's even harder when you are on the trail of a serial killer….

Mystery is combined with romance and humour in this fast-paced debut novel from Holly Greenland. Follow Emily Elliot, a new amateur sleuth with a passion for true crime, as she navigates the two complicated worlds of murder and motherhood.

It is a hot summer, and in the suburban town of St. Anne’s Emily has just begun maternity leave. Her plans to batch cook organic meals and power walk with her stroller in the sunshine are turned upside down when she meets homicide detective Tabetha Tate at her baby class.

When Tabetha receives a letter warning that a murder will take place, the two women work together to hunt a killer. But why is someone targeting local mothers, who can Emily trust and could she be next on the list?

Praise for Murder on Maternity
"5 out of 5 stars - Entertaining from beginning to end." Amazon Reviewer
“Full of shocks and twists… I let my dinner go cold because I couldn’t put it down until I’d devoured the final pages. Honestly, can’t wait for the next book in the series.” NetGalley Reviewer and Book Blogger
"Miss Marple look out, there’s a new kid in town!! If you are a fan of Clare Chase’s cozy Eve Mallow detective series, then Murder on Maternity may also appeal." Goodreads Reviewer
“Great for my book group. None of us guessed the solution. Would highly recommend!” Abbi, London Book Group 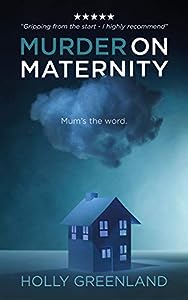 Holly Greenland has worked as a content writer and communications strategist for over fifteen years and counts herself extremely lucky to be able to write in various ways for a living. This has included working for some of the most iconic of British institutions, from the BBC to the UK Parliament.

She loves nothing more than an Agatha Christie with a cup of tea or a true crime doc with a large glass of Malbec.

Murder on Maternity is her debut novel, described as a 'Cosy and compelling female led mystery' by reviewers. It all began in a coffee shop while she was on maternity leave herself, but thankfully she did not encounter any murderers.

Holly lives with her family and seven fish just outside London.

G. L.
3.0 out of 5 stars Very engaging writing on childbirth
Reviewed in the United Kingdom 🇬🇧 on October 12, 2020
Verified Purchase
The author took me right to the heart of Emily's experience of having a baby and the whole pre and post natal experience, so I was very impressed with these aspects - in fact more so than the murder plot. It kept me guessing but I'll come clean and say that I'm not a big fan of the Christie-crime puzzle approach, nor the classic 'drawing room style' long, detailed confession. So one part of the book felt real and deeply affecting, the other was more like slotting into well-worked tram lines. Fans of the Agatha approach will count themselves lucky to have worked alongside Emily Elliot.
Read more
One person found this helpful
Report abuse

Tom Williams
4.0 out of 5 stars A pleasant Cozy Crime read
Reviewed in the United Kingdom 🇬🇧 on January 17, 2021
Verified Purchase
If you like Cozy Crime with a side order of advice on dealing with post-natal depression, this is the book you have been waiting for.

It's an unusual take on the genre but I did enjoy it. The new mum - sleep deprived and lacking in confidence - is absolutely believable and the mystery is satisfying. The Poirot-esque ending with everybody gathered together to reveal the murderer came up with an unexpected twist.
Read more
Report abuse

Miss Clarke
4.0 out of 5 stars Nicely written
Reviewed in the United Kingdom 🇬🇧 on November 16, 2022
Verified Purchase
Being the mother of four, I found the maternity side of the story very interesting. However, the murder side was far-fetched and the 'grand finale' too long-winded.
Read more
Report abuse

Mr
5.0 out of 5 stars A real page-turner!
Reviewed in the United Kingdom 🇬🇧 on April 11, 2021
Verified Purchase
As the story progressed, I couldn’t put it down. The whodunnit plot kept me gripped right to the very end and the honest insights about motherhood take the book to a different level. Can’t wait for the next one!
Read more
One person found this helpful
Report abuse

Fabiana
5.0 out of 5 stars Entertaining from beginning to end
Reviewed in the United Kingdom 🇬🇧 on August 22, 2020
Verified Purchase
Easy reading with an engaging plot which keeps you interested all the way through. I loved the trail that is dropped little by little. Strongly recommended.
Read more
Report abuse
See all reviews
Report an issue
Does this item contain inappropriate content?
Report
Do you believe that this item violates a copyright?
Report
Does this item contain quality or formatting issues?
Report