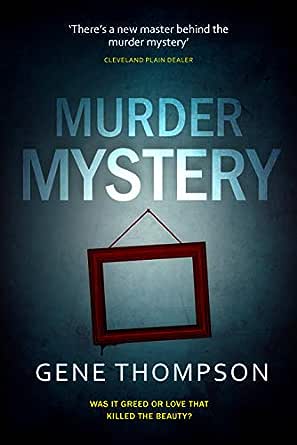 You've subscribed to Dade Cooley! We will preorder your items within 24 hours of when they become available. When new books are released, we'll charge your default payment method for the lowest price available during the pre-order period.
Update your device or payment method, cancel individual pre-orders or your subscription at
Your Memberships & Subscriptions
There was an error. We were unable to process your subscription due to an error. Please refresh and try again. 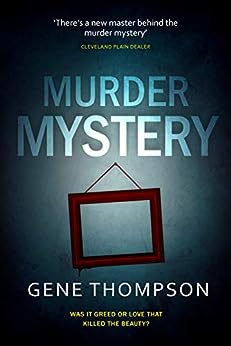 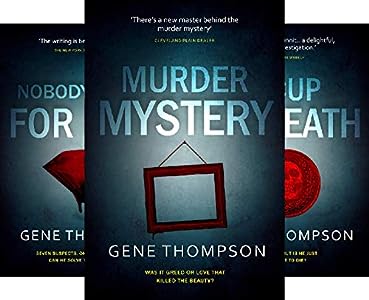 Silver Screen Videos
4.0 out of 5 stars A Good Old-Fashioned Murder Mystery
Reviewed in the United States on May 15, 2018
Verified Purchase
There's something to be said about generic book titles like "Love Story." You know exactly what you're going to get, for better or worse. And that's the case with Gene Thompson's "Murder Mystery," a more modern throwback to the old-fashioned classic whodunits of the early 20th century. Those other books rose or fell on the likability of the central detective and the quality of the actual mystery, and "Murder Mystery" proves to be exactly the same.

The hero of “Murder Mystery” is Dade Cooley, a 60ish attorney with a sharp mind, loving give-and-take relationship with his wife, and a fondness for quoting dirty limericks and expounding on various topics that often prove highly informative, both for his listeners in the book and the readers at home. Imagine a male version of Jessica Fletcher, who happens to be a married attorney, and you get an idea of the ambience author Thompson is trying to create here (the book was written in 1980, so there’s no copying involved).

Cooley’s latest client is not alive anymore; he represents the estate of the second, considerably younger wife of a wealthy art collector. She died in what the police first believe to be a bizarre accident, in which her car went into gear and pinned her against the wall of her garage (similar to what actually occurred to actor Anton Yelchin far more recently). Of course, it’s no accident, and pretty soon two other deaths follow. The case involves a possibly priceless painting that the victim tried to purchase that seems to have vanished, and a timeline that Cooley eventually reconstructs in which a multitude of people seem to be arriving and leaving the murder scene right around the time the first victim died.

Gene Thompson was originally a prolific TV sitcom writer before penning a few mystery episodes (including one of the best “Columbo” episodes) and turning to mystery and thriller writing in later years. That background shows here; the mystery itself in “Murder Mystery” is pretty good, and Thompson follows the traditional old-school formula, almost until the end. Cooley interviews various suspects, winds up representing several of them (the book’s treatment of the possible ethical conflicts involved in this seems a bit far-fetched). What’s best of all are his lengthy asides in which he explains some of the ramifications of estate law (the widower of the victim is the beneficiary of a family trust fund with some rather unique provisions that may or may not figure in the plot) and art forgery and authentication (which definitely does figure into the plot). The author has figured out the happy balance and provides just enough information on these subjects to entertain while not turning into an information dump research paper on the material.

Unfortunately, Thompson’s TV background also figures into the weakest part of the book, the finale. After Cooley gathers the suspects for the big reveal, the killer winds up still at large and the book becomes somewhat of a manhunt for the missing suspect. This type of thriller writing is not Thompson’s forte, and the book stalls somewhat as Cooley, the police and readers wait a couple of dozen pages for the killer to finally show up again for a final takedown that does prove rather satisfying.

Dade Cooley may be an attorney, but “Murder Mystery” has no courtroom theatrics of the “Perry Mason” variety or John Grisham-style thriller elements. Instead, it is something that Agatha Christie could have penned a half century before Thompson. The book is definitely a period piece of sorts (it would have turned out quite differently had various characters had cell phones), and there’s not a lot of character development here, but Thompson spends most of his time on Cooley and his wife, and their interludes together are quite entertaining, even when they don’t always advance the plot a lot. “Murder Mystery” is definitely a case of truth in advertising; this is an enjoyable murder mystery.
Read more
One person found this helpful
Helpful
Comment Report abuse

Elizabeth Lennert Amazon Customer
5.0 out of 5 stars Murder Mystery
Reviewed in the United States on June 19, 2016
Verified Purchase
How lucky I am! This is another new author to me and what a delight to read his work. This was a great read and I highly recommend this book and this author.
Read more
Helpful
Comment Report abuse

druidgirl
5.0 out of 5 stars Fun book
Reviewed in the United States on March 30, 2016
I truly enjoyed this book it had a few twists and turns toward the end, A setting that was a slight bit old but entertaining.
I received this book in exchange for an honest review.
Read more
Helpful
Comment Report abuse

Neal Nye
4.0 out of 5 stars Worth looking for
Reviewed in the United States on January 7, 2011
I enjoyed this mystery. Like the previous reviewer mentioned, there is a nice twist at the end. I understand the book is out of print. It was published in 1980, and the dialog is somewhat dated. One character says "you're trying to freak me out"! But I liked the main characters, and there aren't many curse words. Try it, you'll like it!
Read more
3 people found this helpful
Helpful
Comment Report abuse

MonaZ
5.0 out of 5 stars Fun Mystery
Reviewed in the United States on September 29, 2010
This was a fun read. It was a good mystery, keeping you guessing to the end, and Thompson has an entertaining style, including little anecdotes and jokes along the way. He write mysteries for people who like puzzles. I'm looking forward to reading more by him.
Read more
3 people found this helpful
Helpful
Comment Report abuse
See all reviews