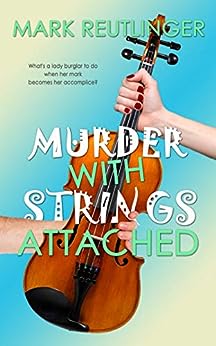 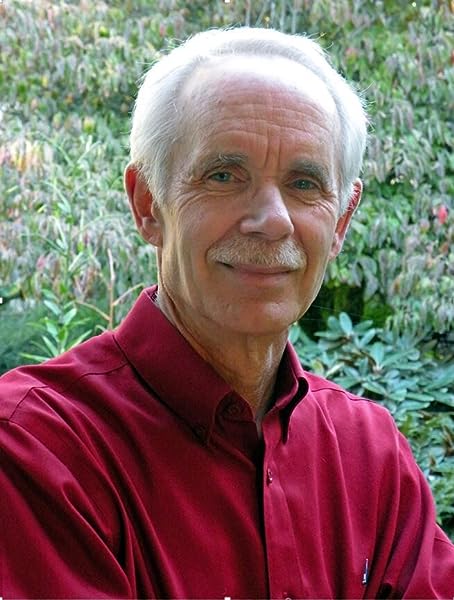 Lisabet Sarai
4.0 out of 5 stars A light-hearted caper with engaging characters
Reviewed in the United States on March 15, 2021
Florence Palmer – Flo to her friends – makes her living as a burglar. She chose this career after getting frustrated with arduous and low-paying alternatives like being a house cleaner, and has discovered that she’s quite good at it. She’s always alert for potential new heists, so when she learns that world-famous virtuoso Aaron Levy has brought his near-priceless Guarneri violin to Seattle for a series of concerts, she sniffs an opportunity. Her plan to sneak into his fancy hotel suite works like clockwork, until the violinist returns unexpectedly to find her with the loot in hand. It looks as though she’s finally slipped up – until she learns that the instrument she’s found is a copy, the real antique has been stolen, and Levy wants her help in getting it back.

Murder with Strings Attached is a light-hearted caper with engaging characters, lots of clever detail, and a whiff of romance. Once you’ve accepted the slightly implausible premise, the plot unrolls briskly, with plenty of snappy dialogue and frequent humor. Despite the title, murder is not the focus of this tale. Two corpses do show up, but they’re almost tangential to the main plot, which involves gaining access to the nearly impregnable mansion of the collector who engineered the original theft, finding the item in question, and getting away without getting added to the tally of dead bodies.

It must be tricky to write a novel where the main character is a criminal, but Mark Reutlinger pulls it off. You can’t help liking Flo. She’s intelligent, hard-working, thorough, resourceful – and cute in the bargain, which does help when you’re trying to allay someone’s suspicions. Aaron’s portrayed as a bit of a bumbler (after all, he left his precious violin in his car, in a highway rest area!), but turns out to have a few surprises up his sleeve. Flo’s somewhat ditsy best friend Sara rounds out the cast. Sara’s prone to drinking a bit too much and going to bed with strangers. However, she’ll do almost anything for her buddy Flo – as long as she’s not risking jail time.

Like Florence, the author of this novel has an orderly and detail-oriented mind. Watching Flo plan and execute the heist is almost as satisfying as listening to a symphony. Then when she finally sets the operation in motion, you’re on the edge of seat, because as Flo knows well, all it takes in one miscalculation – or just plain bad luck – to scuttle a great scheme and land you in prison.

I do wonder, though, about the other heists for which dear Florence is responsible. What about the victims? She doesn’t seem to have much of a conscience. Of course, in this tale, the goods are being stolen by their actual owner, but presumably this isn’t the case for most of her jobs. Flo is smart enough to succeed in an occupation that’s less risky and not quite so morally dubious. Although she does get a bit of a thrill from the chase, she’s too down-to-earth to let that influence her decisions. So why doesn’t she realize that being a burglar bound to end badly?

Probably I’m thinking too much for a cozy mystery. Indeed, I don’t have a lot of experience with this genre, but I’m guessing you’re not supposed to delve too much into the characters’ motivations, just enjoy the ride. And in the case of Murder with Strings Attached, I did.
Read more
Helpful
Report abuse

Drebbles
VINE VOICE
4.0 out of 5 stars Nicely done
Reviewed in the United States on March 1, 2021
Although she once made a living cleaning hotel rooms, Florence Palmer has discovered that it is much more lucrative to make a living as a burglar. So when concert violinist Aaron Levy is in town, she decides to steal his violin and hold it for ransom. Unfortunately she discovers that someone has already stolen the violin and Aaron wants her to steal it back – with his help. Flo is used to working alone but Aaron is offering her a price she can’t resist.

“Murder with Strings Attached” is a nicely done mystery. I love the idea of a burglar being the main character although I would have liked a bit more details about some of Florence’s previous burglaries. Despite the lack of background, I really like Flo as a character – she is smart, resourceful, generally very good at what she does, a good friend, witty. I love her relationship with Arron – it is nicely done with just the right amount of humor. I also like her relationship with her friend Sara – the three make a great team. While there is a great deal of humor in the book there is also tension (it is ultimately a murder mystery) especially towards the end of the book as Flo and Aaron get closer to finding out what happened to his violin – in fact, there was so much tension that I stayed up past my bedtime just to see how it ended!

“Murder with Strings Attached” is a nicely done mystery. While it reads as a standalone book, I hope Flo, Aaron, and Sara appear in future books – they are great characters and I would love to read more about them.

I won a copy of this book but was under no obligation to review it.
Read more
Helpful
Report abuse

Jen K
4.0 out of 5 stars A different kind of murder mystery
Reviewed in the United States on February 25, 2021
I’m always on the hunt for new-to-me authors, and even better if I can find a stand-alone book or the first in a new series. So, when the request to review Murder with Strings Attached came across my desk, I decided to take a chance.

The book follows Flo, a professional burglar. She hears about a priceless violin and decides to steal it in order to ransom it. Problem is that she gets caught in the act… and the violin she was stealing was a fake. The original violin has already been stolen and the owner, Aaron, who caught her decides to hire her to get his violin back. And thus the story begins.

I was totally sucked in when the story started. I mean, this was a first for me… a criminal heroine. The middle of the story got a little bogged down and moved a little too slow for my tastes. But it picked up in the end and had me turning the pages to see how everything would turn out. This is touted as a cozy murder mystery, but honestly, the murder was secondary and the solving of it was more incidental than anything. Most of the book was about the theft and character development. Not that it was a bad thing, I was just a little thrown.

This was the first book by Mark Reutlinger that I’ve read. I was intrigued enough by Flo’s criminal world that I’d read more if this became a series. I think with a little better pacing and more focus on the murder since it is a murder mystery, this could have been a five-star read. But if you’re looking for a different kind of cozy, this might be the one for you.
Read more
Helpful
Report abuse
See all reviews
Back to top
Get to Know Us
Make Money with Us
Amazon Payment Products
Let Us Help You
EnglishChoose a language for shopping. United StatesChoose a country/region for shopping.
© 1996-2021, Amazon.com, Inc. or its affiliates