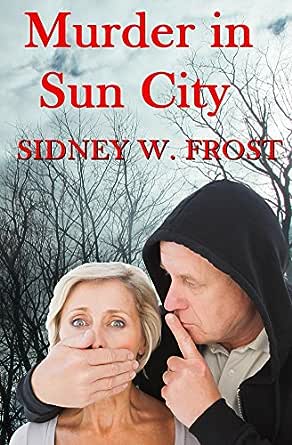 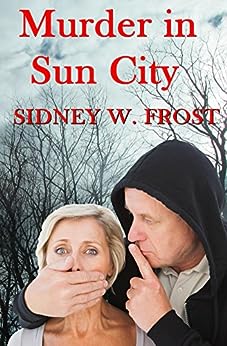 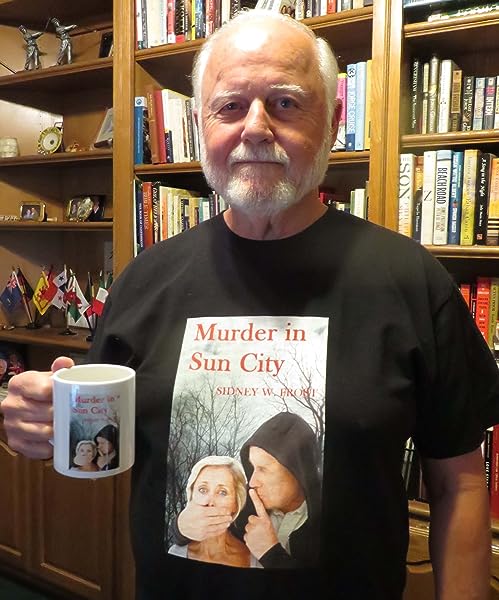 The combination of the theft of religious objects, a fractured family and the issues raised by memory loss and PTSD make for a lively, though not always coherent story, especially toward the end of the book.

This author provides solid, clear language, a steady tone and nice asides that give the main character depth and personality.

The reliance on the stereotypically traumatized Vietnam veteran as a figure of limitless violence offsets some of the clever uses of fake identities and memory loss that make this book memorable.

Liz Helmsley is an appealing, occasionally wordy "old-lady detective" and a cheerful narrator. Many of the secondary characters, particularly Kim and the deranged vet James Johnson, would benefit from the same depth and charm.

--The BookLife Prize by Publishers Weekly

He has loved choral music from an early age, and was in 42 Austin Opera productions. He and his wife, Celeste, sing in their church choir as well as a community chorus that sings with the symphony in Georgetown and Temple, Texas. They have also participated in several Berkshire Festivals in and out of the United States. He loves to travel and has visited 33 countries.

He has a Master of Science degree from the University of Houston and a Bachelor of Arts from the University of California at Long Beach. He has worked in the Information Technology business for many years, and in May, 2011, retired after thirty years as an Adjunct Professor of Computer Science at Austin Community College. He received the adjunct teaching excellence award in 2005. He occasionally teaches writing courses, most recently a class on memoir writing for the Senior University of Georgetown.

3.9 out of 5 stars
3.9 out of 5
31 customer ratings
How does Amazon calculate star ratings?
Amazon calculates a product’s star ratings based on a machine learned model instead of a raw data average. The model takes into account factors including the age of a rating, whether the ratings are from verified purchasers, and factors that establish reviewer trustworthiness.
Top reviews

🥇Customer
3.0 out of 5 stars An okay mystery
Reviewed in the United States on October 21, 2018
Verified Purchase
This was an okay mystery. I had a hard time getting into the story and ended up doing a lot of speed reading to get to the end. Most of the key characters are in their sixties and seventies, which I appreciated, and I liked the Sun City, Arizona, location of the story. The story is generally a gentle one, though a lot of people end up dead and there is a lot of disturbing rumination by a Vietnam vet.

The mystery unfolds with little surprises and hints along the way. I didn’t find the ending surprising and I didn’t find any of the characters to be particularly likeable or interesting, which is probably why I found the book to be bland.

The book has a Christian bent to it because there is a lot of praying in it. There is no graphic sex and no foul language in the story. There are a few descriptions of not terribly graphic violence.
Read more
7 people found this helpful
Helpful
Comment Report abuse

B. J. Robinson
5.0 out of 5 stars Loved the Bookmobile Lady and the Poodle - Twists Keep you Guessing
Reviewed in the United States on November 30, 2015
Verified Purchase
I really enjoyed this one. Love the bookmobile lady and the poodle dog. Twists keep you guessing and wanting to read more to see what happens. Love the twists. I have enjoyed each book I've read by this author. Very realistic fiction about the army vet and problems but this one is about a Vietnam vet instead of recent vets. I remember that war from young boys right out of high school being drafted, and a friend lost her brother right before Christmas. She was looking forward to him coming home, and he was killed before he could. Their is humor, mystery, and suspense in this one. Accidents and murder. Don't miss it.
Read more
4 people found this helpful
Helpful
Comment Report abuse

Cindy B. Wright
5.0 out of 5 stars Good Mystery Writer
Reviewed in the United States on June 14, 2016
Verified Purchase
This is the second book I've read by this author and I'm already looking to read another one. I love, love, love a good mystery and especially one that engages me quickly as this one did. I also love finding an author whose writing I love so I can be assured of finding more good books. I happen to live in a Sun City, and so it was also fun to read about familiar places. I know there is a bookmobile that comes here to Sun City, but I've always driven downtown to the library when I wanted a book.. perhaps I'll check it out next time it comes and see if I can find Liz there.
Read more
2 people found this helpful
Helpful
Comment Report abuse

Ann Stewart
5.0 out of 5 stars Sid's Best!
Reviewed in the United States on June 3, 2016
Verified Purchase
In my opinion, this is the best of Sid's books by far. It was exciting and kept you guessing until almost the end "who done it". The characters, even if you had not read his previous books, were very believable and beautifully portrayed. Of course, as a resident of Sun City, Texas, I could picture the different locations easily. It very sensitively deals with the issue of post traumatic stress suffered by so many of our veterans. I am already looking forward to the next adventures of the bookmobile gang!
Read more
2 people found this helpful
Helpful
Comment Report abuse

A Fiber Artist
5.0 out of 5 stars Fun read..........
Reviewed in the United States on July 18, 2018
Verified Purchase
I live in this Sun City and it was fun to recognize all the locations!
Read more
One person found this helpful
Helpful
Comment Report abuse

Ann G.
4.0 out of 5 stars Great fast read!
Reviewed in the United States on July 23, 2016
Verified Purchase
Living in this area I thoroughly enjoyed it. The story set the main characters well and I feel it would be great doing more in Sun City. The detective characters are great and would love to see more from this area! Loved knowing the areas he was talking about!
Read more
2 people found this helpful
Helpful
Comment Report abuse

D. McDonald
4.0 out of 5 stars Good read
Reviewed in the United States on January 19, 2017
Verified Purchase
Enjoyed reading this and related to the setting which made it even more appealing.
Read more
One person found this helpful
Helpful
Comment Report abuse

Sharon
3.0 out of 5 stars Just an okay mystery
Reviewed in the United States on May 20, 2016
Verified Purchase
Murder in Sun City was a quick read but not interesting enough for me to order the rest of the series.
Read more
One person found this helpful
Helpful
Comment Report abuse
See all reviews from the United States