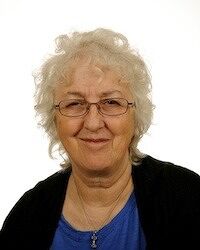 Murielle Cyr is author of Culloo, a novella for young adults.Her short stories and poetry have appeared in several literary magazines through the years. The Daughters’ Story is her debut historical fiction novel. She holds Creative Writing and Education degrees from Concordia University. She lives in Richelieu, Québec, just south of Montreal. 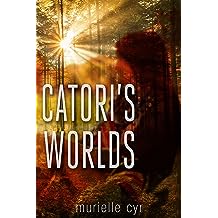 Catori's Worlds Apr 18, 2014
by Murielle Cyr
( 33 )
$1.99
Catori has all the odds stacked against her: a loner with mismatched eyes who hates school and just about everybody who goes there. Her ability to see things nobody else does makes her an oddball at school. She accidentally boards the wrong bus to school one morning and is transported to a strange parallel world. There’s no way back for her; the bus she boarded doesn't do return trips and she has to figure out her own way back. She discovers that the evil forces over-running this parallel world are tracking her down and have no intention of letting her go home alive.
Trusting strangers doesn't come easy to her, but her only hope of escaping her hunters is to follow Miren, a girl she encounters in the public restrooms. They manage to reach a secluded wood where Catori meets up with Otsoa, the only boy who has ever made her feel like she was worthy of love. She must fight another intense battle – she must choose between her loyalty to her friend Miren and her infatuation for Otsoa, the handsome, would-be rock star. The evil forces have zeroed in on them and Catori must fight for her life. What chance does a lone fifteen-year-old girl have to confront those powerful forces? Does she bow to their evil scheme of taking over planet Earth or does she fight them to her last breath? 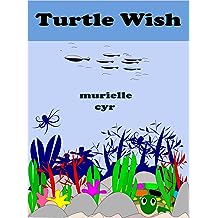 TURTLE WISH Jul 9, 2013
by Murielle Cyr
( 21 )
$0.99
Hatchling bursts through the walls of her shell into a brand new world. Hungry hawks bombard her siblings and she must somehow forge her way alone to food and safety. Her urge to belong is deep and she finds herself in dangerous situations with total strangers. Trusting others is the key to her survival but it can also be her downfall.
Read more 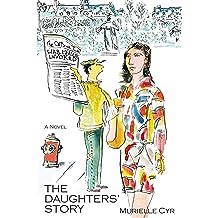 The Daughters' Story May 10, 2019
by Murielle Cyr
( 2 )
$15.93
It's October 1970 in Montreal, Quebec. Nadine is a trade unionist with the garment-workers union. Twenty years earlier in 1950, at the age of 15, she was banished to a home for unwed mothers. Her baby daughter, whose father is shrouded in secrecy, was given away for adoption without her permission. This prompts her to cut all ties with her mixed Irish and French-Canadian Catholic family whose past is cluttered with secrets, betrayals, incest and violence. She vows one day she will reunite with her daughter.  Following the FLQ kidnapping of a British Trade Commissioner and the Quebec Minister of Labour, Ottawa proclaims the War Measures Act and sends the army into Quebec. These staggering political events lay the foundation for a reunion between Nadine and her daughter Lisette, embittered after been bounced from one foster home to another since she was a baby. Lisette and her partner Serge, who is close to the FLQ, need money and see Nadine as a possible source based on information they've gathered about Nadine's family.  World Wars I and II, the Great Depression, and the 1970 October crisis provide the backdrop to this family saga spanning some 60 years. Murielle Cyr breaks new ground by telling The Daughters' Story, an unsung, overlooked but intensely passionate tale of women, propelled by their unquenchable need to belong despite oppressive conditions hard to imagine nowadays, and who manage to survive and thrive.
Read more
Other Formats: Paperback 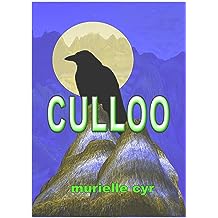 Culloo Mar 29, 2013
by Murielle Cyr
( 21 )
$1.99
TALA can't wait to be thirteen; then no one better tell her what to do. Her nosey neighbor is always checking up on her, and now the Welfare Officer is knocking on her door again and her father isn't home to answer. Tala only has a few hours to find her missing father before she and her brother, DASON, get placed in a foster home.
Read more
Other Formats: Paperback