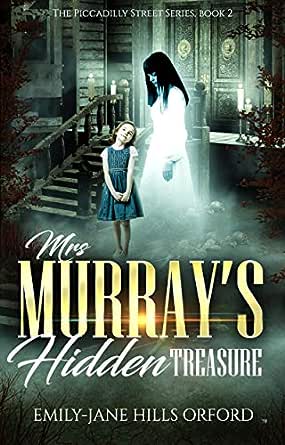 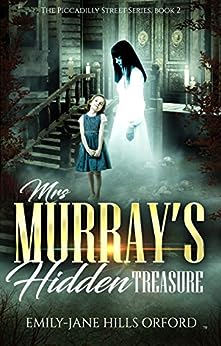 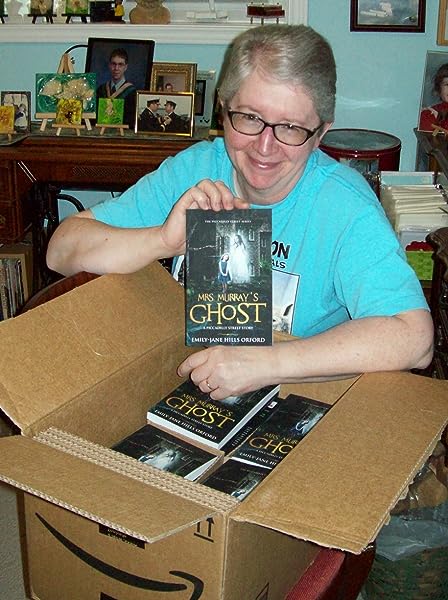 N. N. Light
VINE VOICE
5.0 out of 5 stars Fans of Harry Potter will love this. . .
Reviewed in the United States on June 4, 2019
This book is the epitome of adventure for the young reader. Almost from the word go, this sequel takes off back into the world of ghosts and magic. Mary is faced with daily challenges that only can be overcome with her faith in family and the magical life she leads. The reader is buffeted from one threat to Mary to another but Mary never gives up.

Written in a way to instill faith in young readers, this book illustrates clearly that no matter how bad off the situation, if you keep battling, you can overcome. Mary is knocked down but never out. With the superb addition of her friend and protector, Rosie, this duo ensure Good will triumph. A terrific read that will appeal to the huge worldwide audience who loves Harry Potter.

Disclaimer: I received a copy from the author in the hopes I’d review it.

Mary
3.0 out of 5 stars Cute middle grade fantasy
Reviewed in the United States on August 7, 2019
I received this book for an honest review. All opinions expressed are my own.

This is an adorable middle-grade fantasy that I quite enjoyed reading. It’s second in a series, and not having read the first one, I can’t speak to how it follows. On its own, it holds up well. There was enough backstory for me to get a feel for what came before. There were a few places where I was confused, but they didn’t last long.
My favorite part of this book is the house. It’s clear from the author’s bio and notes in the book that the house is important and based on somewhere she actually lived. As a result, it feels so real on the page. Hidden passages, ghosts, mystical creatures—I’m hooked. This is the kind of setting I wish I could just explore on my own time.
The conflict was tense, and the villain was the kind worth disliking. It’s always interesting when the bad guy torments the good guys by being in a position of authority away from magic. Watching Mary and her friends try to wage a battle against someone in a situation where they couldn’t reveal their secrets was great. When that battle moved to the magical realm, everything came to a crash. It was built up well.
The characters felt real for the most part. Mary is a protagonist worth cheering for, and her friends are wonderful. I felt a little disconnect between the modern setting and the almost historical personalities of some characters. It worked for the creatures, but even Mary’s parents seemed a bit historical. Otherwise, this was a gem of a read that I recommend for the young and young at heart.
Read more
Helpful
Comment Report abuse

Our Town Book Reviews
4.0 out of 5 stars a magical down to earth read
Reviewed in the United States on August 2, 2019
What a fun book for young readers. While it contains some of the difficult feelings we all went through as we grew up, it does so in the kind of fantasy we love to read. I was so pleased to read such a fun, light book that mixed everyday problems, being new to school, hoping to fit in, looking for a friend, with magical people and a witch and a ghost. Sort of a getaway that all of us, children too, need to read about now and then.

I noticed this is Book 2 of a series titled Piccadilly Street and have not read Book 1. It seems to me this book can be read as a stand alone just fine although it was enough fun that I would like to read the first book.

Emily-Jane Hills Orford has many books published. This series is for the middle grade reader. All the author’s books seem to have good reviews.
Read more
Helpful
Comment Report abuse

sheana
5.0 out of 5 stars magic brownies and a little help from a friend
Reviewed in the United States on May 25, 2019
The second story in the series of Mary's adventures is an exciting read. Mary now shares the secret of her Brownie friends with her best friend Rosie who becomes her protector. Together with Granny and the others they find themselves in the midst of enemies, friends, family and danger. Flying dragons breathing fire, rings of power and rescues. It's a lot of action and fun with surprises too. Magic is real and the little people can prove it. Just open your mind to a world of possibilities. My grand daughter and I read this together and taking her words I dressed them up just a bit. She enjoys the world of books as much as I do so I didn't have much work to do. Wonderful book and crazy fun to read too.
Read more
One person found this helpful
Helpful
Comment Report abuse

This was my first read by this author. I was not sure that I would be able to keep up with the story as it was the second one in the series. However, the author did a good job of providing enough of a recap that I don't feel I missed anything. I liked that the author took great care in pulling me in as a reader, even though, this is a "middle school" fantasy read. I wondered was this her house growing up that was used as the homestead in the story. She described it with such vivid detail that it almost felt like a character of its own. I also found Mary to be as likable as the villain. ( I know. I know, but I love a good villain).

I think pre-teens are going to enjoy the supernatural elements, coupled with the mystery and the battle between good and evil. I would absolutely recommend this read.

Nancy Allen (The Avid Reader)
VINE VOICE
5.0 out of 5 stars Treasure hunting with ghost....
Reviewed in the United States on August 2, 2019
An evil witch is after Mrs. Murray’s treasure she has hidden in Mary’s house. When Mary learns that the evil witch is looking for this treasure and that it is magic Mary is determined to help Mrs. Murray find the treasure she hid in the old house as Mrs. Murray can’t remember where she hid it. With the help of her Brownie and ghost friends Mary sets out to find the treasure and stop the evil witch from doing harm.

Come join Mary and her friends on their treasure hunting escapade. Mary and her friends will take you on a wonderful adventure throughout the story with lots of action and twists and turns that will keep you turning the pages. Mrs. Murray’s Hidden Treasure is a book for all ages to enjoy.

Carol P.
5.0 out of 5 stars The adventure continues
Reviewed in the United States on May 24, 2019
I voluntarily read and reviewed an ARC of this book.

The second book in its series, it does not disappoint. All the favorite characters are back plus a few new ones. Yes, the dragons are back too! There’s even more adventure in this second book than in the first. My only disappointment was I felt the author went overboard with repeating things in the first book. While I know some repetition is necessary to enable it to be a stand alone book, excessive repetition is disheartening to those who read the first one. I plan to read both of these books with my granddaughter this summer.
Read more
Helpful
Comment Report abuse
See all reviews