Mushrooms: A Natural and Cultural History and millions of other books are available for Amazon Kindle. Learn more 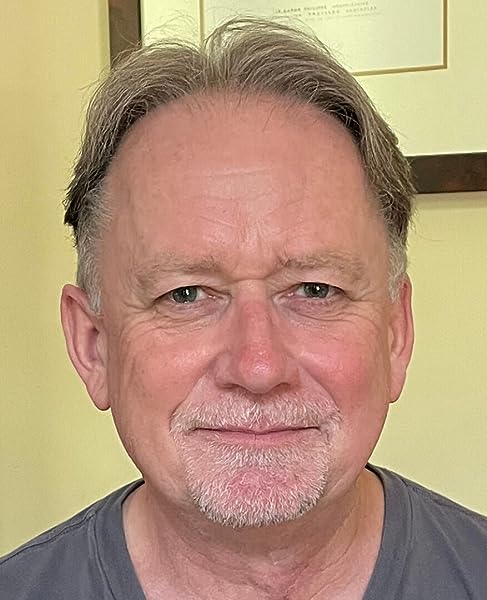 by Nicholas P. Money (Author)
3.2 out of 5 stars 7 ratings
See all formats and editions
Sorry, there was a problem loading this page. Try again.

“An excellent introductory textbook for a budding mycologist, or an attractive gift for a mushroom enthusiast. The book is superbly and colorfully illustrated, with many useful diagrams spread over sixteen chapters including mushroom superstition, evolution, ecology, poisons, and conservation.”
― Oxveg News

“With his characteristically smart and sassy wit, Money guides us through the science of fungi but also tackles cultural themes less often explored by mycologists, including the contentious terrains of psychedelic fungi, their simmering histories of superstition, and the dubious undercurrents of the medicinal mushroom industry. Money delights in debunking fungal myths and misunderstandings. . . . Informative, entertaining, and at times provocative, Mushrooms combines science, cultural histories, and personal anecdotes in an inviting introduction for the novice venturing into fungal realms.”
-- Alison Pouliot ― Australian Garden History

“Queer things, these mushrooms. The people who study them—mycologists—can be pretty interesting too. One used to walk to work wearing horse blinkers to preserve his eyes for his experiments on bioluminescent mushrooms. Another tested the edibility of every mushroom in his book, One Thousand American Fungi. ‘As paragons of eccentricity, these individuals are peerless,’ writes Money, a US professor of botany, who has produced a fascinating read.”
― Organic Gardener (Australia)

“I found it an easy read and devoured it in a single day. This will make a great present for the general naturalist as well as a diverting read for a long flight for the mycologist—especially at such a reasonable price for a hardback book today!”
― IMA Fungus (Journal of the International Mycological Association)

"Money tells a riveting tale, based in fact, fiction, folkloric, and science to present a delightful introduction to a . . . very little understood aspect of Mother Nature."
― Blue Wolf Reviews

“Addressed to nature enthusiasts, Mushrooms is a perfect introduction to the kingdom of fungi. Each of the sixteen chapters is dedicated to a theme, ranging from Mushroom Science to Mushroom Superstition. Did you know that there is an Einstein of mycology? His name is A.H. Reginald Buller and his Researches on Fungi is considered the bible of mycology. Or that the largest organism in the world is a tangled web of hyphae that radiates for over 10 square km through a conifer forest in Oregon? Mushrooms addresses these questions and many more. Overall, I thoroughly enjoyed this little gem and recommend it to anyone interested in the world of mushrooms.”
― Economic Botany

"In Mushrooms, one gets an introduction into this fascinating world of fungi and a few highlights of the personalities of those who study them. The text is well organized for readers with little or no biology background, and it is also well written. . . . Overall, it is a how-to guide for the beginner studying mushrooms, and presents basic information on the biology and construction of fungi. This is enhanced by good illustrations using both modern photographs and also those derived from classic works. . . . Recommended."
― Choice

“Money has done it again! Mushrooms is a masterful overview of mycology, written with clarity, wit, and affection. There simply is no better review of the subject out there. Mycophiles and gardeners—really, anyone who seeks to understand nature in a deeper way—will appreciate this excellent book. I know I do.”
― Eugenia Bone, author of "Mycophilia: Revelations From the Weird World of Mushrooms"

“A well written, authoritative, and beautifully illustrated account of mushroom life and lore, leavened with humor. An ideal introduction to the most beautiful members of nature’s least understood kingdom.”
― Richard Fortey FRS, author of "Life: An Unauthorised Biography"

“A fascinating tour around the weird world of mushrooms and of the people who study them. As a botanist I learned a lot about the natural world from the different perspective of these familiar yet obscure organisms.”
― Roland Ennos, University of Hull

Nicholas P. Money is professor of botany and the Western Program Director at Miami University in Oxford, Ohio. He is the author of many books, including Mr. Bloomfield’s Orchard and The Amoeba in the Room.
Start reading Mushrooms: A Natural and Cultural History on your Kindle in under a minute.

Nicholas P. Money is a biologist and science writer. He belongs to a species of African ape and lives on a planet that is 4.6 billion years old. He is a self-proclaimed expert on the poetry of John Milton.

3.2 out of 5 stars
3.2 out of 5
7 global ratings
How are ratings calculated?
To calculate the overall star rating and percentage breakdown by star, we don’t use a simple average. Instead, our system considers things like how recent a review is and if the reviewer bought the item on Amazon. It also analyzes reviews to verify trustworthiness.
Top reviews

Judy K Doyle
5.0 out of 5 stars It was a good read.
Reviewed in the United States on January 14, 2019
Verified Purchase
It was a very good gift for the person we gave it to.
Read more
Helpful
Report abuse

Amazon Customer
2.0 out of 5 stars Two Stars
Reviewed in the United States on October 23, 2017
It is the same as his previous book. A shame.
Read more
One person found this helpful
Helpful
Report abuse
See all reviews

Canadian Mom
1.0 out of 5 stars Do not recommend, misleading title.
Reviewed in Canada on January 14, 2021
Verified Purchase
I would not recommend this book. It was clearly written by someone who does not appreciate the healing benefits of mushrooms. The title of this book is misleading. There is no respect or objectivity for the “natural and cultural history” of mushrooms by any stretch of the imagining.

Really wish I hadn’t purchased it, there are so many more informative books out there that don’t have such bias. The author is pedantic and this reads like an extended thesis paper.
This is written from an incredibly myopic, white male-centred place. I recommend checking out other books before picking this up. Hard pass.
Read more
Report abuse

gox
2.0 out of 5 stars dull
Reviewed in France on January 18, 2018
Verified Purchase
It is impressive how such a fascinating kingdom can be turned into such a dull book, or unachieved. Maybe the author should eat some of what he talks about to find back the magic. Also the science needs to be updated and reviewed with some interest and cheer curiosity.
Read more
Report abuse
See all reviews