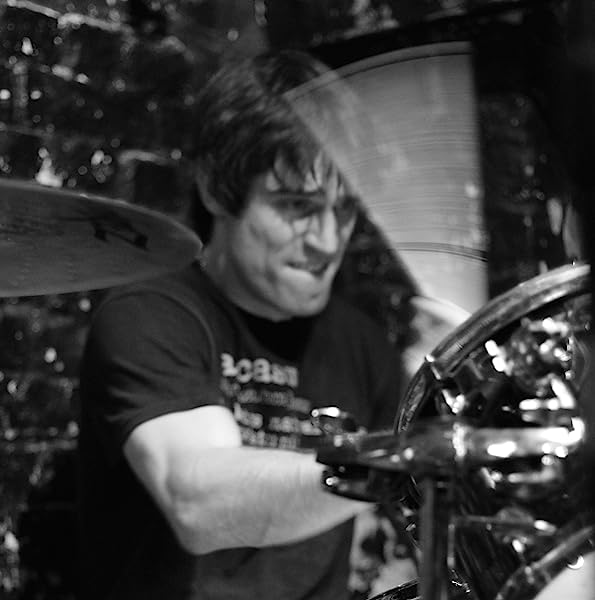 The Music Learning Profiles Project: Let’s Take This Outside uses ethnographic techniques and modified case studies to profile musicians active in a wide range of musical contexts not typically found in traditional music education settings. The book illuminates diverse music learning practices in order to impact music education in classrooms. It goes on to describe the Music Learning Profiles Project, a group of scholars dedicated to developing techniques to explore music learning, which they call "flash study analysis."

Twenty musicians were interviewed, invited to talk about what they do, how they learned to do it, and prompted to:

The Music Learning Profiles Project offers a nuanced understanding of the myriad approaches to music learning that have emerged in the early part of the twenty-first century.

Joseph Michael Pignato is Professor in the Music Department at the State University of New York, Oneonta.

Bryan Powell is Director of Higher Education for Little Kids Rock and Interim Director for Amp Up NYC.

Gareth Dylan Smith is in demand worldwide as a drummer, educator, writer, editor, guest lecturer and keynote speaker. He is an endorsee of EcHo Custom Drums and TreeWorks Chimes. He plays drums around the world in electro-swing, punk, blues, cabaret, classic rock, alt. rock and musical theatre bands. Collaborations include Roger Glover (Deep Purple), Rod Melvin (Ian Dury), Will Gompertz (BBC) and work with Sony, Victoria’s Secret and Bloomberg. His playing can be heard on recordings by Stephen Wheel, the Eruptörs, Mark Ruebery, Gillian Glover, Neck, Daniel Spiller &amp; the Broken Record Project, Sweet Tooth and poet-comedian, Oh Standfast. He has twice been a member of Aerosmith tribute band, Toxic Twins, and played drums for scores of musical theatre productions in the UK and Switzerland, including Parade, Spring Awakening, Rent, Les Miserables, Into the Woods, Wild Party and numerous pantomimes.

Gareth is Manager of Program Effectiveness at Little Kids Rock in New Jersey, where he works to expand, restore and innovate music education in schools throughout the USA. He is also Visiting Research Professor in the Department of Music and Performing Arts Professions at New York University in New York City. Gareth spent a decade teaching drums and general music in primary, secondary and tertiary education settings in England and Wales, then taught and led programmes for several years at the Institute of Contemporary Music Performance in London, and has taught for Boston University in Boston, Massachusetts. He has worked as an external examiner in higher education institutions in Malaysia, Australia, England, China, India and Scotland, and has consulted for organizations including WJEC and the Associated Board of the Royal Schools of Music. He has given invited lectures at institutions including University of Cambridge, Westminster Choir College, Columbia University, UCL Institute of Education, New York University, University of Chihuahua, University of Miami, University of Michigan, Case Western Reserve University, University of Westminster, Ithaca College, Florida International University and Trinity Laban Conservatoire of Music and Dance. Gareth has presented research at conferences on five continents.

Gareth’s book I Drum, Therefore I Am: Being and Becoming a Drummer – the world’s first sociological study of drummers – was published in 2013. His other books include Sound Advice for Drummers (2017), the Routledge Research Companion to Popular Music Education (2017), the Oxford Handbook of Music Making and Leisure (2016), Punk Pedagogies: Music, Culture and Learning (2017) and Sociology for Music Teachers: Practical Applications, second edition, with Hildegard Froehlich (2017). He has written for several encyclopaedias, including contributing dozens of articles about drummers to the Grove Dictionary of American Music, second edition. Gareth’s research interests include embodiment in performance; autoethnographic practice-as-research; intersections of music, education and entrepreneurship; learning and identity; and gender, democracy and social justice in music education. His work is widely published in peer-reviewed journals and books, and in magazines including Rolling Stone, Rhythm and Drummer. He serves on the editorial boards of several journals, including Media Journal in Music Education and Action, Criticism, and Theory for Music Education. He is founding editor, with Bryan Powell, of the Journal of Popular Music Education. He serves as President of the Association for Popular Music Education, and Chair of the International Society for Music Education’s Special Interest Group on Popular Music Education. Gareth maintains an observational comedic blog, Rich and Famous, at DrDrumsBlog.com, where he also writes music reviews and limericks. He contributes to the academic blog, Thinking About Music. When not drumming or writing, Gareth spends time with his family, and enjoys running, cycling, reading and traveling.

4.0 out of 5 stars
4 out of 5
2 global ratings
How customer reviews and ratings work

Joe Zolper
5.0 out of 5 stars Great Idea for a Research Book
Reviewed in the United States 🇺🇸 on December 3, 2022
This fills a huge gap in the literature in music education.
Read more
Helpful
Report abuse
See all reviews