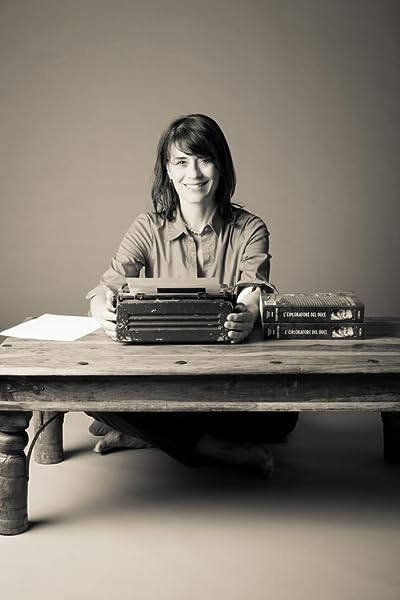 Mussolini's Explorer: The Adventures of Giuseppe Tucci and Italian Policy in the Orient from Mussolini to Andreotti. With the Correspondence of Giulio Andreotti. (Volume 1) 1st Edition

"Giuseppe Tucci has long been known as a foundational figure in the European discovery of India and Tibet as well as founder of IsMEO. This exhaustive new biographical study tells us much more about the academic side of his achievements, but also about his little-known collaborations with Mussolini and his sponsorship of Indian luminaries' visits to Fascist Italy. It will be indispensable for anyone seeking a complete understanding of Orientalist enterprises in the early twentieth century."
--Sumit Guha, Professor of History, The University of Texas at Austin

"As Italy takes up arms and Mussolini sets his eye on supplanting the British Crown a fact elegantly and rigorously uncovered by Garzilli in these pages Giuseppe Tucci manages to maneuver his way through the treacherous landscapes of the Himalayas and of Fascist politics to emerge as the country's foremost scholar and archaeologist of the Orient. His achievement is monumental, and Garzilli's monumental biography brings him joyously to life, through archival documents, personal letters, travelogues, lectures, interviews, articles, photographs, films, and her own tireless travels. Here is a hunt in search of a hunter. "
--Michael Witzel, Wales Prof. of Sanskrit, Harvard University

Enrica Garzilli is a specialist of Indology and modern Asian studies, editor-in-chief of the International Journal of Tantric Studies and the Journal of South Asia Women Studies, a former professor at the universities of Delhi, Perugia, Harvard, and Turin, and author of the first official biography of Giuseppe Tucci. She graduated in Sanskrit (Doctor, 110/110) from the University of Rome La Sapienza with Raniero Gnoli, Giuseppe Tucci’s most beloved pupil, and studied with other of his renowned students as well, including the art historian Mario Bussagli, and the famed Tibetologist Luciano Petech. In 1989 she published her thesis, The Spandasamdoha of Ksemaraja, a critical edition and translation of the 12th-century philosophical text in Sanskrit. Following graduation, she went on to take a post-doc Master in Computer Science for the Humanities at the University of Rome La Sapienza, and later received a post-doc Master in History from the University for Foreigners of Perugia. Among her professors were the great historians Giovanni Pugliese Carratelli and Jacques Le Goff. She was also the recipient of a fellowship from the Cultural Exchange Program between the Italian Ministry of Foreign Affairs and the Government of India, as Research Affiliate at the University of Delhi. During her fifteen-year teaching career, she has been a professor at various Italian and foreign universities, teaching principally Sanskrit, Indian Studies, Hinduism, Buddhism, Zen, History of Indian Law, Human Rights, and the History of Asia. From her initial studies of ancient South Asia—India and Nepal—she has since broadened her geopolitical and temporal horizons to cover contemporary times and countries such as Pakistan, Afghanistan, Tibet (or what is now the Tibet Autonomous Region or Xizang, a region of the People’s Republic of China). While teaching, she persisted in her studies and was admitted to the Graduate Program at Harvard Law School as a Visiting Researcher (y. 1994–1996), attending courses on International Law and Human Rights. Thanks to her years spent in Asia, she has become increasingly interested in contemporary politics, its institutions and its relations with the West. From 2002 she began researching and publishing on contemporary India, Nepal, Afghanistan and Pakistan. Since 2006 she has been publishing on Asia in leading Italian newspapers and magazines such as Limes, the Institute for International Policy Studies, Il Sole 24 Ore, and Il Fatto quotidiano.

Anthony Roberts
5.0 out of 5 stars " The translation is also well done demonstrating a good degree of effort between the translator and the author
Reviewed in the United States on April 11, 2017
Verified Purchase
The archeological and anthropological advances and discoveries of the early twentieth century were often colored by the political ideologies of those who bankrolled the expeditions, (creating a perspective that allowed Steven Spielberg to develop the Indiana Jones franchise.) Truth is often more interesting than fiction and such is the case here. Tucci's life would find even the silver screen difficult to do it justice. Ms. Garzilli though has taken the right approach by giving Tucci's life as much room as it needs rather than trying to shoehorn it into one volume.

Impeccably researched and detailed without being dry and "academic." The translation is also well done demonstrating a good degree of effort between the translator and the author.
I look forward to the next volume.
Read more
2 people found this helpful
Helpful
Comment Report abuse

krishnadt
5.0 out of 5 stars In a word: splendid!
Reviewed in the United States on June 25, 2016
When the mailman delivered to me this first volume of the monumental Garzilli’s 9 vols. work on the great Italian orientalist Giuseppe Tucci, I remember I was eager to read it as soon as possible. But, alas!, several work commitments kept me far from my intentions… since last week!
I’ve therefore taken my time to go with the due attention through all its pages: introduction, photographic material, the two main chapters (one dealing with Tucci’s youth and the other with his expeditions in Asia and the figure of Carlo Formichi) and even the bibliography.
Well… I’ve literally devoured it!!
As an enthusiast of Oriental studies and as an Italian, I’ve since ever been interested in Tucci’s life and works. Yet, if his books and articles still are at our disposal, for obvious reasons his file is not, and only one who knew him and his friends, acquaintances and colleagues in person, one like Enrica Garzilli, can better tell us the many facets of Tucci’s character: not only the international scholar, but also the Italian professor, the adventurer, the husband, the play-boy… in a word, that incredible man he was, loved by some, loathed by others.
The true spirit of Garzilli’s book, I must say, lies in the fact that it’s not a mere collection of episodes of Tucci’s life or a, so to speak, simple research concerned with what Tucci did, where he went, whom he met with. Not at all! This book, on the contrary, is an actual landscape. Garzilli, page after page, while thoroughly expounding the results of her delving into documents and direct witnesses, accompanies us into Tucci’s world. So, without even noticing this is happening, at a certain point we for instance begin to see before our eyes the sunny and gentle hills of central Italy, where Tucci spent his youth between classical studies and first wrintings. We find ourselves, then, surrounded by the bustling city life, when Tucci moved to Rome, first as a university student and then as an ambitious professor during the fascist period. We perceive the moist heat, we hear the sound of exotic animals, we guess the smell of spices mixed with the stench on the edge of some roads, during Tucci's journeys through India and Nepal, together with his friend and teacher Formichi, eager to find manuscripts in whatever language and on almost whatever subject, so vast was his horizon of interests and so far could his curiosity bring him.
This book is the first stage of a travel through the life of a special man, a journey in which we readers are Tucci's travelmates.
If you ask me then whether or not in my opinion Garzilli’s book is worth reading, my answer is: I can’t wait for the next volume to be published!
Read more
2 people found this helpful
Helpful
Comment Report abuse