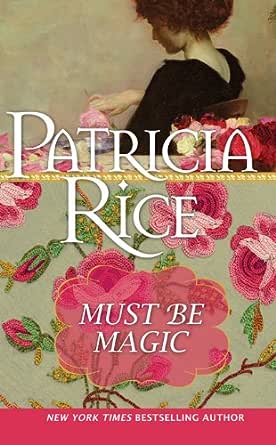 You've subscribed to Magic! We will preorder your items within 24 hours of when they become available. When new books are released, we'll charge your default payment method for the lowest price available during the pre-order period.
Update your device or payment method, cancel individual pre-orders or your subscription at
Your Memberships & Subscriptions
There was an error. We were unable to process your subscription due to an error. Please refresh and try again. 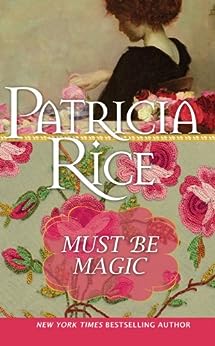 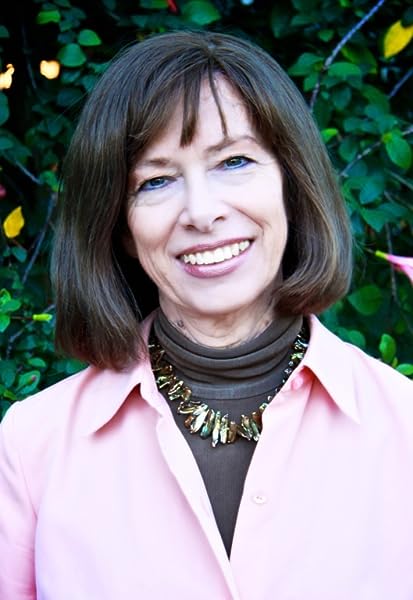 Must Be Magic Kindle Edition 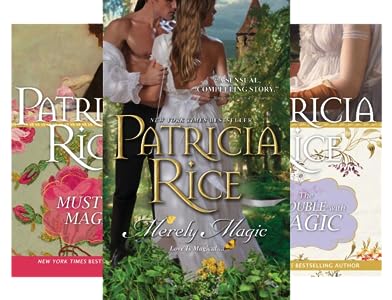 "Like magic taking you on a faraway journey, tempting you in your own little romance with your significant other..." - BookLoons.com

"Mesmerizing scenes that are breathtaking and truly magical... Enchanting. What a joy to read!" - Long and Short Reviews

"The story's flow was seamless. Never a stall... Simply delightful!" - That's What I'm Talking About

"An enchanting read... The beautiful way that Ms. Rice developed the characters really added depth to this story. " - Romance Junkies

"[Patricia Rice's] characters have layers of depth and her storylines are always intriguing. " - The Good, the Bad and the Unread --This text refers to an alternate kindle_edition edition.

"Pick little Christina if you must, but don't pick Leila for our team," a fair-haired adolescent warned her equally fair younger sister. "She has no powers. She's useless."

"But Uncle Rowland favors her," the younger girl replied. "He says Leila's just like him."

"That's because she's not like the rest of us," Diana, the elder, said with an arrogant toss of her blond curls. "Leila's hair is black, and she has no gifts. She's not a Malcolm. Even her baby sisters have more abilities than she does. Let her play on the babies' side. They won't know the difference."

On the staircase above, ten-year-old Leila cringed and backed up the way she'd come, her heart breaking with every step. She'd anticipated the joyous romp of the scavenger hunt her aunt had arranged. She'd been thrilled to have the company of her beautiful older cousins with their fascinating abilities to find lost objects and to paint pictures of what wasn't there.

She hadn't anticipated scorn at her own lack of such gifts.

She'd known her sister could see odd colors around people that she couldn't, but Christina was a baby. No one cared what babies saw, and what good were colors anyway? Leila was the eldest, and her mama said she was the best little helper she could have. Her papa called her beautiful. The little ones clamored for her company.

But her cousins thought her useless. Wide-eyed with shock, Leila quivered at the top of the stairs, not fully comprehending her cousin's antipathy.

Her cousins thought she wasn't a Malcolm. She might be adopted. She didn't want to be thrown out in the snow and left to die because she didn't belong here.

Panicking, Leila grabbed her black curls and threw a glance over her shoulder to see if the portly butler might already be bearing down on her, prepared to heave her out the door. Relieved to see no immediate danger in sight, Leila raced for the only comfort she knew-her very blond, very Malcolm mother.

Tears forming at her cousin's cruel dismissal, Leila rushed into the workshop and dived into Hermione's welcoming arms.

"I am a Malcolm, aren't I?" she wailed against her mother's plump bosom. "My hair will lighten to be just like yours someday, won't it?"

Sitting down on a low bench beside a cluster of candle molds and jars of herbs and fragrances, Hermione wrapped her beautiful firstborn in a hug. "Of course you're a Malcolm, dear. You're just different. You should be proud of your lovely black hair. Someday men will swoon over you."

"I don't want men to swoon," Leila declared, tears still in her eyes. "I want to make people smile like you do with candles that smell like happiness. I want to find lost things like Diana can. I can do anything I want, can't I? I'm a Malcolm." The last word came out almost as a plea.

Hermione stroked Leila's long curls. "It's up to us to make the most of what we're given, dear. You have beauty and grace and intelligence, and someday you will make some man very happy. Just don't let that man be an Ives," she added with a wry chuckle. "Your ancestors would rise from their graves."

Momentarily distracted from her grief, Leila gazed at her mother's serene features. "What's an Ives?"

"Only the downfall of all Malcolms, dear. We are creatures of nature, and they are creatures of science. Disaster results when the two come together. But you are much too young to worry about that now."

Disinterested in future disasters, more concerned about the current one, Leila eyed the glittering array of equipment on her mother's workbench. Inhaling the bouquet of scents exuded by the mood-enhancing wax candles and soaps her mother made, she bit her quivering lip and straightened her shoulders. She understood very little of the nasty Ives discussion, but she knew she was smart. Smarter than Diana. She already knew how to play the harpsichord and sing far better than her older cousin. She could make her father cry when she sang, and smile when she played.

She had better things to do than play at a stupid scavenger hunt. Heart bruised but pride intact, Leila lifted her chin. "I shall go down and see if Papa wishes to hear me play. I'm much too big for baby games."

"And take the chess set to the boys. They always behave better when you smile at them."

Racing to do as she'd been told, Leila vowed to smile and sing and make everyone happy and prove she was better than her cousins so her mama would love her.

As the laughter of her sisters and cousins rose from the entrance hall, Leila stopped at the top of the stairs, scrubbed at a wayward tear, and sniffed back the sob forming in her throat. It didn't matter if they wouldn't play with her. She didn't need them.

But she needed to be a Malcolm. She didn't want to be left out and all alone.