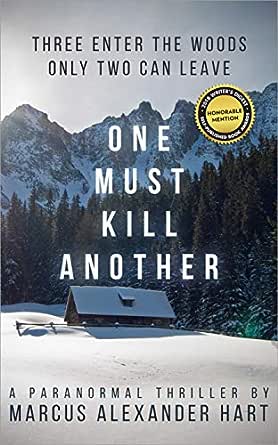 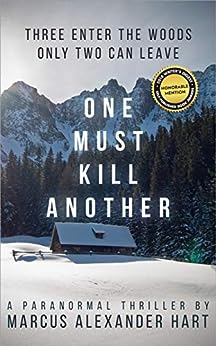 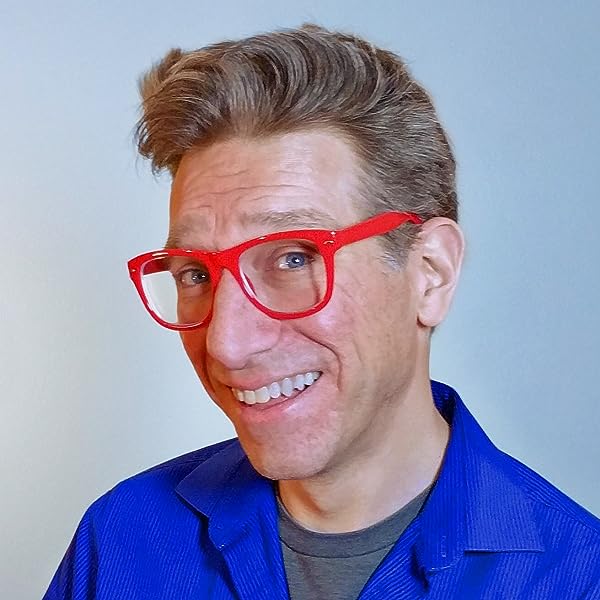 One Must Kill Another Kindle Edition

"[Hart's] use of language is so rough and real. [...] A real fierce complexity. An intense conclusion." - Judge, 25th Annual Writer's Digest Self-Published Book Awards
"Hart's style reminds me of some of the better Stephen King stories out there, when the scenario he sets up is compelling, yet also simple. He puts his characters into a trap and sees if they can puzzle their way out of it. But at the end of the day it's the characters themselves that keep you turning the pages." - Knights of the Dinner Table Magazine

Marcus Alexander Hart has written for stage and screen, including projects for Disney Channel and Disney XD. In past lives he’s been a computer animator, internet humorist, and contributing editor to the lifestyle/tech magazine Geek Monthly. Marcus lives near Portland, Oregon with his wife and two imaginary children. Visit him online at MarcusAlexanderHart.com. --This text refers to an out of print or unavailable edition of this title.

4.6 out of 5 stars
4.6 out of 5
32 customer ratings
How does Amazon calculate star ratings?
Amazon calculates a product’s star ratings based on a machine learned model instead of a raw data average. The model takes into account factors including the age of a rating, whether the ratings are from verified purchasers, and factors that establish reviewer trustworthiness.
Top reviews

L.Z.Marie
5.0 out of 5 stars Hold on to your seats!
Reviewed in the United States on December 16, 2018
Verified Purchase
A page-turning ride down a creepy-strange supernatural rabbit hole that left me by turns horrified and astonished. A dysfunctional family with too many secrets awakens an ancient evil. And it wants blood. Once the Evil is released, the story spirals into a fast-paced thriller that never slows down. Mom is an ambitious selfish over-the-hill movie queen. Dad is mired in self-loathing. Their adult daughter, a product of Hollywood fast living gone tragically wrong, is caught in a web of hate and anger and all those emotions stemming from a Hollywood tabloid divorce. Hart doesn’t hold any punches in this psychological horror, and it had me squirming. Think Jumanji meets Stranger Things meets Hitchcock.
Read more
Helpful
Comment Report abuse

Amazon Customer
5.0 out of 5 stars Couldn't put it down
Reviewed in the United States on December 11, 2018
Verified Purchase
It may sound cliche, but I literally couldn't put this book down. Call it a page turner or whatever you like, but Marcus Hart has come up with a real winner here. The story is told through the contrasting point of view of the three main characters and it works well to help the reader unravel the multiple layers of a plot that provides plenty of unexpected moments. The pacing is strong as the surprises come fast and furious, easily jumping between time periods to fill in the blanks on the lives of three greatly flawed but seemingly well meaning characters. With a mix of fantasy and the supernatural punctuated by writing that also shows flashes of a fine sense of humor, One Must Kill Another is a great way to spend an afternoon.
Read more
Helpful
Comment Report abuse

Amazon Customer
5.0 out of 5 stars fun, exciting, often blurt-laugh funny
Reviewed in the United States on March 6, 2019
Verified Purchase
I’m rather glad I didn’t read the inscription before diving into the story. The main hook doesn’t start to hit until about 80 pages in and caught me completely off guard.

Every new chapter features a change in the narrator, from father to mother to daughter, etc., and the narration jumps constantly from prologue to present — Mr. Hart handles this constant change with style. Our understanding of who our characters are and why they wound up here evolves beautifully from start to finish, and the pace at which plot points get revealed is excellent.

Austin McKinley
5.0 out of 5 stars Feel their pain... for fun!
Reviewed in the United States on May 23, 2018
Verified Purchase
Wildly imaginative, emotionally raw, and poignant in the best tradition of paranormal intrigue and semi-comedic horror tales, “One Must Kill Another” is a dark, twisted and visceral family drama with prose so juicy turning each page is a pleasure… despite what the reader is likely to encounter there. Hart debrides each layer of the Savage family’s history with empathy and literary punch, and unveils their mind-bending adventure with nail-biting skill. A joy to read, cathartic and dripping with vicious surprises!
Read more
Helpful
Comment Report abuse

John J. Walsh IV
5.0 out of 5 stars A Masterpiece of Cerebral Horror
Reviewed in the United States on July 18, 2019
Verified Purchase
The premise of this book is so deceptively simple, and I honestly went into it thinking that it wasn't going to really be for me. I couldn't have been more wrong. There are a lot of wonderful surprises awaiting readers who take the journey with these tragic characters that feel uncomfortably real in the best way possible.
Read more
Helpful
Comment Report abuse

Whitney Humphrey
5.0 out of 5 stars Definitely a must read
Reviewed in the United States on May 8, 2018
Verified Purchase
One Must Kill Another was completely engaging. With it's complex mix of drama, comedy, suspense and horror I could not put this book down. I think Hart did an amazing job of writing from different characters perspectives. Especially with portraying the emotions of female characters, which I find is not an easy task for a male writer. The ending is the bow on top of a perfectly tied up plot. I highly recommend this book to anyone with a sick sense of humor like mine.
Read more
Helpful
Comment Report abuse

B B and W
5.0 out of 5 stars Loved it
Reviewed in the United States on November 11, 2018
Verified Purchase
Couldn't put it down. You should give this a try, seriously!! (Especially if you're in the mood to be on the edge of your seat.)
Read more
Helpful
Comment Report abuse

Amazon Customer
4.0 out of 5 stars Well worth reading.
Reviewed in the United States on May 16, 2018
Verified Purchase
The book was very imaginative with some creative twists. Great pacing which makes you want to keep reading to the very end. The characters are well fleshed out. There are certain parts where the author explains things a little too much rather than trusting the reader. Overall a good book that is well worth picking up.
Read more
Helpful
Comment Report abuse
See all reviews from the United States

Becca
1.0 out of 5 stars Unfortunately not for me
Reviewed in the United Kingdom on September 20, 2018
Verified Purchase
This was a bit boring. I couldn't get on with the writing style or the story. Stopped reading about 20% of the way in. Shame because the premise was a good one.
Read more
Helpful
Sending feedback...
Thank you for your feedback.
Sorry, we failed to record your vote. Please try again
Report abuse

Alatariel
5.0 out of 5 stars Equally thrilling and fun
Reviewed in the United Kingdom on May 28, 2018
Verified Purchase
A gripping story that will have you reading long after you meant to turn off the lights, with characters who have real depth and true personality. Loved that it doesn’t take itself too seriously either - a great balance of comedy and scare-factor. Couldn’t put it down!
Read more
One person found this helpful
Helpful
Sending feedback...
Thank you for your feedback.
Sorry, we failed to record your vote. Please try again
Report abuse

ap
5.0 out of 5 stars Thriller with humour
Reviewed in the United Kingdom on May 18, 2019
Verified Purchase
I enjoyed the blending of humour with thriller and the characters are interesting
Read more
One person found this helpful
Helpful
Sending feedback...
Thank you for your feedback.
Sorry, we failed to record your vote. Please try again
Report abuse

Joy Llewellyn
5.0 out of 5 stars A page-turner of a book
Reviewed in Canada on November 17, 2019
Verified Purchase
“One Must Kill Another” has it all: Action, secrets, family drama, and a demon who seems to be invincible. What a fun read.
Read more
Helpful
Sending feedback...
Thank you for your feedback.
Sorry, we failed to record your vote. Please try again
Report abuse