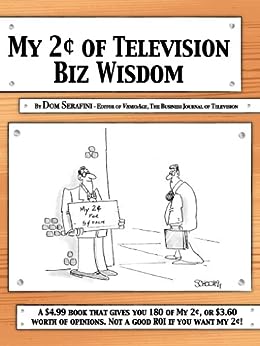 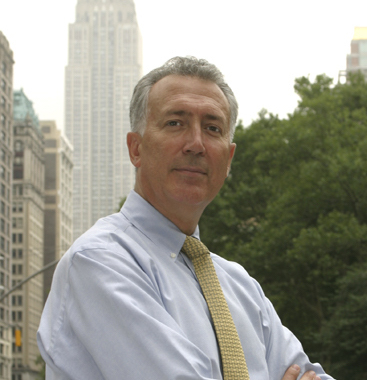 by Dom Serafini (Author) Format: Kindle Edition
See all formats and editions
Sorry, there was a problem loading this page. Try again.
Usually authors write books with the intent to please readers. Dom Serafini’s new book, My 2¢ of Television Biz Wisdom, is intended to upset most of them one way or another. This follows the dictum of several advertisers in his publications to never to place their ads facing Dom’s “My 2¢” editorials, or risk that their clients view the ads in a state of irritation.
This collection of “My 2¢” is Serafini’s seventh book and it’s about television, where experts and laymen alike will find something to be upset about. It’s about entertainment, politics, regulations, finance, economics, advertising, acting, critics, executives, production, distribution, trade shows, new and old technologies, religion, creativity, various cultures, worldviews, PR, news, printed media and common sense. Yes, just 2¢ of common sense. It is intended to stimulate readers and to dispel the notion that television is an arid topic at the bottom of the intellectual totem pole. As a precaution, it is advisable to read this book before meals in order to avoid indigestion.
The author, Dom Serafini, is the Editor-in-Chief of VideoAge. Defined as “The Business Journal of Television,” it publishes a Monthly (www.VideoAge.org) the world’s second-largest professional international TV trade publication, and VideoAge Daily (www.VideoAgeDaily.com), the TV trade show market Daily. Both publications are based in New York City. Serafini is also a contributor to publications in the U.S. (New York, Los Angeles, Las Vegas), Canada and Italy. Before founding VideoAge, Serafini was the International Editor of TV/Radio Age.
The collection features more than 180 editorials among the 615 or so that he wrote since founding VideoAge in 1981.
The book is priced at $4.99, but the cover warns readers that it gives them 180 of Dom’s “My 2¢,” or $3.60 worth of opinions. Not a good ROI, according to Dom’s “My 2¢!”
Read more
Previous page
Next page

Dom Serafini is the editor of VideoAge magazine and VideoAge Daily. He founded the main publication in 1981 in New York City and now it is the leading international TV trade magazine.

Serafini introduced the concept of trade dailies during television markets in 1983. In the same year he began a campaign to change the name of "May Screenings" to the "L.A. Screenings," now accepted worldwide. Serafini is also a contributor to consumer publications in New York, Los Angeles, Las Vegas, Montreal (Canada) and several in Italy and for the TV trade in Spanish for LATAM.