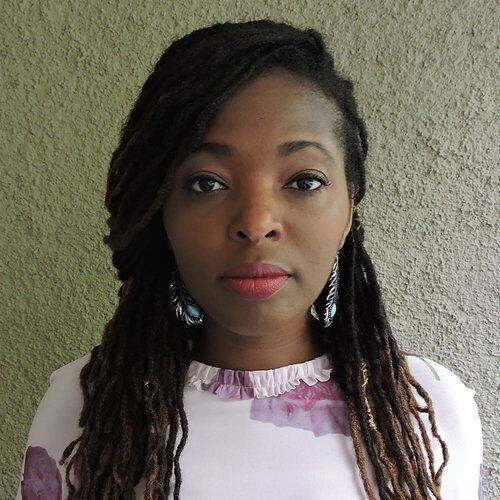 by Denene Millner (Author)
4.8 out of 5 stars 13 ratings
See all formats and editions
Sorry, there was a problem loading this page. Try again.

“The best site for thoughtful, fierce advice about parenting from a Black perspective” —Ebony

For almost a decade, national parenting expert and bestselling author Denene Millner has published thought-provoking, insightful, sometimes wickedly funny commentary about motherhood on her critically acclaimed website MyBrownBaby.com. The site, hailed as a “must-read” by the New York Times, speaks to the experiences, joys, fears, sorrows, and triumphs of African American motherhood, from pregnancy and child-rearing to relationships and the politics of parenting black children.

After publishing almost 2,000 posts aimed at lifting the voices of moms and dads of color, Millner has now curated My Brown Baby, a collection of the website’s most important and insightful essays. This one-of-a-kind parenting book offers perspectives on the issues moms of color and mothers of children of color face as they raise their kids—from birthing while black to negotiating discipline to preparing children for racism.

Through her website, Millner has created a space for African American moms and parents of black children, many of whom long to lend their critical but all-too-often ignored voices to the national parenting discussion. Full of essays that readers of all backgrounds will find provocative, My Brown Baby acknowledges that there absolutely are issues that African American parents must deal with that white parents never have to confront if they’re not raising brown children. This book chronicles these differences with open arms, a lot of love, and the deep belief that though we may come from separate places and have different backgrounds, all parents want the same things for our families, and especially for our children.
Read more
Previous page
Next page

Praise for Denene Millner, her blog, and My Brown Baby:

“[Millner] here delivers the finest selections from her award-winning blog MyBrownBaby.com, which soulfully and hilariously depicts the delights and sorrows of child rearing from a black perspective. While few blogs on this topic make it to publication, Millner’s deserves every prize earned. Her writing is acutely on target. Holding nothing back, and speaking through raw truth, she gives a keen yet grounded take on parenting from the black viewpoint, both educating and validating readers along the way. . . . Millner is on top of every political, media, and cultural front, making her one of the most relevant and aspiring writers on the issue of black parenting.” —
Library Journal, starred review

“Many of [the essays] are humorous, some are profound, and more than a few are thought-provokingly political. . . . Millner is a natural, conversational writer, and these bite-size essays deserve a wide readership.” —Booklist

“The best site for thoughtful, fierce advice about parenting from a Black perspective.” —Ebony

“For brown moms looking for a space to write and talk about pregnancy, parenting, healthy eating and pop-culture portrayals of parenting, this blog is their utopia.” —The Root

“Insightful and powerful. . . . A must-read for mothers raising children of color—and for parents everywhere.” —The Parenting Patch

“While the shelves are full to bursting with pregnancy and childrearing books, Millner tackles the subject from a different angle, one that’s perhaps more rare and that speaks directly to parents without a lot of fuss. Millner uses humor, but it’s clear when she’s being serious; she’s also common-sense and offers a nice mix of old-school, modern ideas, and new viewpoints on things your Mama never had to consider.” —Terri Schlichenmeyer, The Bookworm Sez

“There are so many good nuggets of information and great essays found in the pages of My Brown Baby. . . . While this book is geared towards African-Americans raising Black and Brown children, it can be read and enjoyed by people of all races.” —Here Wee Read

“Required reading for parents of all shades―and it will help them understand the perspectives of their fellow parents.” —Flagpole.com

“An eye opening read . . . . A must read for anyone that has a child ‘different’ than themselves.” —Kelly’s Thoughts On Things

“There is no one size fits all manual, but Denene Millner is knocking down the fourth wall of Black Parenting in her newest book. . . . This is the parenting book we all need, and it is carving out a new lane in the Parenting Genre.” —D’BABETTA

“What you’ve come to expect since 2008 from the My Brown Baby site—that purposeful, gleeful recognition of parenting while black—you’ll get in the essays in this book.” —Arnebya

“Revealing her own trials and triumphs, Denene fosters a community of [parents] dedicated to making the next generation as powerful as it can be.” —For Harriet

Denene Millner is a contributing editor at Agate Publishing where she directs the Denene Millner Books imprint. She is the founder and editor of MyBrownBaby.com, a blog focused on parenting and race. Millner authored or coauthored 25 books, including four New York Times bestsellers.

New York Times best-selling author DENENE MILLNER is a highly respected and sought after award-winning journalist whose captivating books, columns and essays have secured her foothold in the entertainment, parenting, book publishing and social media industries. The veteran author has written and collaborated on 31 critically acclaimed and bestselling books, penning tomes with Taraji P. Henson, Will Smith, Charlie Wilson and Jessye Norman, among other celebrities, and co-authoring “The Vow,” the novel on which the hit Lifetime movie, “With This Ring” was based. She also has been a frequent contributing entertainment, parenting and relationships writer for some of the nation’s most well-read and respected magazines, penning high-profile cover stories on everyone from hit filmmaker Tyler Perry and Scandal’s Kerry Washington to super star George Clooney and The Walking Dead’s Lauren Cohan, for Essence, Women’s Health, Ebony and other top publications.

Denene also is vice president and publisher of Denene Millner Books, a Simon &amp; Schuster imprint that publishes books featuring African American children. In its debut year, "Crown: An Ode to the Fresh Cut," won Newbery and Caldecott honors and the Kirkus Prize for Children's Literature. She has since gone on to publish a plethora of critically-acclaimed picture books and young adult novels, all with a singular focus: to celebrate the everyday humanity of Black children. As the sole African American woman with her own children’s book imprint at a Big 5 publishing house, Denene acquires, conceives and edits books for the imprint, oversees their artistic development, and helps conceptualize and execute all aspects of the publishing process, including marketing, publicity and sales, with a focus on creating opportunities for marginalized writers, artists and their stories.

In addition to running her imprint and penning books and magazine cover stories, Millner spent a decade working as a columnist, contributing editor, and blogger for Parenting, a national magazine for which she provided witty, engaging, mom-to-mom advice on everything from childrearing and marriage to work and friendship. Denene is also the founder and editor of MyBrownBaby.com, an oft celebrated, award-winning website that examines parenting and motherhood through a distinctive multicultural lens. Her work as a parenting and relationships expert has been covered extensively on national television, earning Millner regular appearances on the Today show, The Meredith Vieira Show and HLN, and guest appearances on CBS’s The Early Show, NPR, CNN, MSNBC, VH-1, The Nate Berkus Show and The Rachel Ray Show. In 2018, she became a founding co-host on Georgia Public Broadcasting's "A Seat at the Table," a talk show about black women, which led to her founding of the critically-acclaimed NPR podcast "Speakeasy with Denene," a celebration of the beauty of the African American experience.

Denene lives is a graduate of Hofstra University and lives in Atlanta with her two daughters and their adorable Goldendoodle, Teddy.

Rachel Ab Garlinghouse
5.0 out of 5 stars A must read!
Reviewed in the United States 🇺🇸 on March 7, 2017
Verified Purchase
I'm flagging page after page: so much goodness. As a white mom of four brown babies, I need this book: for education, inspiration, and affirmation. Denene approaches raising brown babies with authenticity and transparency- things we all need more of !
Read more
13 people found this helpful
Helpful
Report abuse

Heather Johnson
4.0 out of 5 stars I highly recommend My Brown Baby written by Denene Millner
Reviewed in the United States 🇺🇸 on April 20, 2017
If you are looking for a new parenting book to read, I highly recommend My Brown Baby written by Denene Millner. While the book focuses on African American motherhood from pregnancy and child-rearing to relationships and the politics of parenting black children, I found the writing and essays quite accessible to parents of all colors. I found myself drawn in immediately to the short essays. As a white mother raising white children, I found the book insightful and powerful. Millner brings the differences that moms of colors and mothers of children of color face, which I consider extremely important in this day and age. My Brown Baby is a must-read for mothers raising children of color --- and for parents everywhere.
Read more
10 people found this helpful
Helpful
Report abuse
See all reviews