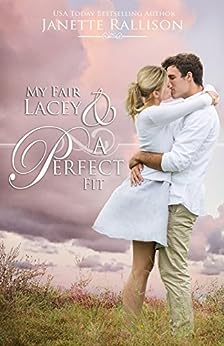 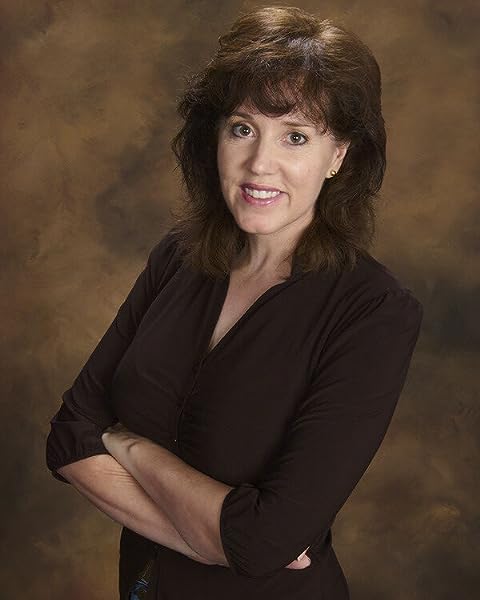 My Fair Lacey & A Perfect Fit: A modern retelling of My Fair Lady with a much hotter professor. Kindle Edition

4.8 out of 5 stars
4.8 out of 5
57 global ratings
How are ratings calculated?
To calculate the overall star rating and percentage breakdown by star, we don’t use a simple average. Instead, our system considers things like how recent a review is and if the reviewer bought the item on Amazon. It also analyzes reviews to verify trustworthiness.
Top reviews

F. Branch
5.0 out of 5 stars Finding love times 2
Reviewed in the United States on May 3, 2018
Verified Purchase
Two books in one, and both absolutely fun and wonderful! The first book, "My Fair Lacey" is a spin on the classic movie, "My Fair Lady" but so much more enjoyable. Anyone who appreciates good grammar is going to be cheering as they read. "A Perfect Fit" has characters that were introduced in the first book, so the reader already is half in love with them. I loved the plots of both books, and read them in one sitting because the story lines were too entrancing to put down. If you're a fan of romance with humor, you'll want to read these.
Read more
7 people found this helpful
Helpful
Report abuse

My Fair Lacey primarily focuses on a woman trying to learn how to present herself in a sophisticated manner in order to impress high brow bankers with the hopes that she'll be able to obtain a loan. Lacey's transformation mostly involves developing an advanced vocabulary and upgrading her wardrobe. Of course, misunderstandings ensue while Lacey expands her vocabulary that is sure to earn a chuckle from the reader.

A Perfect Fit focuses on a scheming brother trying to lure his sister away from an obnoxious boyfriend by setting her up with a hunk of man candy. This novella was especially funny and a delight to read.

mara
5.0 out of 5 stars Double feature romantic comedies
Reviewed in the United States on June 26, 2018
Verified Purchase
These stories were previously in a couple of Echo Ridge Romance Anthology books and are perfect together in this pairing because a lot of the characters are in both stories.

MY FAIR LACEY--Lacey Johnson wants to have her own restaurant but the bank turned her down for a loan. Her roommate's brother Garrett Halifax needs to do a dissertation and helping Lacey get a better job by changing the way she talks and dresses is going to be the topic of his dissertation. Garrett also wagers his sister's boyfriend, Anthony, that Lacey can get a better job which is how A Perfect Fit comes about.

Lacey is from a family that's never had a lot of money, but she's a wonderful person who's a hard worker and cares about her family so much that she dropped out of college when her father got cancer. She's very rough around the edges as far as speaking properly and doesn't care much about what she wears as long as it's modest and clean.

The story reminded me a lot of the TLC show What Not to Wear except this also included English and grammar lessons. Garrett is super sweet and shows a lot of patience with Lacey. As always Janette Rallison has some hilarious scenes and funny dialogue. I loved the story of Lacey's date with an out-of-towner, and the conversation at the art gallery when she confuses the word neophyte with nympho was priceless. You can't go wrong with a rags-to-riches type of story especially when it all works out for everyone in the end.

A PERFECT FIT--JoJo Halifax's brother, Garrett, doesn't like her boyfriend Anthony at all, so he makes his roommate from Harvard, Wyatt Nelson, a deal he can't refuse. Garrett will hire Wyatt as his assistant at Kenworth's for the summer with double the pay, and he can stay in the guest room at Garrett's condo rent free while he dates his sister, JoJo, to get her away from the pretentious Anthony, or "at least fall out of love with Anthony". There's also the homecoming game parade float contest going on which enables JoJo and Wyatt to spend time together.

Wyatt is handsome, witty and funny, while Anthony is a manipulative, pretentious artist who thinks he's smarter and better than everyone else. The more time JoJo spends with Wyatt, the more she sees how different he is than Anthony. Unlike Anthony, Wyatt thinks she's a talented artist. I loved the family dinner scenes. I originally read this story as part of the Second Chance Kisses (Echo Ridge Romance #4) and it was one of my favorites in that collection.

P. Bothwell
4.0 out of 5 stars My Fair Lacey and A Perfect Fit - PG
Reviewed in the United States on November 14, 2018
Verified Purchase
My Fair Lacey - PG
Violence: slight fisticuffs
Language: nothing offensive
Sex: no sex, a couple kisses
I read this before as part of an anthology and enjoyed it just as much this time through. Some of Lacey's inner dialog had me cracking up. Her relationship with Garrett is great, as well. I adored the feelings reveal. Super fluffy, but so good!

A Perfect Fit - PG
Violence: none
Language: nothing offensive
Sex: no sex, a few kisses
Delightful! I like Ms. Rallison's contemporary stuff so much better than her high school books. This was a great chaser to the My Fair Lacey book, although it isn't quite as funny.
Read more
4 people found this helpful
Helpful
Report abuse

Wendy A. Richardson
5.0 out of 5 stars How did I miss this?
Reviewed in the United States on March 24, 2021
Verified Purchase
Janette Rallison is one of my favorite authors, and I generally read all of her books as soon as they come out. For some reason, though, I missed this one. I was ecstatic to find and read something new (at least to me).

As usual, Rallison’s characters and the situations they find themselves in make me smile. I enjoyed Lacey’s makeover process—and the story of her awful date ending in naked hitchhiking (for him) made me laugh. As with all good books, the characters end up getting what they deserve, so that always makes me sigh with satisfaction.

I also adored A Perfect Fit—Jojo and Wyatt were easy to root for, and Anthony was a worthy villain. Since he’s such a *great* artist, I’ll just call him a piece of work.