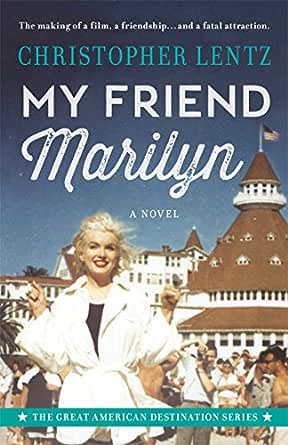 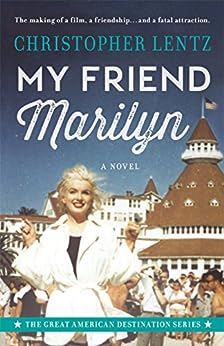 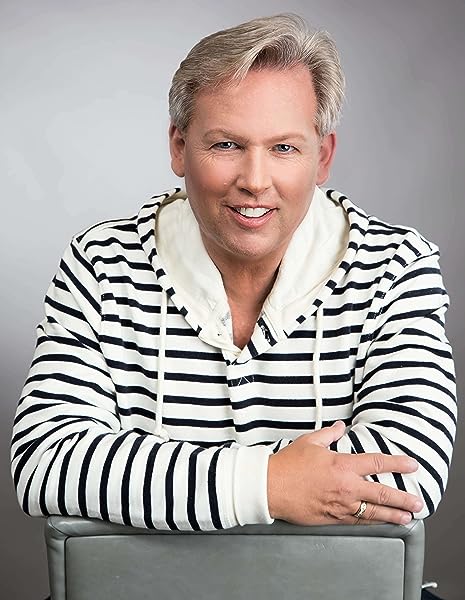 "My Friend Marilyn" poses an intriguing what-if question: What would happen if you were pulled into a twisted Cinderella love story with Marilyn Monroe as your fairy godmother? The answer: Plenty.
I describe the novel as "Bridesmaids" meets "Some Like It Hot," with a Melissa McCarthy-ish character who's having the time of her life, but with someone ending up dead.
This is a classic fish-out-of-water story that's part Hollywood fantasy, part romance, part ghost story and wholly unforgettable. Marilyn Monroe was seen by many, but known by few, and that mystique continues. Considering today's discussions about body-image and body-shaming, I wanted to explore what might have happened if an outwardly confident plus-size girl is befriended by the most beautiful woman on the planet--who, by the way, had major confidence and body-image issues.
"My Friend Marilyn" intertwines history and myth to tell a tale of acceptance, friendship and love. It's the first novel in the new Great American Destination Series which offers historical-fiction books set at locations readers can visit today.

THE MAKING OF A FILM, A FRIENDSHIP AND A FATAL ATTRACTION!
What would happen if you were pulled into a twisted Cinderella love story with Marilyn Monroe as your fairy godmother? Plenty.
Imagine this: Penny Parker, a curvy dime-store cashier, longs for a best girlfriend. When she wins a contest, she gets one: Marilyn Monroe. She'll be the on-set assistant to the iconic star for eight precious days during the filming of "Some Like It Hot" in 1958. Penny's black-and-white life turns Technicolor as she becomes part of Marilyn's world of smoldering secrets, sinister strangers and jaw-dropping bombshells.
A TINSELTOWN TEMPTRESS AND A SMALL-TOWN SPINSTER...
The emotional whirlwind uncovers Penny's confusing attraction to childhood buddy, Frankie Holland. And in what could be a happily ever after moment, Hollywood's smartest dumb blonde steps in to play fairy godmother to her newfound--and unlikely--Cinderella.
...UNCOVER THE TRUE MEANING OF FRIENDSHIP!
Penny sneaks Marilyn out of the famed Hotel del Coronado near San Diego and into the real world. With the help of old friends and new--and a ghost or two--Penny discovers there's a ruthless killer on the loose who has Marilyn in the crosshairs. Together, Penny and Marilyn discover how hearts can sometimes see what eyes cannot.
Pure movie magic that's as entertaining as a three-martini lunch with the gals, My Friend Marilyn intertwines history and myth to tell a tale of acceptance, friendship and love.

Christopher Lentz is the acclaimed author of My Friend Marilyn (historical fiction, 2018) and The Blossom Trilogy (historical romance). His books are about hope, second chances, and outcasts overcoming obstacles. At their core, Lentz's stories are about how love changes everything. Lentz made his mark as a corporate-marketing executive before becoming a full-time author. He has kissed the love of his life atop the Eiffel Tower, climbed the Great Wall of China, snorkeled the Great Barrier Reef, and earned a paycheck dressing up as Winnie the Pooh at Disneyland. He lives in a haunted Victorian house and firmly believes that hoarding is okay if the stuff is cool. Lentz resides in Southern California with his wife and family. Follow him on Twitter @AuthorLentz and Facebook @christopher.lentz.author. For more information, visit christopherlentz.org.
Read more