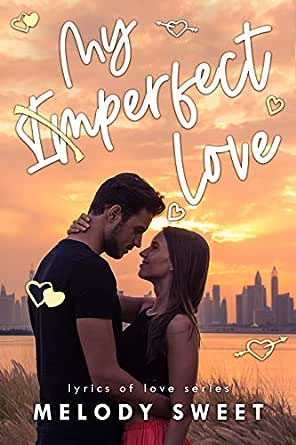 You've subscribed to Lyrics of Love! We will preorder your items within 24 hours of when they become available. When new books are released, we'll charge your default payment method for the lowest price available during the pre-order period.
Update your device or payment method, cancel individual pre-orders or your subscription at
Your Memberships & Subscriptions
There was an error. We were unable to process your subscription due to an error. Please refresh and try again. 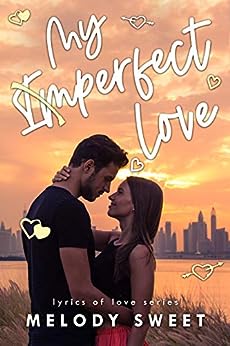 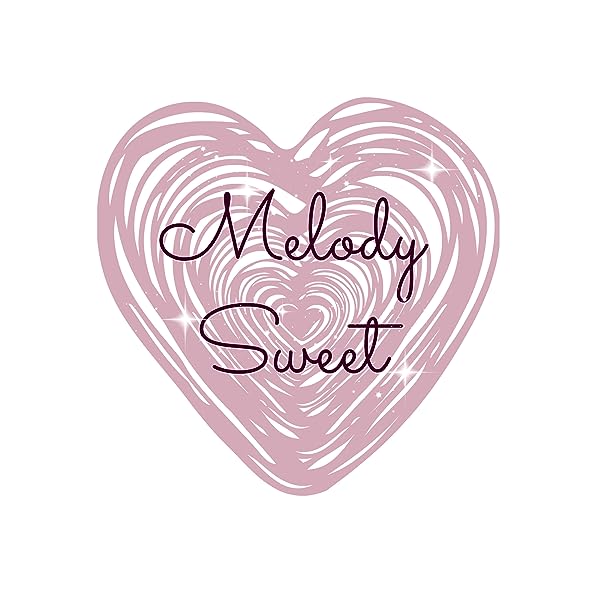 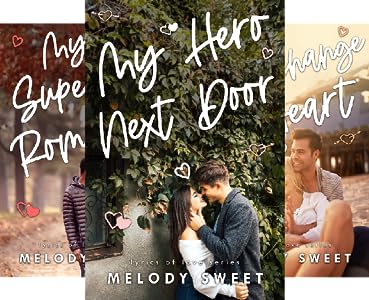 "The story sounded intriguing - so I read it - in one sitting - and HOLY MOTHER of PEARL it was HEART-WRENCHING and BEAUTIFUL, I could NOT put it down... Jimmy and Ness together is absolute perfection." ★★★★★ by Book Nerd

"Another epic book by a very talented author." ★★★★★ by Kindle Customer

"[This book] was simply amazing and one that I would recommend if you enjoy a good romance with a twist. You will not be disappointed, but be warned...your emotions will be all over the place." ★★★★★ by Ink Angels Book Blog

"This book stole my heart with every word from the very first page!... I'm really not a big crier but this book had me on the brink of tears so many times and I love books that can make me feel so much." ★★★★★ by Emmi R


"To call this an enjoyable read is the equivalent of calling the ocean wet." ★★★★★ by Frank Atkins

NOTE: The above reviews are taken from the reviews of the original novel - True Love (A Songbird Novel) by Melissa Pearl

R. B.
5.0 out of 5 stars Emotional book, full of romance and growth
Reviewed in the United States on July 3, 2020
My (Im)Perfect love is a rewrite of the novel True Love written under a different pen name with editing to remove the detailed intimacy. There is still intimacy, but it is fade to black and there is some swearing in the novel. I loved the story, but some of the language did bother me. I received an ARC for my honest review.

Nessa had a hard childhood and we get little details of what it was like throughout the book. Her childhood really shape the way she sees herself. When she looses her hand in a motorcycle accident all her insecurities are magnified.
Jimmy also had a twisted kind of childhood, although his was different than Nessa’s it really made it hard for him to commit to a serious relationship. He slept around...a lot.

This is a very emotional novel, it literally rips your heart out at some points. Rarely does a novel bring me to tears. Even though it does have sad points in it there is such a strong message in the book that is really needs to be heard. Both main characters have a tremendous amount of personal growth throughout the novel and the author does an amazing job reeling the reader in. I loved the ending! Can’t wait to read the next book in the series.
Read more
One person found this helpful
Helpful
Comment Report abuse

Bri
5.0 out of 5 stars Wonderfully broken romance
Reviewed in the United States on July 3, 2020
Nessa...a girl who had quite the shady past, hidden behind her rockstar image. She thought she had it all. A new life with an awesome band with guys she grew up with. But when a tragedy strikes, she finds herself feeling all those memories of her shady past. And who is the one person who comes running? Jimmy. The guy that she fell for, only for him to let her down. Something he had in common with her mother.

After Nessa's tragic accident, Jimmy realizes that maybe he had more in front of him than he realized and that he needs to suck it up and be a man. Be THE man that Nessa deserves. After all, she is the ONE that he wants. Jimmy fights to not be like his father, even though when his father is around, they have the time of their lives.

With the stress of a new record label for the band, Nessa's accident, a new drummer, and their battle with love, Jimmy and Nessa need to get their act together. What is their relationship? What do they want in life? Most importantly, do they love each other enough to stay as a couple, or is Jimmy just like his father...a womanizer. Is Nessa the woman her mother told her she would always be, a loser and a nobody?
Read more
Helpful
Comment Report abuse

Marsha Graniel
5.0 out of 5 stars Love it!!!
Reviewed in the United States on July 3, 2020
My (Im)perfect Love is an amazing read. I forgot how hard it was to read Nessa and Jimmy’s story. It is an emotional roller coaster that will have you at the edge of your seat rooting for them to find their place in this world. Nessa and Jimmy’s story is a friends to lovers sweet romance. I love how we get to know them more and see how perfect they are for each other. Also love getting to know the rest of the members of the band Chaos. I really enjoyed reading their story and can’t wait to read more from Melody.

Leanne
5.0 out of 5 stars Heartbreaking and yet wonderful
Reviewed in the United States on July 3, 2020
How does one review this emotional journey. Nessa's story broke me, I had a tissue permanently is my hand for most of it. I even took a break and came back to finish it. You'll be hoping for a happy ending, not the way it was though. You can't go back! How can she ever drum again after the accident? Will Jimmy wake up to himself, grow up and see what's under his nose. He has his own baggage, can he take on hers too? Does she even want him to?
I loved this story and I wonder how the author can top it. Great job Melody.
Read more
One person found this helpful
Helpful
Comment Report abuse

Paula G
5.0 out of 5 stars Loved it
Reviewed in the United States on July 3, 2020
Oh my. This book is amazing and I absolutely loved the emotional roller coaster it had me going on. It's one that will have you begging for more
Read more
One person found this helpful
Helpful
Comment Report abuse
See all reviews from the United States