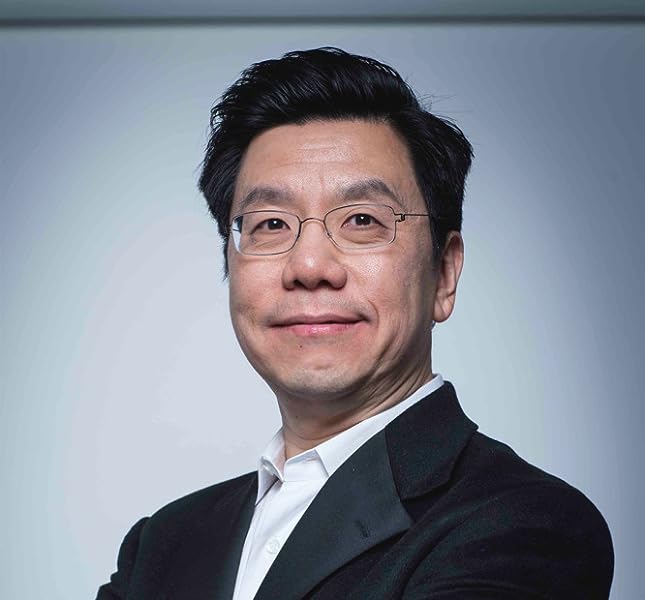 My Journey into AI: The Story Behind the Man Who Helped Launch 5 A.I. Companies Worth $25 Billion Hardcover – January 2, 2019

Dr. Kai-Fu Lee is the Chairman and CEO of Sinovation Ventures, which is a leading technology-savvy investment firm focusing on developing the next generation of Chinese high-tech companies. Prior to founding Sinovation in 2009, Dr. Lee was the President of Google China. Previously, he held executive positions at Microsoft, SGI, and Apple.
Start reading on your Kindle in under a minute.

4.3 out of 5 stars
4.3 out of 5
18 customer ratings
How does Amazon calculate star ratings?
Amazon calculates a product’s star ratings based on a machine learned model instead of a raw data average. The model takes into account factors including the age of a rating, whether the ratings are from verified purchasers, and factors that establish reviewer trustworthiness.

Dr Hariz Hazwan
3.0 out of 5 stars The book is more on Journey but very little on AI
Reviewed in the United States on December 20, 2019
Verified Purchase
As much as I know this is a autobiography , I feel like there seems too many unnecessary self absorbed comments of himself. A bit less would be fine, but I feel like it's a bit too much eg he was talking about how lawyers were impressed with his calm demeanor and never seen someone that calm before and many other comments as such.

Another we were also expecting more on the AI part or as claimed, on understanding China and US, but there was not much. The book literally stopped before he even started his current role which I believe most would be more interested in and his view on AI and it's direction but none.

But anyhow at least I could learn how and what kind of background would it take to lead an AI revolution in China.
Read more
One person found this helpful
Helpful
Comment Report abuse

Alfred
5.0 out of 5 stars Gooof read
Reviewed in the United States on February 7, 2019
Verified Purchase
This is a English translation of his previous Chinese book. I hv read rhe zchunese version. But i still find it uselul to tead the English version
Read more
2 people found this helpful
Helpful
Comment Report abuse

Frank Palacio
5.0 out of 5 stars A Great Read!
Reviewed in the United States on January 22, 2019
Verified Purchase
This book is extremely enjoyable as well as informative! Congrats to Dr. Lee!
Read more

Teri
5.0 out of 5 stars Good book
Reviewed in the United States on February 13, 2020
Verified Purchase
Didn't know anything when picking up this book, on a recommendation. I wanted to learn. Feel I did and enjoyed reading it. Would also recommend it to someone who is interested in the progression of AI, where it's been and where it's going.
Read more
Helpful
Comment Report abuse

J in New York
4.0 out of 5 stars Taiwanese-American Horatio Alger story
Reviewed in the United States on February 4, 2020
Verified Purchase
As a fan of biographies of successful people, it is fascinating to learn about the formative experiences of someone like Kai-Fu Lee. The writing isn't going to win any awards but the content kept me very interested.
Read more
Helpful
Comment Report abuse

Wayne Thomas
4.0 out of 5 stars Good biography
Reviewed in the United States on July 21, 2020
Verified Purchase
Why we must be careful with educating foreign nationals, if we want to maintain our technological advantage.
Read more
Helpful
Comment Report abuse

owen
4.0 out of 5 stars Not the best writing
Reviewed in the United States on June 24, 2019
Verified Purchase
Important lessons however can be derived. The end become rather monotonous. The first half is good if you are in your 20s and curious about computer science.
Read more
Helpful
Comment Report abuse

CalifPhoto
3.0 out of 5 stars Excellent Information but he goes off track
Reviewed in the United States on March 27, 2019
Verified Purchase
Excellent info about AI in China (liked), wandered on and on about non-relevant experiences
Read more
Helpful
Comment Report abuse
See all reviews from the United States

Fahad Shaikh
5.0 out of 5 stars An inspiring book
Reviewed in Canada on January 22, 2020
Verified Purchase
Loved the book. Great inspiration and good insights on the corporate giants like Microsoft & Google.
Read more
Helpful
Sending feedback...
Thank you for your feedback.
Sorry, we failed to record your vote. Please try again
Report abuse