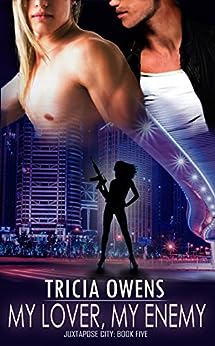 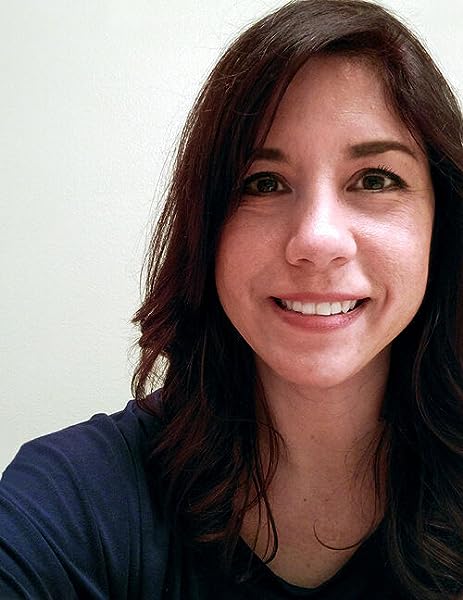 by Tricia Owens (Author) Format: Kindle Edition
Book 5 of 11: Juxtapose City
See all formats and editions
Sorry, there was a problem loading this page. Try again.
A cop on the run from his past tries to find love with a sexy, street-wise empath against the backdrop of an impending psychic war...
Black might be a lieutenant and the leader of a Special Forces police team, but long ago he was something else, something worse. And now his past lovers have risen up to oppose him, becoming enemies where he thought he had allies.

Calyx Starr's empathy is a curse rather than a gift, as he and Black struggle to survive conspiracies and obsession. The two men are chased relentlessly by the mad telepath Genesis, who also has a connection to the lovers Black can't put behind him.

Black and Calyx try to grow closer to each other, but in Juxtapose City love is hard to come by. With a war between normals and psypaths looming on the horizon, the two men fight a fate that promises heartache, suffering and betrayal.

Don't miss any of the Juxtapose City series books:
1: Fearless Leader -- FREE!
2: In the Blink of an Eye
3: The Battle for Black
4: The Ultimate Team
5: My Lover, My Enemy
6: The Sound of Truth

Tricia has been writing and publishing since 2002. She publishes her books to Amazon regularly. An avid traveler, she has visited over 80 countries and been struck by food poisoning only twice. She has been a casino table games dealer in Las Vegas and the onboard editor of a cruise ship. Visit her website at http://www.triciaowensbooks.com and join her newsletter to be updated on her latest releases, contests and promotions.

Ginny R.
5.0 out of 5 stars In love with this series!
Reviewed in the United States 🇺🇸 on January 11, 2018
Verified Purchase
I've been a big fan of Tricia Owens since her Juxtapose Fantasy site and I'm so glad she's published my favorite of her series.
It's hard to write a review for each book; these are not standalone novels and I definitely recommend reading every single one.
This series is half deliciously kinky porn and half unexpectedly great plot. Set in the futuristic Juxtapose City, the story follows a group of characters trying to prevent a war between psypaths (an emerging class of humans with varied mental powers) and regular humans. Don't expect epic world spanning sci-fi literature, but do expect a well thought out microcosm on how humans of different backgrounds plan and react while on the brink of war. And also how humans, individually or as a group, can and will subjugate each other through the use of drugs, fear, violence, poverty, police brutality etc. It's all fiction but sadly not really.
Despite that I can't wait to see where the story goes, with hope that our heroes will prevail.
Read more
Helpful
Report abuse

Roger Grossklaus
4.0 out of 5 stars No revelations yet
Reviewed in the United States 🇺🇸 on November 25, 2015
Verified Purchase
History unveiled doesn't reveal enough to complete the story or even provide any real clues. As a result, five books in and I'm still confounded. Hope resolution is somewhere near.
Read more
Helpful
Report abuse

Kindle Customer
5.0 out of 5 stars Dreams and Thoughts
Reviewed in the United States 🇺🇸 on February 26, 2017
Verified Purchase
Your dreams can be turned against you without realizing it. Especially when someone else is in your head. If you can trust your partner it will work out if you share everything and no secrets.
Read more
Helpful
Report abuse

Adrian Morelande
5.0 out of 5 stars Clayx Starr, be my lover
Reviewed in the United States 🇺🇸 on February 3, 2016
Verified Purchase
This one was fun simply for the fact Calyx took center stage and I absolutely adore the rakish empath :) Almost missed doing a review because I read straight into the next book, but as usual it was riveting and the sexual angst was delicious.
Read more
One person found this helpful
Helpful
Report abuse

ofwaterfall
4.0 out of 5 stars Lovers to enemies--alliances shift
Reviewed in the United States 🇺🇸 on May 2, 2016
I read this book so quickly, I couldn't remember at first what had happened. It continues the action from the fourth book, The Ultimate Team, and sets new goals for following books.

Black's team is still looking for him. It's a given that someone finds him.

Meanwhile, we learn more about lies that were spoken in the previous book, and some promises are fulfilled. Remember Black saying he would introduce Calyx to his mother? Or way back in the first book when Calyx suggested that he and Black would dance in a club together? Neither happened as I had expected, and I love that I'm often surprised by the characters' actions. When we're told their motivations, they make sense, but the characters are as unpredictable as real people when we aren't in their heads.

Knowing that the series continues for several more books, I was satisfied with the book's ending. It looks as if we will soon learn Genesis' real identity and what's behind Captain Dick's decisions. I have my guesses, but who knows at this point what's really going on?

My biggest complaint: Why doesn't anyone consider what Black and Calyx have already done as sex? That threw me out of the story every time it came up. Too weird.
Read more
Helpful
Report abuse

Amazon Customer
5.0 out of 5 stars Love this series
Reviewed in the United States 🇺🇸 on January 11, 2021
Book five and it’s still a great series. This installment was fast paced and entertaining. Honestly, at this point with what we know, I think Genesis isn’t as evil as Dickerson. I wish Black had accepted his offer. Side note: what about the 11 guys that were chained up? If they left them there, they’ll starve to death.
Read more
Helpful
Report abuse

Guy Venturi
4.0 out of 5 stars Twisted plots and obscured motives....
Reviewed in the United States 🇺🇸 on January 25, 2016
Every affaire has unexpected consequences and maybe some hope of fulfilled expectations, even when the plot twists seem to make love an impossibility. Positive thinking about love and life can sometimes overcome life's problems, but more often negative results and misunderstandings empty the hope right out of the heart into a battlefield where everything gets twisted and distorted. Even love finds it difficult to exist without hurt and hate.
Read more
Helpful
Report abuse

Kindle Customer
2.0 out of 5 stars Disappointing ending
Reviewed in the United States 🇺🇸 on November 16, 2015
Very disappointing fifth book in this series.

While I am disappointed that the book (which appears to be the final book in the series based on current information here) leaves an endless tangle of loose ends and incomplete storylines, I am most disappointed in the continual sadistic torture of the main character.

Poor Black. Or that is how he started out in my eyes. Poor Black. His tortures never end. He is always, always, the victim of physical, mental and emotional at the hands of those who were/are the nearest and dearest to him. After five books of it, I am weary of waiting for the next horrible scene to be visited upon him -- often, sadly, due to his own complicity. Or perhaps, stupidity. The man cannot figure out who to trust and when in doubt, makes the worst possible decisions. Worst of all, perhaps, is his stubbornly blind insistence on allegiance to his foster father, based on his feelings of worthlessness and gratitude makes him appear not sympathetic, but pathetic in my eyes. At this point, he has become Pitiful Black.

I am also weary of waiting for a truly great sex scene between Black and Calyx. It took long enough for them to have any sex and even then, it was not the sex Black really wanted. I was waiting patiently for that scene to occur and yet in five books, it did not. Talk about all foreplay and no follow through.

The series had so much promise -- intriguing characters, great writing, complex plot, evil villains to vanquish, complex anti-heroes who need to heal themselves and find love. So much promise. I was hoping that the main couple would have some sort of happy ending or at least some really amazing sex. I was hoping that Black would truly take control of his own life, see people for who they truly are. While he did make some inroads in that area near the end, I think it was too late for me because I was just tired of him being tortured.

I was hoping the story would be tied up in this fifth and apparently last installment. Instead all I got was a twisted skein of a dark yarn whose ends are flying in the breeze with nothing knitting them together except my annoyance.

At this point, I am unsure if I would read another book in this series because my frustration level is too high.
Read more
5 people found this helpful
Helpful
Report abuse
See all reviews

Baiba
5.0 out of 5 stars Great series
Reviewed in the United Kingdom 🇬🇧 on June 16, 2016
Verified Purchase
This is an awesome series. I highly recommend it. You just need to keep reading because it h
Just keeps getting better
Read more
Report abuse
See all reviews
Report an issue
Does this item contain inappropriate content?
Report
Do you believe that this item violates a copyright?
Report
Does this item contain quality or formatting issues?
Report