My One Desire and millions of other books are available for Amazon Kindle. Learn more
Share <Embed>
Have one to sell?
Sell on Amazon 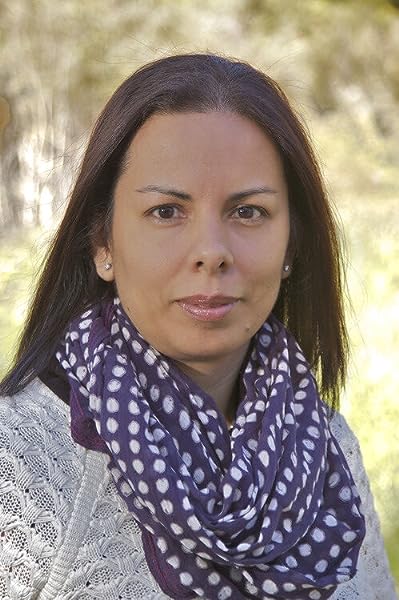 "West with Giraffes: A Novel" by Lynda Rutledge
An emotional, rousing novel inspired by the incredible true story of two giraffes who made headlines and won the hearts of Depression-era America. | Learn more

Start reading My One Desire on your Kindle in under a minute.

4.5 out of 5 stars
4.5 out of 5
125 global ratings
How are ratings calculated?
To calculate the overall star rating and percentage breakdown by star, we don’t use a simple average. Instead, our system considers things like how recent a review is and if the reviewer bought the item on Amazon. It also analyzes reviews to verify trustworthiness.

Yolanda McGee
5.0 out of 5 stars Beautiful and Amazing!!!
Reviewed in the United States on November 1, 2018
Verified Purchase
My One Despair is absolutely everything and touched me deep down to my soul. I fell hard for Gage Rodin and Tessa Hades as their story is exceptional, addictive and very emotional.

Tessa is the daughter of Kaden Hades from My One Regret (amazing book) and My One Despair can definitely be read as a standalone. She's had a very difficult and traumatic past as her mother was terribly abusive in so many ways. Tessa was beautifully broken however, she was an admirable and resilient young woman who possessed incredible strength. Ms. Burgoa did an amazing job with redeeming her since she was not the best person in My One Regret. Gage was a talented musician and a truly kind, loving and wonderful man. He was the perfect man to bring out the best in Tessa. I was instantly infatuated with him as he stole my heart and he was everything a woman could ever want in a man. He never gave up on Tessa and loved her from the moment he met her. His devotion and selflessness to her and his family made me love him even more. I cannot express enough how phenomenal their story was as the storyline was unique, intense and filled with oh my god on the edge of your seat angst!!

The BEST part about of this book was the unexpected plot twist which absolutely floored me!! My One Despair fulfilled me in so many ways and even though it's going to wreck you, I promise Ms. Burgoa does a fantastic job of giving Gage and Tessa the HEA they most definitely deserve. This is one of the best books I've read this year and an absolute MUST read!!
Read more
65 people found this helpful
Helpful
Report abuse

Gloria Herrera for As You Wish Reviews
5.0 out of 5 stars Poignant and emotional masterpiece!
Reviewed in the United States on October 31, 2018
This is the poignant and beautiful love story of two lovers whose dreams and life were forcing them to separate, and so they did. Gage was much older than Tess. She had a life to look forward to, he had already lived part of his and knew it was time to settle down.

Really loved this epic saga of two people who loved each other for life but had not found a way to merge their dreams to make living together possible. If you are looking for a hot and heart-wracking love story look no further. You will not be able to put this book down.

I am voluntarily reviewing this book. Thanks to the author for sharing a copy with me.
Read more
62 people found this helpful
Helpful
Report abuse

Phuong Richardson
5.0 out of 5 stars Tess and Gage....what a romance
Reviewed in the United States on November 8, 2018
Verified Purchase
We first met Tess Hades in My One Regret so you know what her childhood was like with a "crazy" mother who manipulated her and her younger sister to try and hurt her father.

In My One Despair, it's twelve or thirteen years later from the end of My One Regret and Tess is a successful business woman who runs her own conservatory to save animals. Her heart was broken by Gage Rodin six years ago but she still can't seem to move on with her personal life. Gage has been going through his own personal battles since he had to break Tess' heart 6 years ago but now things are changing fast and he hopes that he can get Tess back.

This story is about how Tess and Gage met 8-9 years ago and the life that they had together and their future plans as a couple. Tess is still caring around the trauma and guilt of how her mother used her and manipulated her to hurt her father. Even though she has worked on herself and her father has helped her get through everything she is very guarded with her heart. She feels that if she doesn't let herself get involved, then she wouldn't be hurt. When Tess meets Gage Rodin at a bar, there were some sparks there but Tess wasn't going to give in to it. Circumstances continue to bring Tess and Gage together though and Gage is hard to resist.

Tess and her dad, Kaden Hades, after hearing Gage play and sing, decides to help Gage make his music career come true. This brings Tess and Gage into close quarters with each other and Gage was finally able to wear Tess down and make her realize that she does have feelings for him and should try to pursue a relationship. Even though their relationship is going well, Tess seems to hold a part of herself back and has doubts that it will be forever even though Gage is heading in that direction. Tess eventually lets herself start to think of a future when suddenly Gage disappears and then wouldn't provide any explanation about his actions!

Skip ahead to six years later and Tess is running her own conservation foundation and Gage's music career is still going on strong. However Gage realizes that his life is about to change drastically. When he contacts Tess, he wants to talk but Tess is hesitant since she is still not over what Gage did to her. But with the help of her stepmother Sadie, whom she has developed a great relationship with since she was a teen, Tess realizes that she needs to find out what happened with Gage so she can move forward with her life. The meeting with Gage had quite a lot of twists and in the end Tess realizes what Gage did for his family. The question then is can Tess and Gage get back what they had before or even move forward with each other in this new phases of their lives.

This book is so touching and emotional just like My One Regret. I loved both stories!
Read more
3 people found this helpful
Helpful
Report abuse

denise bailey
5.0 out of 5 stars Perfection!
Reviewed in the United States on November 21, 2018
Verified Purchase
As a sequel the bar is normally set high. With this story I felt I was really going to need to be taken to a very high place. Well, check and check. This book ticked all of the boxes for me. I loved the quirky story with twists and turns I would have never imagined. I now was the story of our other daughter. I want to have the story to include all of the wonderful characters we have come to love. More please! Thank you for making this book available as a paperback Claudia! denise bailey
Read more
3 people found this helpful
Helpful
Report abuse

Linda Fausnet
5.0 out of 5 stars Romantic, Heartfelt Drama
Reviewed in the United States on December 6, 2018
Verified Purchase
Heartwarming romance filled with love, family, rock music, and a happily ever after.
Read more
One person found this helpful
Helpful
Report abuse
See all reviews

Sue Milne
4.0 out of 5 stars Emotional Read!
Reviewed in the United Kingdom on March 5, 2021
Verified Purchase
Gage and Tess’s story was for me very emotional and I needed the tissues to hand. From the very beginning there was sadness, hurt, parent issues from both sides and Tess had put up a massive wall. Where Gage was concerned from the minute he met Tess he wore his heart on his sleeve. After breaking down her walls they start to enjoy their relationship. His career as a pop star kicks off, with the help of Jess’s rock star dad and she continues her studies. Everything is perfect until it’s not and without any warning Gage ups and leaves her heartbroken. Why did he leave? Can they move on with their lives or can they eventually get their HEA?
Read more
Report abuse

MJ Symmonds
5.0 out of 5 stars The heart wants what the heart wants
Reviewed in Canada on November 1, 2018
Verified Purchase
"It's as if at that moment we had finally found each other."

Claudia Burgoa is one of those authors that with every book you think there's no way she can top that, or that's my favorite one yet but evey time she blows it completely out of this world and you fall more deeply in love with her writing and the world she just served up to you on a silver platter.

My One Despair was so out of this world that I swear my mouth was just hanging open as I read because the way this story unfolded was exceptional.

Tess and Gage, oh my word these two broke my heart. To feel a love like theirs and have it taken away and for Tess not to know what happened and not have the closure to move on just destroyed me.

"She said I was a dangerous man. And at that moment, when our bodies met, atoms rearranged, and we becamce one, I realized that our love was dangerous."

There were moments I felt like CB was trying to rip my heart out with the emotions that were pouring forth onto the pages. Now there is a huge part that I can't describe or explain because it would ruin it but in my head I was screaming, nuh uh, no way, you cannot do this to me!!!! I swear I wanted to throw my kindle or just stop reading because it was killing me. Then on top of that we get to the why it all happened and wow I did not see any of that coming and that my friend is true talent.

This book deserves all the stars!!! One of my top reads of 2018!!!!!
Read more
Report abuse
See all reviews
Back to top
Get to Know Us
Make Money with Us
Amazon Payment Products
Let Us Help You
EnglishChoose a language for shopping. United StatesChoose a country/region for shopping.
© 1996-2021, Amazon.com, Inc. or its affiliates