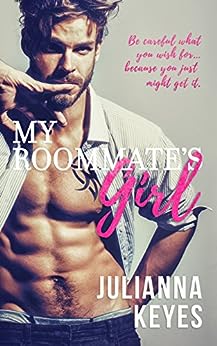 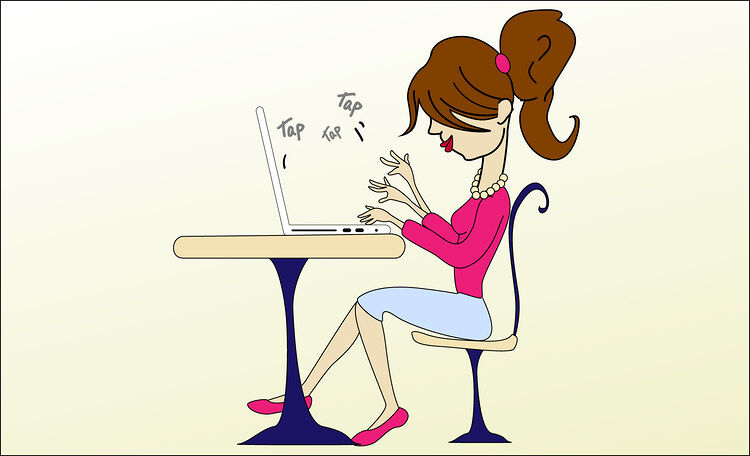 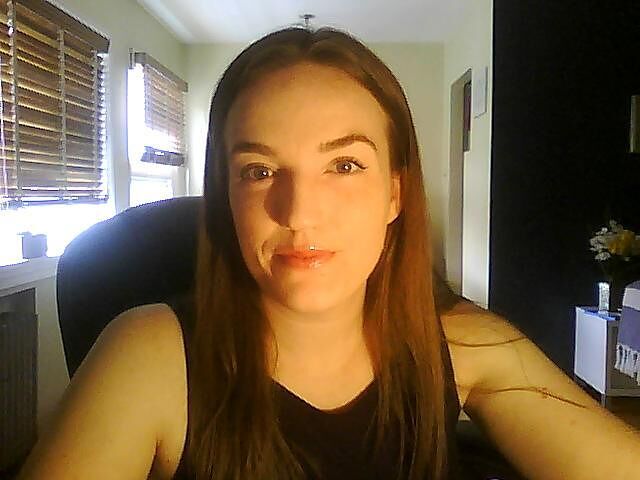 My Roommate's Girl gets the tone, the emotions and the relationships just right. It's sexy, romantic and the plot - though unusual - is entertaining and engrossing. There are twists, funny POVs and bad decisions - but it all works. This is NA at its best. - All About Romance

Redeeming a villain is not easy, but Julianna Keyes does it remarkably well in this angsty story of love and consequences. It's definitely one of my favorite reads of the year. - Straight Shootin' Book Reviews

This was my first time reading one of Julianna's novels and I'm always a little nervous to dedicate time to different author when my TBR is already pretty long. But I'm really glad that I decided to check her out! My Roommate's Girl was such a fun read, has twists I've never seen before in the new adult category, and is really well written! - Hypable.com

I don't want to get too far into the storyline on this one because, honestly, I think it's a book it's just best to experience. What I will say is that it took me by surprise in a lot of ways. Both Aidan and Aster were multi-dimensional and they each had some great development over the course of this book. - KimberlyFaye Reads

Julianna Keyes is a Canadian writer who has lived on both coasts and several places in between. She’s been skydiving, bungee jumping and white water rafting, but nothing thrills—or terrifies—her as much as the blank page. She loves Chinese food, foreign languages, baseball and television, though not necessarily in that order, and writes sizzling stories with strong characters, plenty of conflict, and lots of making up. --This text refers to the paperback edition.

4.2 out of 5 stars
4.2 out of 5
56 global ratings
How are ratings calculated?
To calculate the overall star rating and percentage breakdown by star, we don’t use a simple average. Instead, our system considers things like how recent a review is and if the reviewer bought the item on Amazon. It also analyzes reviews to verify trustworthiness.
Top reviews

Sara @ Forever 17 Books
4.0 out of 5 stars Nothing that I expected, in a good way!
Reviewed in the United States on July 11, 2017
Verified Purchase
Whenever I’m in the mood for a quick read filled with romance, I turn to New Adult. With so many New Adult books out there it can be hard to find ones that stand out so I tend to be a little pickier with what works and doesn’t work for me in this category. Undecided by Julianna Keyes remains to be one of my favorites so of course when a new book from this author appears on the horizon I have to check it out! My Roommate’s Girl instantly drew my attention with the possibility of tropes I tend to gravitate for – the bad boy, angst, and a touch of forbidden romance. What I found was all that and more as the author was able to constantly surprise me around every corner!

Aidan is our former bad boy trying to make a change in his life with the second chance he has been given. Needing a place to live, he moves in with a fellow college student with an empty room to rent… and meets his beautiful girlfriend, Aster. Instantly he is wanting Aster for himself and is concocting a way to make it so.

I can’t deny I was a little worried in the beginning. Usually when this situation comes up you have the cocky character using their charm upon the willing victim to make them fall in love with them, so to speak. This was not the path Aidan took. Instead this is a story about a guy who fell for a girl and did some unsavory things to help along the possibility of something happening between the two of them. I wasn’t sure if he would be the type of character I could root for but, despite his flaws, Aidan really grew on me. I think it was because he wasn’t this cocky jerk but someone a little more humble, who feels remorse and gets embarrassed by his actions. Aster was another surprise to me. Quite a bit of the beginning is told purely from Aidan’s perspective before it starts to flip between the two of them so Aster appears sort of one-dimensional at first. But as he gets to know her so do we and boy did she have a few secrets hidden away! She’s also quite amazing and admirable on so many different levels. Both characters were flawed in the best ways and showed a lot of growth and I loved the progression of their friendship and romance despite how it all started in the first place.

‘When I met Aster, I thought she was the light I’d been waiting for. But I was wrong. She was the spark.’

The best thing about this novel was how it was nothing like I expected! I LOVE when a book completely surprises you and I found myself thinking, ‘Ooooh, okay! Let’s see where this goes and how the author spins it’. The theme about second chances running throughout the story was another great addition. I honestly can’t pinpoint anything specific I didn’t like, but perhaps I wanted just a touch more from the romance. But another great read by this author!

“I guess I’ve learned that having the opportunity to do more with my life isn’t everything. It’s important to have a reason to want to do better. Finding the reason shows you how lucky you are to be here, and you see that the promise and potential isn’t just you, it’s everything around you, if you’re willing to see it. And willing to let it see you.”
Read more
Helpful
Report abuse

R.Roy
4.0 out of 5 stars 4 Fantastic Stars!
Reviewed in the United States on June 12, 2017
Verified Purchase
I have absolutely loved every Julianna Keyes novel as she has an incredible ability to combine humor, heat, and heart in her novels. They are so funny that sometimes I have to catch my breath laughing so hard as her heroes and heroines are so real and honest but sarcastic AF when they need to be. Aidan and Aster were really perfect together. They weren't perfect people but together made each other better. I really loved this book!

At first glance you read the title of this novel and immediately think "Uh oh..pass. I don't do love triangles and/or cheating." But let me SCREAM something: (without giving away spoilers) this story has none of that! NONE! This is probably one of the most unique stories I have ever read. It was funny, smart, sexy as heck and fantastic. At first glance when reformed Bad Boy in progress Aidan Shaw saw Aster Lindsey he wanted her. He knew it was wrong and unthinkable. She was his new roommate's girlfriend. But once he got to know her more and more..it was on. She became his endgame and he needed to figure out how he could win the girl. But what happens when initial perceptions are skewed, things get complicated and lines get blurred? Can Aidan escape his past and the man he was and become the man he was always destined to be?

My Roommate's Girlfriend is a unique and compelling story that grips you from the first page. And I'm warning you now: GET READY for some twists, people. I was FLOORED and I thought I've seen and read everything. Aidan and Aster have crazy chemistry and are perfect complements for each other. All in all, this novel was amazing and I could not get enough. I can't wait for Ms. Keyes next one! Bravo! 4 Stars! ~Ratula
Read more
2 people found this helpful
Helpful
Report abuse

Justirishgirl
4.0 out of 5 stars surprised me
Reviewed in the United States on June 14, 2017
Verified Purchase
This story surprised me, mostly in a good way. I was expecting to read something fluffy with plenty of hot sexy times. Also I was thinking that I might have to endure reading scenes of the hero Aidan having smex with OW while trying to deny his feelings for the heroine Aster as that happens too frequently in romance books. Thankfully that did not happen. Adian was loyal to Aster, even when she was not his. He did not have smex with OW after meeting her. Also the story is not a light read. Rather the story was well written and included serious undertones. Also I felt Aidan and Aster's emotions and sympathized with them. In addition, I enjoyed reading their backstory.

The only part I was disappointed in was the smex scenes. Adian and Aster had good chemistry and he wanted her so much that I expected hotness when they finally got together. However, when they did it wasn't and that was a little bit of a let down for me.

A FEW SPOILERS
I don't blame Aidan for what happened with Jerry. Also I am probably in the minority but I did not like Jerry. He might be a nice guy but he is a weak man and he is not loyal. If Jerry loved Aster he would have resisted nor matter how great the temptation. He knew better, knew what the cost would be but chose to do it anyway. Also Jerry easily recovered, moving on too quickly for someone who is truly in love.
Read more
3 people found this helpful
Helpful
Report abuse
See all reviews

MEJ
5.0 out of 5 stars Loved it
Reviewed in the United Kingdom on June 16, 2017
Verified Purchase
A wonderfully thought provoking romance that is gutsy because it won't follow all the rules of the genre. This author has a knack for characters who are not super cute or super good right from the get-go. They grow on you the more layers are taken off them.
Read more
Report abuse

Bianka
2.0 out of 5 stars I expected more
Reviewed in Canada on June 29, 2017
Verified Purchase
A little disappointing. I expected more. I felt like it was trying too hard too teach me a lesson. And you kind of forget she's his roommate's girl real quick.
Read more
Report abuse
See all reviews