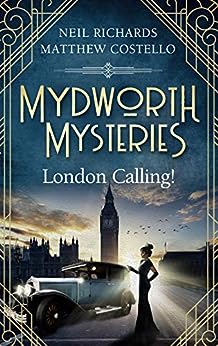 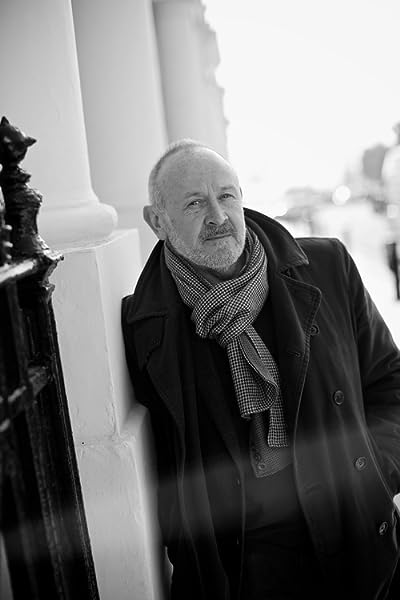 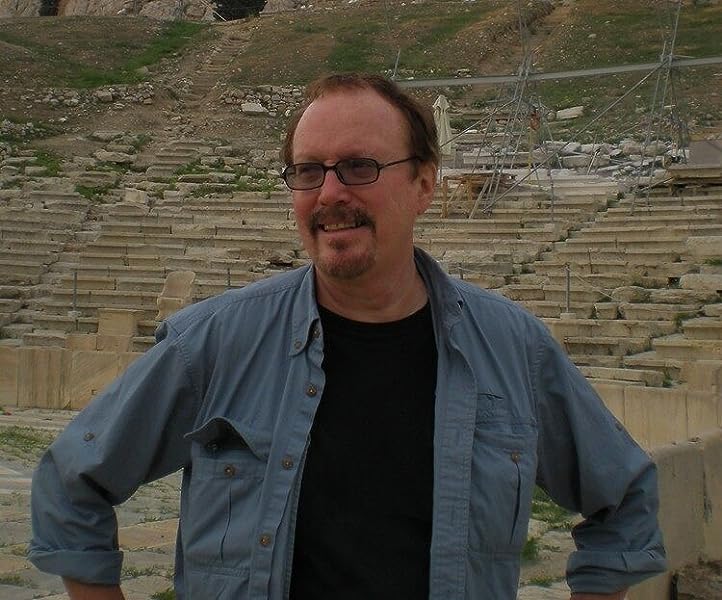 by Matthew Costello (Author), Neil Richards (Author) Format: Kindle Edition
Book 3 of 13: A Cosy Historical Mystery
See all formats and editions
Sorry, there was a problem loading this page. Try again.
From the authors of the best-selling series CHERRINGHAM

When a prominent family's daughter flees sleepy Sussex to seek a career on the stages of a glittering West End, Harry and Kat are asked to check in on the young woman. But the two of them soon discover that there is a much bigger danger to the woman and her family than mere acting dreams being crushed.

Co-authors Neil Richards (based in the UK) and Matthew Costello (based in the US), have been writing together since the mid-90s, creating innovative content and working on major projects for the BBC, Disney Channel, Sony, ABC, Eidos, and Nintendo to name but a few. Their transatlantic collaboration has underpinned scores of TV drama scripts, computer games, radio shows, and the best-selling mystery series Cherringham. Their latest series project is called Mydworth Mysteries.
Read more
Previous page
Next page

nitemage
4.0 out of 5 stars Written in the language after WWl.
Reviewed in the United States 🇺🇸 on October 3, 2022
Verified Purchase
What I meant by that is conversations will include "Old Man, Pip Pip,etc. If you do not mind that these are good books. I did not figure the mystery out until the last chapter and the how is intriguing.
Read more
Helpful
Report abuse

Kindle Customer
5.0 out of 5 stars Another hit
Reviewed in the United States 🇺🇸 on October 4, 2022
Verified Purchase
Straightforward tale told well. The heroine holds her own as does the hero, but neither are unbelievable. One might question how fast a woman could change from urchin to evening gown, but it's not too impossible.
Read more
Helpful
Report abuse

CubanCachita
4.0 out of 5 stars Good read
Reviewed in the United States 🇺🇸 on September 25, 2022
Verified Purchase
I like the way they are developing the characters of Kat and Harry. The Red Rabbit Club description was very clever.
Believable story line. Will continue to read the series.
Read more
Helpful
Report abuse

S C B
5.0 out of 5 stars Very good!
Reviewed in the United States 🇺🇸 on August 29, 2022
Verified Purchase
I ♥️ these books! It's nice to read clean stories. These are very interesting. I ♥️ a good mystery story.
Read more
Helpful
Report abuse

B. RogersTop Contributor: Historical Fiction Books
VINE VOICE
4.0 out of 5 stars Lovely Mystery - delightful characters
Reviewed in the United States 🇺🇸 on December 5, 2019
Verified Purchase
Another interesting mystery has now become a part of the Mydworth Mysteries series. This time, our intrepid investigators Kat Reilly and Sir Harry Mortimer are looking for a runaway girl – well, since she’s twenty-one, I guess she’s a runaway woman.

Lizzie Spence has been taking dancing lessons for years and years – and there is a talent agent who keeps telling her how good she is – he tells her she is a natural. The agent tells her that he can get her auditions and will set everything up for her – all she has to do it get to London for the auditions. Since Lizzie knows her parents would never approve, she decides to sneak off to London and leave her parents a note explaining.

"I’m running away from home, she thought. Me! Timid little Lizzie. Lizzie in the
corner, Lizzie head down, Lizzie never say “boo” to a goose? Nobody will believe
it!"

When they haven’t heard from Lizzie in several weeks, Glenys Spence, Lizzie’s mother, approached Nicola Green of the WVS (Women’s Voluntary Service) to ask for assistance in assuring that her daughter was safe. She’s not asking them to bring her home, just to assure that she is safe. Nicola, of course, asks Kat and Sir Harry to investigate.

Their investigation naturally begins in Mydworth at the dance class and rapidly shifts to London where they enlist the help of several friends – particularly Alfie who was Harry’s batman during the war. Alfie has many contacts – including many among the less than law-abiding citizens of London. Kat and Harry query their upper-crust friends while Alfie works his underworld contacts and it isn’t long before they realize what a mess Lizzy has gotten herself into.

It will take all of their wiles and a lot of skill and luck to rescue Lizzie. Can they do it? You’ll just have to read this fun tale for yourself to find out.

The book is filled with banter (like Nick and Nora Charles), quick wit, cunning and, of course, the romance between Sir Harry and Kat. I definitely recommend this book and this series.
Read more
2 people found this helpful
Helpful
Report abuse

Kindle Customer
5.0 out of 5 stars Sir Harry and Lady Mortimer save the day!
Reviewed in the United States 🇺🇸 on July 14, 2022
Verified Purchase
A wonderful introduction to London for Kat and a thrilling missing person suspense for our perfect detective couple. So much fun and a satisfying ending to boot!
Read more
Helpful
Report abuse

Piper
4.0 out of 5 stars Quick easy read
Reviewed in the United States 🇺🇸 on March 3, 2020
Verified Purchase
This is the second in this series. What I like is the chemistry between the two main characters and the Historical setting. It is a quick and easy read which is good and bad. It is a short novella verses a full length novel. I tend to prefer a longer. however, it is nice to be able to pick it up and put it down when needed. The story is a bit predictable. But the female lead is strong and there is a equal partnership between husband and wife. There is just enough romance to make it interesting and things that should be left to the imagination are. I am already reading the next in the series and will probably read them all.
Read more
3 people found this helpful
Helpful
Report abuse

carrie k
5.0 out of 5 stars Love this series and the Cherringham series too by these authors
Reviewed in the United States 🇺🇸 on December 14, 2021
Verified Purchase
This is a fun light hearted mystery with a bit of espionage and romance. The characters a well planned out, smart and fun. These books are a joy to read.
Read more
Helpful
Report abuse
See all reviews

Mystery Buff
5.0 out of 5 stars Another magical Mydworth
Reviewed in the United Kingdom 🇬🇧 on November 29, 2019
Verified Purchase
Yet another magical story by Neil Richards and Mathew Costello. Kat and Harry both on top form It is Kats first visit to London and she makes th most of it. Between the both of them and a few extras they stop a really nasty adversary trafficking girls.Great fun as usual. Read in one go .
I can read them faster than you can write much to my dismay . Looking forward to te next one.
Read more
2 people found this helpful
Report abuse

IBart
5.0 out of 5 stars Dark side of the city.
Reviewed in the United Kingdom 🇬🇧 on April 5, 2020
Verified Purchase
Thoroughly enjoyed this cosy mystery. Set in London of old - swirling fog and gas lights one can almost smell the city! Love the characters especially Lady Mortimer! Great ending - did not see that one coming! Well done!!
Read more
One person found this helpful
Report abuse

K J Price
5.0 out of 5 stars Another easy to read but good mystery book.
Reviewed in the United Kingdom 🇬🇧 on December 5, 2019
Verified Purchase
I enjoyed this easy to read book on a long train journey to visit my husband in hospital. Had to hang around for quite a while so read whilst waiting. Made the time go faster. Almost finished it by the time I got back home and enjoyed the end of it curled up in bed unable to sleep. Good read.
Read more
Report abuse

Linda Cook
5.0 out of 5 stars A
Reviewed in the United Kingdom 🇬🇧 on June 5, 2020
Verified Purchase
I have bought and pre-ordered all the books in this series and have enjoyed all the ones that have been downloaded. I will continue to buy them. They are a very pleasant read and I like the main characters.
Read more
Report abuse

manley
4.0 out of 5 stars A jolly jolly romp.
Reviewed in the United Kingdom 🇬🇧 on December 16, 2019
Verified Purchase
Our enterprising duo work out the situation and then an for the downfall of the baddies. London is described accurately for the time in which it is written. The crime happens today too. Maybe it is a mite over the top! ?
Read more
Report abuse
See all reviews
Report an issue
Does this item contain inappropriate content?
Report
Do you believe that this item violates a copyright?
Report
Does this item contain quality or formatting issues?
Report