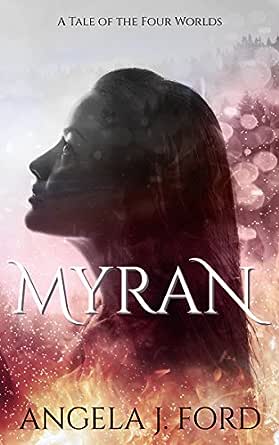 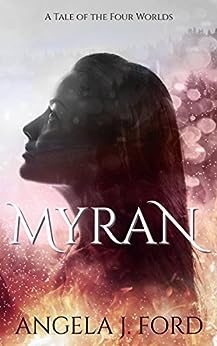 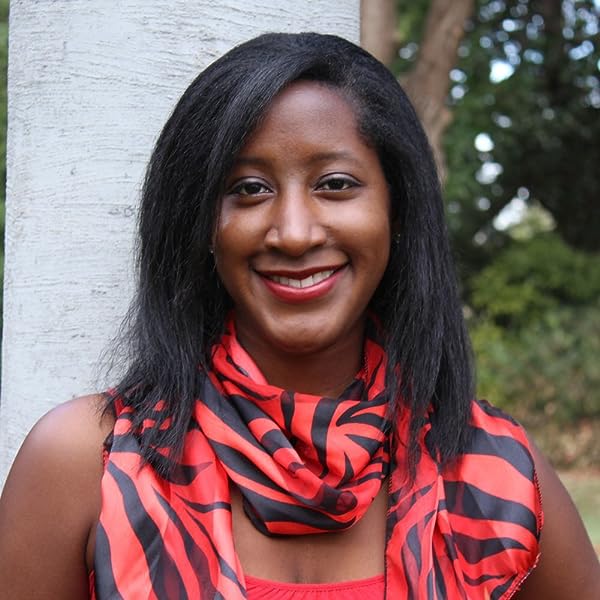 Myran (A Stand-Alone Tale of the Four Worlds) Kindle Edition

Tex
5.0 out of 5 stars The Light of the Flame
Reviewed in the United States on October 14, 2017
Verified Purchase
Myran was hauntingly beautiful and surreal to read. The poetic prose wraps around the reader like a warm blanket which whispers read, read more. As I read there was always this feeling of familiarity, as if I read this passage, walked this path, or experienced this same experience. I at times became baffled and wondered why I am reading this book if it was read before. However, I was captured, mesmerized by the characters and their repose, so I once again read the words that I thought I have read before without any hesitation. When I arrived at the end of the book all unfurled as to tell who Myran is, the light of the flame. “The One”, who will walk the same paths and have similar experiences as I have read. Myran is the key. She is the mother of “The One” and it is her journey told through poetic, song-like prose that I experienced. The author’s writing is outstanding and hooked me instantly. It always felt like the sun was shining on your face while you read – Brilliant! I HIGHLY Recommend Reading “Myran”. –Tex.  Myran: A Tale of the Four Worlds
Read more
Helpful
Comment Report abuse

Stephanie BwaBwa
5.0 out of 5 stars The most emotional read of 2017 for me.
Reviewed in the United States on October 9, 2017
Verified Purchase
Myran was a very emotional read. The beauty throughout this novella is seeing how even through the depths of utter loss and destruction, hope is always worth fighting for. Myran is resilient, powerful, and brave. Her tale answers many questions from The Four Worlds and explains much that occurs through the first 3 tales. This novella is an enthralling read, and quite emotional. I absolutely loved it and cannot wait for the end of the saga: Eliesmore and the Jeweled Sword.
Read more
Helpful
Comment Report abuse

Vickie H
5.0 out of 5 stars The Four Worlds
Reviewed in the United States on July 25, 2018
Verified Purchase
This is my favorite book in the Four Worlds series. Sometimes those who hide from the cruelty of the world have the most to offer, but they can only give what they have with great anguish and sacrifice. And even the smallest ray of hope is enough.
Read more
Helpful
Comment Report abuse

lana turner
5.0 out of 5 stars Hope in the face of all adversity!
Reviewed in the United States on October 8, 2017
Thank you Angela Ford for giving us this book which fills us in so nicely about Myran and why she acted the way she did with Eleismore, over protective at times but now we now her past we realise why she was so! She is a great character whose past was so full of tragedy but also of love, love from her guardians who were of the green people and love by her Tider husband and father of Eleismore. She was the flame and her son the fire, the person 'song' had foretold, the conqueror and the finder of the jeweled sword and the one who would melt the green stone and save the white steeds. Angela Ford's poetic eloquence and highly descriptive narrative have really honoured Marillier's style of writing. This book is such a magical read and yes i did find that wild thing called hope. I really think that Angela keeps improving with every book she writes, she is an amazingly beautiful author! keep the books coming please!
Read more
Helpful
Comment Report abuse

Kindle Customer
5.0 out of 5 stars Full Circle
Reviewed in the United States on February 23, 2019
I enjoyed every character, nuance, and captivating tale this book has to offer. The way the characters' stories intertwine throughout The Four Worlds with subtle detail and mesmerizing suspense seem to be summed up and brought full circle in this well written tale about Myran the cron. This story covers all bases on the emotional spectrum and you will find yourself moved and inspired by the end of the book. Five star review for this book and The Four Worlds series. I will read these again indefinitely.
Read more
Helpful
Comment Report abuse

Carole S.
5.0 out of 5 stars Beautiful beginning!
Reviewed in the United States on April 4, 2019
So happy to have found Myran and know her story. How Ellismore came to be and of her true love Hal. Also enjoyed knowing he travels with the offspring of people that Myran loved so much. Thanks for this wonderful addition to Four Worlds!
Read more
Helpful
Comment Report abuse

Steve
5.0 out of 5 stars A very compelling read.
Reviewed in the United States on October 14, 2017
This is about the life of a young girl, who grew up not knowing how important her contribution was going to be. Albeit not the sort of book I would normally read, I found myself drawn in and engrossed in the story. If you have read any of the Four Worlds books then this is the book for you. Highly recommended.
Read more
Helpful
Comment Report abuse

JMN4555
5.0 out of 5 stars Great story
Reviewed in the United States on June 13, 2018
I‘m just starting this author’s series of books. It’s extremely hard to find such an interesting and exciting author who not only writes intelligently but also provides top rated plots, characters and excitement in the stories.
Read more
Helpful
Comment Report abuse
See all reviews