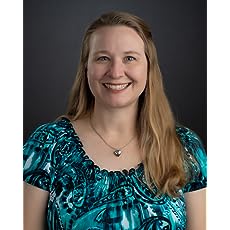 N. M. Cedeño was born in Houston, grew up in the Dallas Metroplex, once lived in Amarillo, and currently lives near Austin, Texas. She writes mystery short stories and novels that are typically set in Texas. Her mysteries vary from traditional, to romantic suspense, to science fiction.
Read more 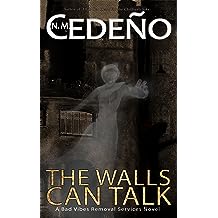 The Walls Can Talk: A Bad Vibes Removal Services Novel Oct 5, 2017
by N. M. Cedeno
( 6 )
$3.99
The Walls Can Talk is a suspenseful paranormal mystery that will keep readers captivated until the criminals are caught and the last ghost is laid to rest.

The Hanovers inherited an ancient Irish castle. . . that’s been moved to central Texas. But once they move in, they find not all is well in a home that seems straight out of a fairy tale. When things are moved in the middle of the night, is the explanation treasure-hunting teenagers or someone more malicious?

With a terrifying ghostly presence haunting their days and break-ins threatening their nights, the Hanovers reach out to a private detective, the famed Montgomery of Montgomery Investigations, and his employees at Bad Vibes Removal Services to resolve matters using the equipment he invented that detects and deciphers emotional residue and sound patterns long embedded in walls.

The Bad Vibes crew — Lea, Kamika, and Montgomery — are used to solving cases involving death. But usually Lea is the only one who sees the spirits. Not this time! This ancient Irish ghost seems bent on breaking all the rules, forcing the team to find new ways for removing old souls. Now the team finds themselves dragged into a convoluted drama of betrayal, murder, and hidden treasure. With their clients’ lives on the line, Lea, Kamika, and Montgomery work to identify the criminal behind the break-ins and free the castle from its haunted past. 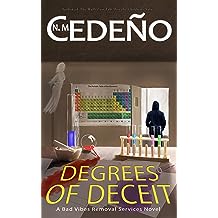 A college prankster is making life hellish for the freshmen residents of Dellonmarsh Dorm on a University of Texas campus. The sleep-deprived students are spooked by the time Montgomery Investigations arrives on the scene to track down the prank-playing vandal who comes and goes like a ghost. Rumors say a benevolent ghost haunts the residence hall, but these treacherous tricks are anything but benevolent. As the pranks escalate from obnoxious noises in the night to poisons and more dangerous threats, investigators Lea, Kamika, and their boss, Montgomery, work to identify a perpetrator who lurks in the shadows.

Meanwhile, as Lea approaches the end of her master’s degree program, she struggles with the fallout from accusing her thesis advisor, the well-liked Dr. Mortimer Richardson, of stealing her work and publishing it as his own. His supporters claim she’s lying and don’t mind doing whatever it takes to make Lea's life miserable.

With Kamika (maybe) starting a business and Lea (hopefully) finishing her master’s degree, will this be the end of their partnership at Bad Vibes Removal Services? Could the investigation in the dorm be their last case together? And can they catch the culprit before disaster strikes? 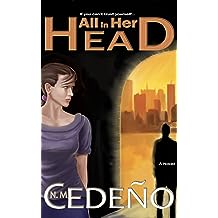 All in Her Head Jun 17, 2014
by N. M. Cedeno
( 10 )
$3.99
Shy, socially awkward, and new in town, Martha Rowan is still adjusting to her new life in Dallas, Texas, when she stumbles into an attempted car-jacking. Now she’s unwittingly become the target of a killer intent on eliminating witnesses. Eager to discover the fate of the car-jacking victim, Curt Holliczek, Martha seeks out his family for answers. In her desire to make friends, she is drawn into the lives and activities of the seemingly friendly Holliczeks … especially Curt’s handsome brother, Daniel.

When the police determine that the car-jacking was a planned attack, not simply a random event, Martha must race to identify the mastermind behind the car-jacking and a series of increasingly violent attacks, before she herself ends up dead. Is the mastermind a drug lord in Peru with ties to Curt Holliczek’s lovely Peruvian wife, Alegria? Or could the villain be Martha’s new friend, the mysterious Daniel, a moody veteran with secrets of his own?

Plagued by the nightmares, insomnia, flashbacks, and anxiety of post-traumatic stress disorder, Martha’s own mental health is unstable. Now she’s forced to decide whom she can trust, where the truth lies, and whether she should listen to the strange voices in her head before someone else is killed.

N.M. Cedeño’s debut novel is a compelling mystery romance that will grab you by the throat right from the first page, and will keep you guessing until the very end. 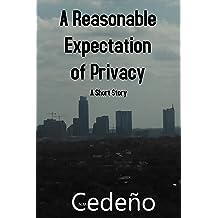 A Reasonable Expectation of Privacy Jun 3, 2014
by N. M. Cedeno
$0.99
Pete Lincoln, a private detective out of place and time because of a fifteen-year coma, is struggling to stay solvent. When Mara Kalleigh walks through his door, he doubts she really needs his services. However, his low account balance and her determination convince him to take her case. Pete has barely begun to investigate whether Ms. Kalleigh is being followed or if she is merely paranoid, when she is violently murdered. With his client dead and his services paid for in advance, Pete jumps into solving her murder and stumbles into the newest kind of prejudice. In a world where even the most intimate acts are visible to everyone and where everyone knows everyone else’s business, who could have killed Mara Kalleigh and walked away unseen?

Originally published in the June 2012 issue of Analog Science Fiction and Fact and edited by Stanley Schmidt, this sociological science fiction murder mystery is set in a future where privacy no longer exists. Nominated for best short story of 2013 in the Analog Readers Poll, tied for third place. 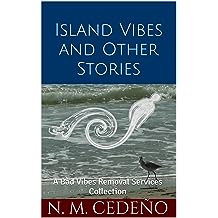 In "Repetitive Vibes," Mrs. Hunter, the elderly owner of a stately home overlooking the Colorado River, has a dangerous case that brings surprises for Lea, near death experiences for Kamika, and a big headache for their boss, Montgomery. A teenager's inability to ask for help is a family character flaw that might cost the Hunter family their lives.

In "Therapeutic Vibes," a cryotherapy and massage clinic has a room with too much atmosphere thanks to the presence of a deceased client seeking her former therapist. Lea, Kamika, and Montgomery have to help the unfortunate ghost and identify a murderer who may have committed the perfect crime.

While visiting Galveston Island in "Island Vibes," Lea and Kamika must help Patrick solve an old murder that is hanging over a couple's quiet island retirement and threatening the life of their dog. A malevolent ghost and the island's history of deadly hurricanes complicate the investigation.

This trio of short stories is perfect for readers looking for quick, enjoyable mysteries with a paranormal twist.
Read more 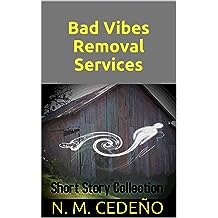 Montgomery invented sound and emotional residue scanning machines to read the patterns created by sound waves and extremes of emotion in the walls of crime scenes. He wanted law enforcement agencies to adopt the new technology. But first, he had to prove his inventions’ validity. So Montgomery Investigations was born, where private clients could request readings to find out what was said in rooms in their absence.

When Montgomery realized his system could also obliterate the deposits of sound and emotion --- that he could erase the emotional history of a room--- he opened Bad Vibes Removal Services. Everyone from home-buyers to medical center managers requested atmosphere resets to make creepy houses livable and improve survival and recovery rates in medical establishments.

Montgomery anticipated solving crimes and improving lives. He didn’t anticipate that one of his employees was more than merely sensitive to emotional atmosphere. He didn’t know that Lea could feel the emotions left behind, and, in cases of murder, speak to lingering spirits. When Montgomery calls Lea and her colleague Kamika from their regular job resetting atmospheres to help him analyze the scene of a quadruple homicide, he knows his new technology can help solve the murders. He doesn’t realize that Lea can provide the victim’s point of view. 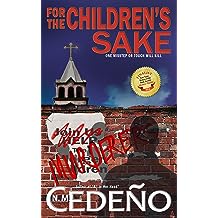 For the Children's Sake Jul 15, 2015
by N. M. Cedeno
( 4 )
$3.99
The children are quarantined. Their touch is deadly. Their advocate is dead, and they want out . . .
Father Ingall Bryan is already dead, murdered outside his home, when his brother Nate finds his body. The priest had been the single-minded champion of the voiceless Allergen Children, whose inexplicable genetic mutation causes their touch to be deadly. Now that Father Ingall has been murdered, who will speak up for them?
The priest’s enemies were too numerous to count—from the families of those accidentally harmed by the children, to those fearful that the children may wipe out humanity at will. Are they ruthless killing machines, or innocent victims?
It soon becomes clear that Nate will have to find his brother’s killer on his own. Nate’s investigation raises questions that somebody doesn’t want answered. Traps lie around every corner as the killer tries to stop him and any research that could help the Allergen Children.
As the body count increases and the attacks on the researchers escalate, the situation for the quarantined children becomes explosive. Can Nate solve his brother’s murder in time to save the researchers’ lives, defuse a political time bomb, and prevent further injustice? He must, for his brother, and for the children’s sake.

In 2016, For the Children's Sake was named a Finalist in the East Texas Writer's Guild Book Awards in the Mystery/Thriller category for published books.
Read more
Other Formats: Paperback 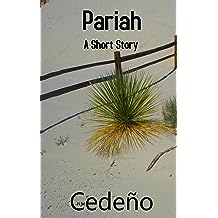 Pariah Oct 22, 2014
by N. M. Cedeno
( 1 )
$0.99
Young Henry was perfect: perfectly average, perfectly normal. Why did he need to be categorized in school? The principal explained to his parents that kids in the same categories were placed in classes together. Otherwise, with so many subjects and so many children in individualized learning plans, one child may not see the same two faces in class for weeks, causing social isolation. Adding Henry to a random category failed. When circumstances required the family to move across country, Gayle and Clay decided to give their son a fresh start by falsifying his records and placing him with children with shellfish allergies.

Everything went well for a few years, until the law caught up with them. Now Gayle and Clay are on trial, facing prison, all because they couldn’t let their child be a pariah. Will they be imprisoned for the rest of Henry’s childhood? Should they take their chances and run? Will Henry ever find a niche of his own?

In this dark, dystopian short story, large scale individualized education misfires for the minority who are merely average. 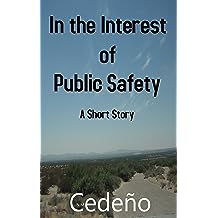 In the Interest of Public Safety Aug 20, 2014
by N. M. Cedeno
( 2 )
$0.99
In this mystery short story set in the near future, multiple bioterror attacks have changed the face of the planet. New laws protect the public from the malicious spread of disease. When customers at a small-town, Texas grocery fall ill with a highly contagious strain of influenza, the police chief and his team race to find the source of the illness and to stop the spread of the disease. Who is targeting people in the town? Why? Is it a test run for a widespread attack on a bigger city or something more personal?
Read more