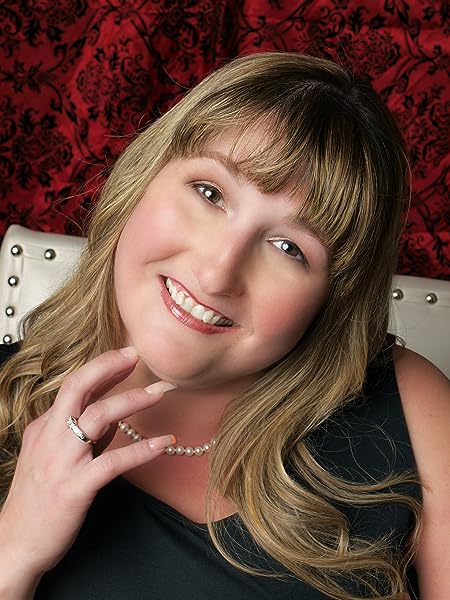 Nicole Kauffman-Eglinger American Author & Poet born in 1972 in Steubenville, Ohio. When I was seven moved with my family to Davie, Florida where I currently reside with my husband of 24 years. Have 4 grown sons and 3 cats. A published author loves reading and writing. Won Best Poems & Poet of 2012 and 2013. Was published in 3 compilations put out by Noble House. My newest book Romance series available now in paperback and e-book!!

THE DARKER SIDE OF ME:

THE HUMAN SIDE OF ME 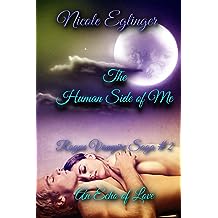 The Human Side of Me: Rogue Vampire Saga #2: Rogue Vampire Saga # 2 Aug 26, 2016
by Nicole Eglinger
$3.00
After, Dante’ catches up with Aleksander and Avery and their son to take his vengeance out on Aleksander’s family because of the death of his sister so many years ago. Their son coming into his powers helps his father save his mother at the cost of losing Aleksander his father. Because of Aleksander’s selflessness and sacrifice saves Avery and son killing Dante’. Avery then moves their son back to NYC. But not realizing Aleksander was given a second chance by the divine power that be. Unfortunately, this second chance comes with a side effect. Leaving Aleksander with no memory of either Avery and Darven. Can Avery & Alek find a way back to the past? Or will that echo of love be lost to time and become just memories.
Read more 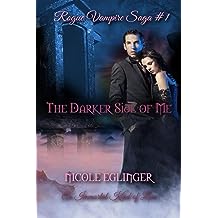 The Darker Side of Me: Rogue Vampire Saga #1 Aug 4, 2016
by Nicole Eglinger
$3.00
Aleksander Strafford born in 1894 in Edinburgh, Scotland a 28-year-old vampire in modern day San Francisco, Ca fleeing his homeland to stay ten steps ahead of his and his sister’s maker Dante’ Vladimir Razvan that Aleksander just so happen to have killed his only sister Isabella Nicole Razvan in 1924 and has been running ever since.
The year being 1997 Aleksander followed his new love interest Avery Jean Michaels a human woman from NYC to San Francisco that he has claimed for his own. Avery a 32-year-old Director of Cultural Museum of San Francisco. After years of following her anonymously in the shadows keeping a protective eye on her never revealing himself that is until now.
With the San Francisco vampires all worried over a new prophecy involving Aleksander’s and his human and son now Avery’s seems to be in more danger than perhaps Aleksander’s clutch can handle. Trying hard not to have all of San Francisco’s vampire erupting into chaos over a said prophecy he dismisses it.
Unknown to Aleksander and Avery the further they fall in love with each other the prophecy comes to fruition. But falling in love with a vampire may not be all it’s cracked up to be, especially when that vampire has a psycho 1500- year- old vampire on his trail.
After, Dante’ catches up with Aleksander and Avery and their son to take his vengeance out on Aleksander’s family because of the death of his sister so many years ago. Their son coming into his powers helps his father save his mother at the cost of losing Aleksander his father. Because of Aleksander’s selflessness and sacrifice saves Avery and son killing Dante’. Avery then moves their son back to NYC. But not realizing Aleksander was given a second chance but with no memory of them.
Read more
Other Formats: Paperback 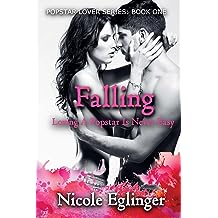 Falling : Popstar Lover Series #1: Popstar Lover Series #1 Jul 28, 2016
by Nicole Eglinger
( 2 )
$3.00
Josephine Michelle Brewer was from a small town in Maine. Josie's life had been full of heartache and baggage. Josie wanted out of the country life and craved an action pack life so she moved west to San Francisco. Where Josie's cousin (Ian) lived and worked as a music producer. She wanted to start a new life. Hopefully her life would be easier and much more bearable. That was until she met Ian's personal friend and famous Australian popstar (Colin). Can Josie & her Colin handle balancing love and careers? Or would their past baggage and secrets tear them apart before they get started.
Read more
Other Formats: Kindle , Paperback 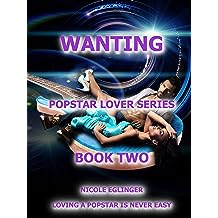 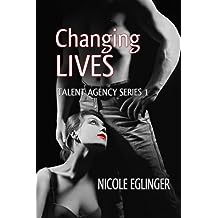 CHANGING LIVES: TALENT AGENCY SERIES Jun 7, 2016
by Nicole Eglinger
$2.99
Makayla Weiss owner of the most popular talent agency in LA & San Francisco California. Taking a personal interest in singer Damien Starr to launch his solo career, after the break up of a successful group he was part of. The closer Makayla works with Damien the more passions are awaken between the two. Until a tragedy within Makayla's family throwing her single free spirited life into chaos. The only way to make it through is depending on her new lover. Still maintaining her company and private life and being a role model to her new family.
Read more
Other Formats: Paperback