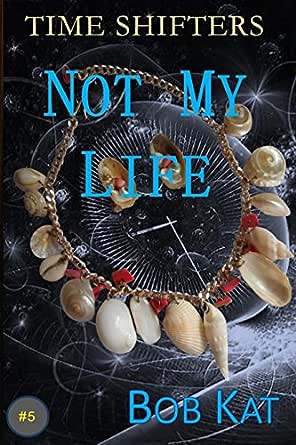 You've subscribed to Time Shifters Romance/Time Travel! We will preorder your items within 24 hours of when they become available. When new books are released, we'll charge your default payment method for the lowest price available during the pre-order period.
Update your device or payment method, cancel individual pre-orders or your subscription at
Your Memberships & Subscriptions
There was an error. We were unable to process your subscription due to an error. Please refresh and try again. 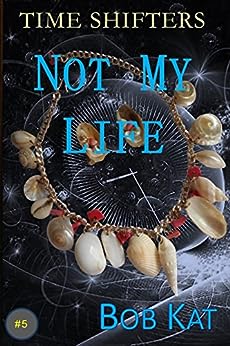 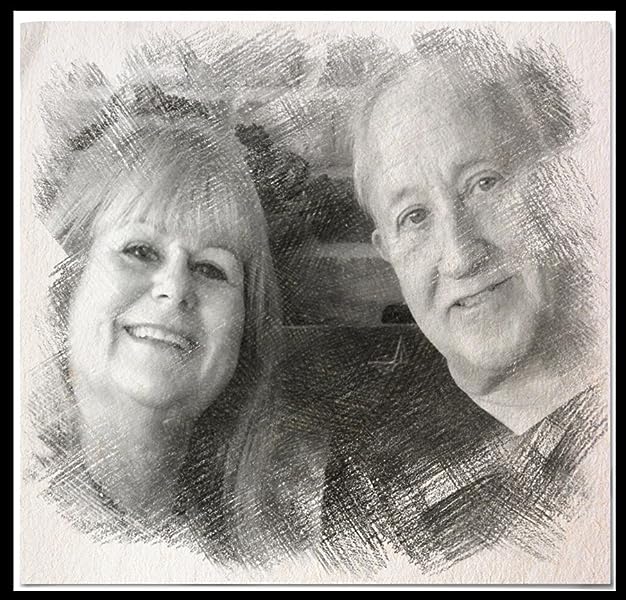 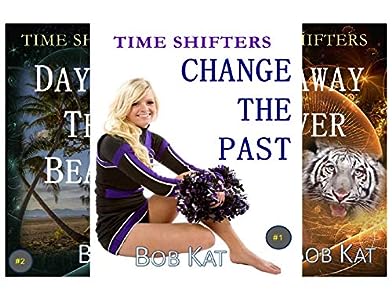 Bob Kat is actually a husband (Bob) and wife (Kathy – get it? Bob Kat) writing team who are fans of romance, time travel and mysteries and love reliving their teenage years through the adventures of Kelly, Scott, Austin and Zoey (of course, without the time travel). The series has won an amazing number of awards including Best Indie Book Young Adult of 2013 (OMG), Best Indie Book Young Adult of 2014 (BION), Reader’s Favorite YA of 2013 (BRB) and Reader’s Favorite YA of 2014 (BION). Kathy has always been a storyteller. She published her first book when she was just four years old…okay, it was self-published (way ahead of the trend). The Little Black Horse That Ran Away was self-illustrated and completely sold out of its first printing (one copy to her mother). Years later, Kathy’s first official book was published by Dell. Since then, she had a total of 23 novels published by Dell, Crown and Harlequin and 9 novels self-published on Amazon.com. She writes adult romantic suspense and new adult romances under the name Kathy Clark. To be perfectly honest, Kathy and Bob would rather be riding horses or sitting on a white sand beach, reading a book than writing, but the characters in their heads insist that they tell their stories, just like that little black horse so long ago. For a complete list of books, screenplays, awards and more, check out Wikipedia at http://en.wikipedia.org/wiki/Kathy_Clark_(American_author) --This text refers to the paperback edition.

Lucidity
5.0 out of 5 stars An excellent addition to the series
Reviewed in the United States on October 21, 2016
Verified Purchase
I’ve read plenty of books with a time travel influence/theme, but I can’t say any of them have impressed me in the way that this series has. Each book has proven to be just as good as the last which mainly comes down due to the fact that the author has had no trouble keeping up the strong momentum that the first books were defined by. One of the major things that I admire about the author is how well he is able to create an authentic feeling of romance between the characters. The relationships genuinely seem convincing and natural, as the characters really seem to have a dynamic chemistry between them – even to the point that I found some it to be quite relatable. As the book is mainly a YA read, it’s obviously aimed at a younger audience, but I personally think that “Not My Life”, as well as the series as a whole, can be appreciated by all ages and a wide variety of people – it’s, to put it simply, that well written. I highly recommend this series for any new readers looking for a refreshingly unique twist to both the romance and fantasy genre.
Read more
2 people found this helpful
Helpful
Report abuse

auntgat
4.0 out of 5 stars Great
Reviewed in the United States on February 22, 2017
Verified Purchase
Great series. I'm waiting on # 6. Will defiantly read more by these authors. Loved the interaction between the characters.
Read more
Helpful
Report abuse

Sheila Deeth
VINE VOICE
5.0 out of 5 stars When life is like a computer game...
Reviewed in the United States on September 20, 2016
Fifth in the Time Shifters series, Not My Life stands alone successfully as a fascinating teen novel, exploring recent history and great themes of justice and love, and inviting readers to see the world through different eyes. Just because a man is homeless… just because a husband was found guilty… just because… The intrepid heroes, armed with the nerd’s clever phone app, the jock’s loyalty, the cheerleader’s gradual recognition that there’s more to life, and the new girl’s unsteady independence, head into the past again to save lives and redeem the future.

Of course, changing the past can have its problems. Even being in the past is problematic if your coins have the wrong dates on them. And how can a girl straighten her hair? The world’s big issues of justice, danger and drugs balance nicely with teen issues of friendship and love in this novel. And the world of the recent past is nicely researched and cleverly presented. At least dressing for the task will be easy since 70s styles are back in fashion!

I love these characters. They're very real teens, living lives where romance can breathe, first kisses are awkward, and real life might be compared to a computer game rather than the other way around. The humor is fun, the pathos is cool, and the dilemmas are smart, thought-provoking, and very well played. Highly recommended!

Disclosure: I was given a pre-release ecopy and I offer my honest review
Read more
One person found this helpful
Helpful
Report abuse

JenacideByBibliophile
4.0 out of 5 stars Another great installment to the series
Reviewed in the United States on July 13, 2017
Disclaimer: This book was sent to me by the author, Bob Kat, for an honest review.

Opinion: Yes! We have made it to book 5 in the Time Shifters series by Bob Kat, and I am loving every minute. Our lovable gang is traveling back in time again, but this time they have personal ties. Readers get a whole new adventure to submerge themselves into, and we FINALLY get to see some sparks fly between our characters. *Sigh*…this must be what happiness feels like.

After successfully traveling back 1911 to save the life of a young girl named Emma, while traveling back to present time our young time travelers find themselves miscalculated into 1977. Scott, Kelly, Austin, and Zoey have no idea what went wrong, but soon they discover that there is someone in need of their help there too. As they learn of a serial killer being on the loose, they also catch wind that Austin’s good friend Dan had been accused of murdering his wife and newborn son. Shocked and confused, the group has no idea how such a nice man could have done such a thing. After finally making their way back to present time, Austin and Kelly find that they NEED to get to the bottom of what happened. In the hopes of proving Dan’s innocence, the four travel back in time again to 1977. This mission proves to be dangerous, and the lives of three people are at stake.

So if you guys have followed my reviews of the last four books in this series, you know that this is aimed at a younger audience. YA/Teen/Pre-Teen ages, but I think it is a great story for anyone. These books are extremely creative in how the authors have mixed the past and present, and they make sure to make some amazing references that will be sure to make you smile. The adventures that the reader takes with these characters makes reading this series MORE than enjoyable.

Speaking of the characters, my have they grown in such a short time! I think I am most pleased with the character of Zoey, who has turned into a truly warmhearted and sweet person. She started out being a very stuck-up and rude girl, and I was really having a hard time reading her snide comments and remarks. Thankfully, she is MUCH improved. After I had finished book 4 in the series, Forever Love, I was DYING to get my hands on the next installment. The authors left me hanging in suspense about what would happen between Austin and Kelly, and it was driving me CRAZY! I am happy to say that their relationship has stepped up, but I am definitely sensing some serious roadblocks in the future. Fingers crossed that these two work out!

Maybe I’ve lost my mind a little, but I thought that this was going to be the last book in the series. Well, well, well…NOT the case. Bob Kat leaves us with yet another cliffhanger, and this one looks like it is going to be a DOOZY. I am very happy to see that this series is continuing and can’t wait for more. The only concern I had with this book was that it felt a little bit…less than the previous books. It was a bit slower and didn’t seem to have too much happening in it, which was kind of a bummer. The previous books had been much faster paced and packed with danger, so I think I was expecting more of that.

All in all, another enjoyable and pleasing installment to the Time Shifters series. As said above, this book is for all ages but is aimed at a younger audience. I have put the links to the previous books in the series if you guys haven’t started the series yet. Happy reading!
Read more
Helpful
Report abuse

felicia jacobs
5.0 out of 5 stars High expectations were met with this installment!
Reviewed in the United States on October 19, 2016
I had been anxiously waiting for this book for 2 years. I absolutely LOVED the first four and I couldn't wait to see what their next adventure would bring them. I'm happy to say that it absolutely lived up to my expectations! Everything I loved about the characters years ago, had not been lost. Kelly, Austin, Scott and Zoey go back to 1977 to try and find out what happened to Old Dan's family. I was guessing "who done it" throughout the entire book, but I enjoyed every part of the story along the way. I am a huge fan of this series and I just hope I don't have to wait so long for the next installment! I highly recommend you start from book 1, because the characters develop a little more over each book.

I received an advanced copy in exchange for my honest review.
Read more
One person found this helpful
Helpful
Report abuse

Amazon Customer
4.0 out of 5 stars Time travel and teenagers with a twist!
Reviewed in the United States on October 23, 2016
Four young adventurers - the jock, the nerd, the popular girl, and the homeschooler - represent a cross section sure to have wide appeal as they track down mysteries and save the day. This fast paced read had a little of everything from romance to murder - with history and valuable life lessons thrown in for good measure - all wrapped up in a time travel theme. Good kids using their "time" to help others - love it!

I received a free pre-order copy through Books Go Social in exchange for an honest review.
Read more
One person found this helpful
Helpful
Report abuse
See all reviews