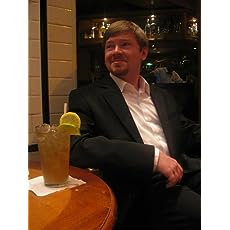 Nace Phlaux was born in October 1982 in Philadelphia, PA and raised in the Lower Bucks County suburbs. He received his Bachelor of Arts degree in professional writing at Kutztown University. He currently works in the digital marketing industry while living on the Treasure Coast of Florida with his wife and two cats.
Read more 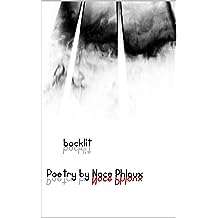 Backlit: Poetry by Nace Phlaux Jun 5, 2017
by Nace Phlaux
$2.99
All proceeds received from Backlit will be donated to the Planned Parenthood of South, East and North Florida.
Read more 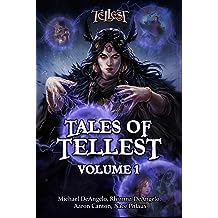 Tales of Tellest: Volume One Dec 6, 2015
by Michael DeAngelo , Rhianna DeAngelo , Aaron Canton , Nace Phlaux
$4.99
Seventeen stories from the world of Tellest are bound in these pages, including five novellas. Four storytellers come together to tell stories of mystery and intrigue, all wrapped in a veil of fantasy.

Enter a world where magic permeates the very air that people breathe. Tellest is a place where the country is as vast and beautiful as it is dangerous, the cities are wondrous and brimming with possibilities, and everything in between is touched by an otherworldly quality. These short stories and novellas will serve as delightful introductions to this up-and-coming fantasy universe.

Adelia Kreegan led a normal life until the day her family was viciously torn from her. The miracle of her escape is the curse that haunts her daily. She seeks refuge in the shadows of the nearby city of Viscosa, but an intrinsic ability has brought curious eyes to her.

Bolt Thunderfury is the human son of a dwarf, scorned by his adopted clan until his peculiar powers manifest. He alone carries the ability of the clan's namesake, able to generate electricity in the palm of his hand. This power earns him respect, but he has much more to prove.

Maximus Xanders, visionary of Atalatha and legendary Knight of Virtue, has just finished his greatest invention. Though known for his technological marvels in weaponry and strategies, his latest venture has a more personal touch. Built in secrecy, the innovation is spied by an unlikely guest. A trade is agreed upon: in exchange for silence on the matter, Maximus will tell a tale of his own meager beginnings.

For eighteen years, Venathryn has been afflicted with the dreamplague. Slowly it has been festering in her mind, wreaking irrevocable damage to her in a place of supposed reverie. Finally having enough, her family employs the services of Maravek, the dreamwalker. Together, the two elves will find what horrors haunt Venathryn’s dreams, and they will discover just how reliable our dreams are when they are plagued by guilt and regret.

Icarus must intervene before a wicked ritual is completed, or humanity will be banished from the world of Tellest forevermore. But his people, the elves, have determined that humans are too dangerous to share the realm. How can he protect the friends that he has made without betraying his race?

We hope that you enjoy these tales of Tellest.
Read more
Other Formats: Paperback 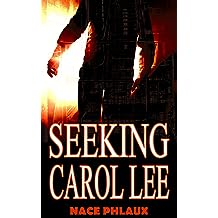 I never claimed to be a good man.

Eddie Mazzaro, laid off by the factory he'd worked at since he was a teen, enlists his brother to do the only other thing he's ever been good at: Causing trouble. But their string of robberies catches the eye of someone who'll stop at nothing to find her lost sister.

Blackmailed into tracking down the only man who knows the sister's location, Eddie must unravel the mystery of the lost woman and protect his family from debt, from the police, and from worst of all—the truth. 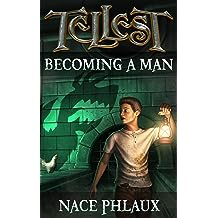 Becoming a Man Dec 25, 2013
by Nace Phlaux
$0.99
Everyone has their fantasies, but Remy Depoy had the privilege of living through one. When his son asks him to relate one of his memories, Remy picks the time when he was on the cusp of becoming a man. Against all odds, he was thrust into an adventure the likes of which he had never seen, facing all manner of odd creatures until he finally learned what it meant to grow up.

By Nace Phlaux, writer of Coincidence, Becoming a Man is a short story set within the Tellest universe. If it pleases you, have a look at the other stories in the series, by Michael DeAngelo:

Other stories in the Tellest universe:
The Child of the Stars Trilogy
The Bindings of Fate
As Darkness Falls
The Enemy Within

Tales of Tellest
Mageborn
Son of the Storm
The Tinker's Tale