Nalini Warriar dreamed of being a writer then forgot the dream for a bit as she went on to garner a Ph.D in Molecular Biology. While in her lab, the dream came back and hit her on the head and she’s never looked back writing through her years as a scientist. After more than a decade in cancer research, Nalini returned to the creative part of her soul and now devotes her time to dreaming up the perfect alpha male and feisty woman to appear in her books.

Her novel, Fireflies in the Night, was a Foreword Reviews Fab Award finalist and won the Next Generation Indie Book Award in 2017. Kirkus Reviews awarded Fireflies in the Night a starred review and named it Best Books of 2016. Karma’s Slow Burn, a contemporary romance will be released in February 2020. She’s working on her next romance, the first in the Crenshaw Brothers series, to be released in 2020. She lives in Ontario, Canada. 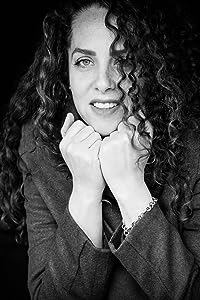 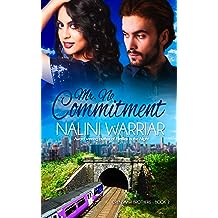 ♥ Can their tempestuous affair be re-ignited after years? Once she reveals the secret she’s hoarding, will it turn him away? ♥

The familiarity of their shared past and the thrill of a new reality clashed, clamoured and struggled for control until the heat of the present obliterated everything. He took her to new heights. Or was her memory cheating her? His desire for her was clear in his every touch, in his every kiss. She came apart in his arms, red and gold erupting behind her lids, shattered in a way only Austin could do.

What always roiled between them was passion and desire. But this was new, this gentleness. She could reciprocate the former. But damn if she knew what to do with his gentle touches. It threw the dynamics between them out of keel.

Fiercely independent Pooja Varma is a blues singer from Bollywood country with ‘loner’ inscribed in her DNA.

Brooding and creative marketing millionaire Austin Crenshaw has successfully avoided permanent entanglements, even though he’s very much connected to his brothers and parents.

In tropical Kochi, India, with the scent of jasmine and gardenia in the air, they discover their passion for each other. For a few days, they float in the cocoon of their desires. Then they go their separate ways.

That was the plan.

A few years later, Pooja is on tour and their paths cross. This time, Austin has no intention of letting Pooja go. It doesn’t quite align with his Mr. No Commitment and no strings attached sentiments. But let her go, he can’t.

Pooja is hoarding a secret: a daughter from their tempestuous affair in Kochi. She hasn’t told him, for he’s made it abundantly clear he’s Mr. No Commitment. Once he finds out, will he stay or leave?

Follow Austin and Pooja’s passionate journey from Kochi, India to North America in Nalini Warriar’s new contemporary romance, Mr. No Commitment, Book 2 in the Crenshaw Brothers series, featuring an Indian heroine in a multicultural setting and a cast of diverse characters. 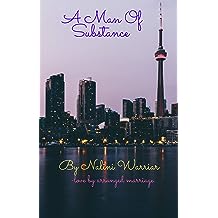 ♥ A contemporary romance set in the magical cities of Kochi, India and Quebec City, Canada ♥

In Love and Marriage Series Novellas, Book 1 A Man of Substance

Book 2 A Time to Heal out now

Marriage by arrangement and mutual agreement is convenient. Then what? Nimmy, a trauma surgeon, does the unthinkable. She chooses an arranged marriage much to the shock of her friends. It is practical. It is an efficient way to get hitched. For elders do know better. And Nimmy is practical if anything. What she doesn’t count on is falling for the guy. Find out what happens in this steamy novella, A Man of Substance.

In this Love and Marriage Series

Book 1 A Man of Substance

Book 2 A Time to Heal out now 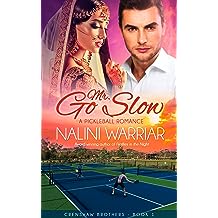 She makes him forget he’s Mr. Go Slow. He makes her wish for things she never knew she wanted.

Caterer and Bollywood dancer Priya is a drifter not interested in forever. Her friends are her family. Stubbornly single, she’s content to drift along the ocean of life for she does not believe in relationships. Or marriage.

VP and drone designer Dallas, the ultimate Mr. Go Slow, has a plan for his life. He wants forever. His family is who he is.

Pickleball crazies Priya and Dallas get into each other’s faces on the pickleball courts. Priya resists while Dallas persists with typical Mr. Go Slow intensity. Priya is quite willing to let her feelings for Dallas go where they lead her. Preferably nowhere. She could live without a man. Maybe. But never without pickleball. Dallas is captivated when he watches a sexy dancer in the house across his go through her Bollywood moves. From the minute the two almost lock fenders at a turtle crossing to finding out Priya’s the Bollywood dancer from his dreams, Dallas has only one goal: to make sure their paths are forever entwined and his dream world collides with reality.

Nalini Warriar returns with the first book in her sizzling new contemporary romance Crenshaw Brothers series in which two fanatic pickleball players are drawn together by inexplicable chemistry in a case of opposites attract. 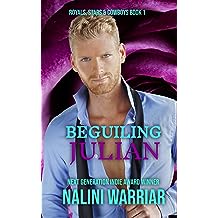 She looks like the gorgeous, sexy Bollywood superstar she is and when the chance arrives, he grabs it. He’s going to give in to his guilt, make amends, and be a part of her life again.

. There he is in blue jeans and a chest-baring vest, and Sam’s crush roars back. Golden-haired, his steely blue eyes lock on her. He’s only there to take over her life. And she will not allow that.

. Where Sam’s only purpose is to stop Julian’s meddling, she beguiles him and he prepares for the fight of his life to win Sam’s heart. Two disparate personalities clash on set and off it only to discover they’re made for each other. 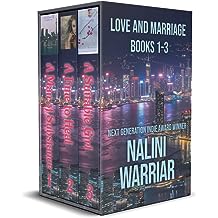 ♥ Books 1-3 Love and Marriage Series all in one place. Three quick reads about traditions and happily ever afters ♥

In A Man of Substance, a neurosurgeon opts for a traditional method to get hitched, not expecting to fall for the guy; in A Time to Heal, tragedy tears young lovers apart who discover they're made for each other; in A Suitable Girl, a cardiologist allows his mother to choose a suitable girl for him and finds his soul mate. Romances to bring cultures together one book at a time. 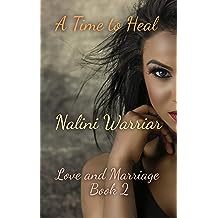 ◆ ◆ Sumi Pillai, stubbornly single, is a successful sculptor who has sworn never to use expletives. Rahul Agarwal is a foreign correspondent for the CBC ◆ ◆

Sumi finds her favourite curses on a map of the world where she searches for names that could sound like curses and never tires of using them in phrases. It’s a hit and miss kind of thing. Rahul's job is who he is and he’s not really looking for a committed relationship. He’s a sipper and Sumi makes him want to stay for more than a sip.

Fate brings them together and they fall in love. They do the marriage thing with no family interference, no horoscope matching, no astrologer and definitely no on line match-making or dating services, just a man and a woman coming together and discovering they were meant for each other.

They have their first child. Fate again steps in and shows them who’s in control. This rips them apart. Sumi does what she does best: run away while Rahul believes they both need time to heal their wounds. But he also believes they were made for each other and does not give up on them. 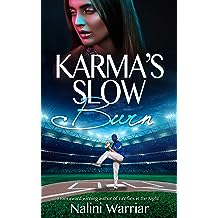 Karma's Slow Burn: A Sizzling Contemporary Romance Feb 1, 2020
by Nalini Warriar
( 23 )
$3.99
A Sizzling Contemporary Romance about a sports journalist and a baseball pitcher turned chef.
Sports writer Karma Deepika Huntington wants revenge.
Rafael Henley, star pitcher for the Sliders, feels guilty.
And then there’s their attraction to each other.
Once they give in, all bets are off.
Revenge and guilt take a back seat with sizzling chemistry in control

'I enjoyed Karma and her delight in her Indian heritage and her father’s friends were a hoot... clearly all needed much more to do in their retirement. Overall a good read.' Ellie C, NetGalley Reviewer 5* 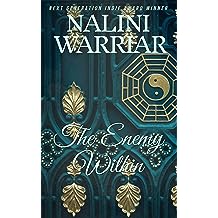 The Enemy Within Jan 12, 2017
by Nalini Warriar
( 4 )
$2.99
Sita has always had men in her life. But they’ve always loved her less than she did them. First, her father, a cold and distant man; then her husband. But things change when she loses her baby girl, Sita sees clearly for the first time and her heart hardens. As her children grow up, so does she. While at university her professor, Julian Brannigan falls in love with her. But Sita is very married so he keeps his secret. Then in Heidelberg, Germany, where Sita is getting her postdoctoral training in Dr. Seidel’s lab, Miguel Santiago wants to sweep her off her feet if only she’ll let him. To Sita, even a loveless marriage is sacred. Spanning three decades and set against the backdrop of modern Quebec politics, The Enemy Within is a memorable portrait of a woman caught between worlds.
Read more
Other Formats: Paperback 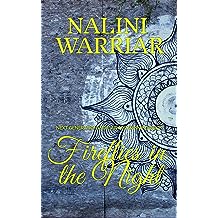