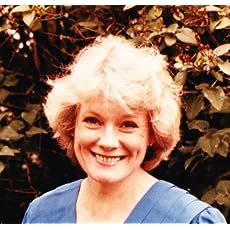 Nancy Janes lives in the Blue Ridge Mountains of North Carolina with her husband Richard. After retiring from a career in psychiatric social work she returned to writing full time. She writes sc-fic/fantasy, and short stories in the Americana vein. Aside from writing she gets engrossed in various subjects, which includes early american history, early church history, and mysteries for a change of pace. You will find her on social media, Twitter, Facebook, and LinkedIn after mundane chores are completed, and those often include a charred dinner for her husband.

She has written two books loosely based on each other. The Boy Who Walked A Way published in 2013 and Night Rumbles published 2015. 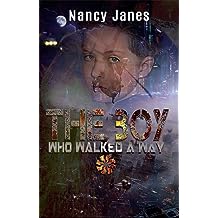 The Boy Who Walked A Way Mar 22, 2013
by Nancy Janes
( 57 )
$1.99
In the year 2162, a young boy named Jal Valhyn is caught in a maelstrom of violence and conflict. His country is at war and the world government based on humanistic principles that had fulfilled its promise of a halcyon peace for over a century has fallen. Alone and helpless, he has an encounter with an invisible being that leads to a seven-day journey. With his two appointed companions he sets out for a safe haven far from the world of danger and turmoil. Each day's trek brings the gift of new friendships and a growing awareness that life has dimensions grounded in more than the material. He intuitively understands the faith that sustains the inhabitants of an enduring peaceable kingdom.

The Boy Who Walked a Way is a touching literary fantasy novel by Nancy Janes about the true power of belief. Representing the child inside all of us that neither age nor time can eradicate, young Jal is a perfect personification to the untainted and wholehearted faith and belief in miracles that the innocence of childhood provides. With Bea and Sammie as correlating characters who impact Jal’s present and future, the two companions teach him the importance of using his troubles as an asset in developing a sense of mastery over his circumstances and in turn give readers a glimpse into the importance of trust in yourself and the personal conquering of adversity.

With a deep and gentle meaning that is born of violent circumstances, The Boy Who Walked a Way is a rare young adult novel that appeals to both genders equally. Though born of Christian roots, this profound story is a perfect fit for readers of all backgrounds and faiths that truly inspires with its touching journey of self-discovery, belief, and personal mastery. With a rich and detailed world that has descended into out-of-control chaos, this grand novel is an epic, touching fantasy that will inspire and entertain for years to come.

A lifetime love of literature’s possibility to convey the meaning of human experience in simple or complex terms motivates Janes’ writing. A clinical social worker by training and profession, she has been writing on various topics, since childhood. Other than her poetry, Janes has never felt compelled to publish her writing until she began The Boy Who Walked a Way. While leading a rather quiet life, she finds the life stories and cultures of others inspiring and leans toward assorted genres of literary and non-literary books. And when travel is on the menu, she is quickly off to collect the many splendid stories of the individuals on their mutual journey of life.
Read more
Other Formats: Audible Audiobook , Paperback 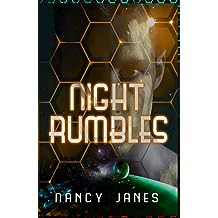 On the planet Lydo, a nineteen-year-old research student at the Academy named Brad enters the Netherworld to research its little-known inhabitants. The caveat: he will lose his memory and his form.


Waking up in the town of Nofer in Daganland, Brad enters into a world ruled by a Tyrant.It is a planet of darkness where the inhabitants live and work by night. Socialization and friendships are forbidden except in the formal setting of work related activities. Brad becomes an elite student, assigned to head Daganland's Intake Department. He must observe the habits and behaviors of humans as part of his future career because they are the majority of Daganland residents. Instead of obeying his instructors to be merely an invisible observer he grows fond of the humans, and his studies take a new direction.


In the vein of C. S. Lewis, J. R. R. Tolkien, and William P. Young, Night Rumbles follows Brad as he completes an assignment to research a trio of humans. But as Brad's affection for the humans grows, his conflicted heart forces him to make a decision to yield to his leader's wishes or defy them.


Haunted by an unknown past, and with dangers lurking at every turn, Brad must use all of his cunning to defeat the malicious forces around him and save his new friends. But will he ever get to return to his home world?