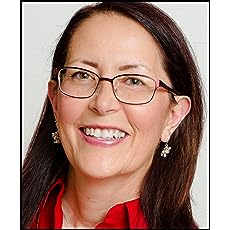 Nancy served as a panelist at the Killer Nashville International Writer's Conference, speaking on the subjects of self-publishing, minor characters, and dialogue. She is a member of Sisters in Crime and CC Writers.

Nancy is a Midwest farm girl at heart and currently lives in Utah with her husband.
Read more 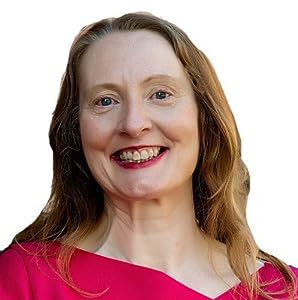 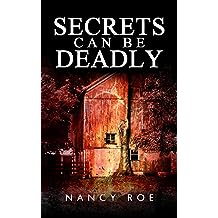 Tragedy strikes the lives of two children in 1968. A house fire kills Sam’s father and brother. Three weeks later, Sam’s mother disappears and Sam must grow up with strict grandparents. Mason’s mother and sister die in a fiery automobile accident. Mason’s father moves them to a new city in Iowa to forget about the life they left behind.

Twelve years later, Mason receives mysterious notes and phone calls about his past. Mason searches for the truth about the family he never knew, only to discover secrets that force him to choose between his father and the woman he loves.

Mason and Sam set out on separate quests to determine who is telling the truth, who is keeping secrets, and who must die.
Read more
Other Formats: Paperback 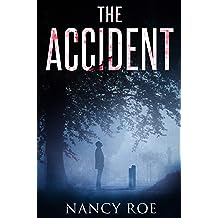 A puzzle mystery with heart, humor, and populated with diverse and interesting characters.

Who wants Darnell dead and why?

The investigation leads to an accident that happened seventeen years ago and a family secret. Will Darnell find the truth or die trying? 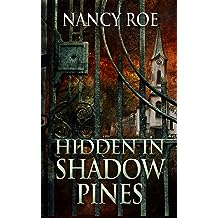 Hidden in Shadow Pines Jun 15, 2015
by Nancy Roe
( 9 )
$0.99
Isabella Retsul leads a happy life in Darden, Iowa. She has two loving parents and the quarterback boyfriend, and she’s on her way to Princeton in the fall. All that changes on her eighteenth birthday when she kills her parents and spirals into a deep depression.

Sixteen years after the accident, she’s content in her single life as a ghostwriter and blue-ribbon pie baker until one morning when she wakes up in a bedroom she’s never seen before.

First impressions are deceiving. Hidden away on a small patch of land in southern Iowa, Shadow Pines seems like a quiet, religious town. But underneath the peaceful façade is a web of deceit. She learns the town is bordered by a tall stone wall and the sole exit is an iron gate guarded by armed men. The residents of Shadow Pines believe Isabella, the only living relative of one of the founding members, is here of her own volition.

Isabella is determined to find a way out of Shadow Pines and return to her life in Darden. In her quest, she must decide who can be trusted while uncovering the truth of a family history she never knew. 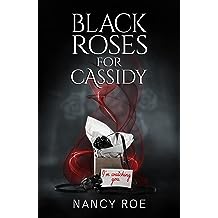 Black Roses for Cassidy Mar 17, 2018
by Nancy Roe
( 2 )
$2.99
For six years, Cassidy Kincaid has led a picture-perfect life in Ghost River, Iowa with her loving husband. Then one Friday night, her husband commits suicide—or so she is told.

Days later, a peculiar request and a stranger’s declaration prompt Cassidy to question the cause of her husband’s death. However, someone who doesn’t want the truth exposed threatens to kill her unless she stops digging.

As Cassidy begins to unravel her husband’s secret life, she also discovers her own life has been filled with lies since childhood. Unlikely people she thought were deceased pop up, and those with a close connection to her are found murdered.

Will Cassidy be able to expose the shattering truth in time or will the killer claim the victory?
Read more
Other Formats: Paperback 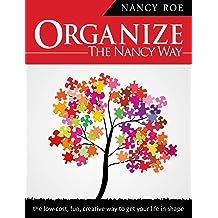 Organize The Nancy Way is the low-cost, fun, creative way to get your life in shape. This book provides you easy and practical advice for organizing.

How do I organize cabinets to fight clutter? How can I store my jewelry? What are the benefits of a home inventory? How can I organize my purse?

With Organize The Nancy Way, you'll discover the answers to these questions and much more. Nancy Roe draws on her experience as an organizer offering clear, concise information that will help you with your next organizing project. You'll find:

- suggestions for reusing items already in your home

- ways to save you money

- personal tips from the author

- achievement checklists to record your accomplishments

Have you ever wanted to organize your life but didn't know where to start? This book is designed to assist you in getting organized in your life-your way. Choose a chapter, take your time, have fun. This book's goal is for you to become an organized individual in a fun, creative way.
Read more
Other Formats: Paperback 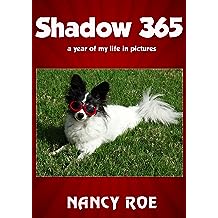 Shadow 365: a year of my life in pictures Oct 23, 2014
by Nancy Roe
( 4 )
$1.99
Have you ever wondered what your dog is thinking? Shadow 365 shows readers a year in a dog’s life through the dog’s point of view. Shadow, the lovable Papillion and canine narrator, tells his story through pictures and captions.
Read more