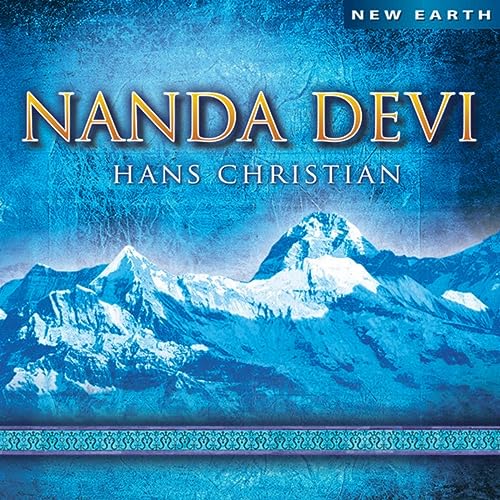 Lillian
5.0 out of 5 stars HANS CHRISTIAN’S NEW MUSIC PAYS TRIBUTE TO ONE OF THE HIGHEST MOUNTAINS
Reviewed in the United States on September 23, 2015
New age master multi-instrumentalist Hans Christian has a spiritually-powerful new album, NANDA DEVI, named after the tall, sacred peak in India, and the music is an ode to this special place on our planet. His main instrument is cello, but he also plays a large group of real ethnic world music instruments such as sitara, sarangi, nyckelharpa, dhilruba, swaramandala, psaltery, bamboo flute, udu, tampura, frame drums, Tibetan bowls and many more.

This gentle world-fusion recording captures the pristine loveliness and majestic grandeur of the world’s highest mountains in the region of Northern India and Tibet. Nanda Devi, as one of the tallest peaks in the world, symbolizes the beauty of nature, spiritual power and a place of quiet serenity outside the reach of modern civilization (no one is allowed on the mountain). Hans Christian takes us on a musical journey to this mountain, but the music can also serve as a tribute to all of nature and any trip we take into the wilderness.