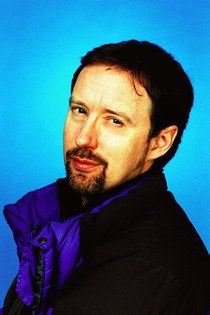 Nanda Devi: A Journey to the Last Sanctuary Paperback – February 1, 2005

“Thomson is a terrific storyteller… His wit, eye for detail, and reverence for humanity set him apart.” -- Publishers Weekly, for The White Rock

Until 1934, the hidden valley of the Nanda Devi Sanctuary, on the border between India and Tibet, had never been entered by man. Surrounded by 20,000–foot peaks, which seal off Mt. Nanda Devi at their center, it was virtually impenetrable. The many early explorers who were drawn there by the idea of a “lost Eden” could only gaze down with longing. But Eric Shipton and Bill Tilman, the “terrible twins” of prewar mountaineering, solved the problem by forcing an entrance up a precipitous river gorge. Subsequent expeditions were beset by tragedy, and concern for the fragile ecology of the Sanctuary finally led the Indian government to ban all visitors. The Sanctuary was re–opened briefly in 2000 for a special millennial expedition, of which Hugh Thomson was a part. Here, he weaves the story of his own journey together with those who have gone before him. Hugh Thomson, an award–winning filmmaker, has led several expeditions to the Peruvian Andes, which he recorded in his highly acclaimed work The White Rock: An Exploration of the Inca Heartland.

Start reading Nanda Devi: A Journey to the Last Sanctuary on your Kindle in under a minute.

3.6 out of 5 stars
3.6 out of 5
20 global ratings
How are ratings calculated?
To calculate the overall star rating and percentage breakdown by star, we don’t use a simple average. Instead, our system considers things like how recent a review is and if the reviewer bought the item on Amazon. It also analyzes reviews to verify trustworthiness.
Top reviews

Peter E. McGinn
4.0 out of 5 stars An interesting tale of Himalayan travel, exploration and history
Reviewed in the United States on June 3, 2015
I read right off the bat a sentence that said that this was not a mountaineering book. I prepared myself to be a bit disappointed because - even though I also read travel literature, I was led to this book by my interest in the history of climbing this mountain and haven't yet been able to read older books about it by Roskelley and Shipton.

But I needn't have worried. It is a fascinating ramble through the author's own expedition and through the history of Nanda Devi. Not just the attempts to climb the mountain itself, but the attitudes and history of the surrounding area, the sanctuary, if you will. Apparently early attempts to explore the mountain were thwarted by how difficult it is just to approach the mountain, plus the government's tendency not to allow access to it. The fact that the author gained permission was perhaps as great a feat as climbing to the top!

Thomson shows a reverence for the area and its history, and seems to tell a balanced history of earlier attempts. I had read brief descriptions of the death of the woman mountaineer who was named after this mountain, but not enough to appreciate how tragic it was. Thomson's description of that expedition will allow me to read the earlier book on the subject with a more critical eye, because "official" expedition books sometimes present a sanitized depiction of events and team dynamics.

So I guess the sentence I read was correct: this is not strictly speaking a book on mountaineering, but there were elements of a few genres: travel, biography, and yes, climbing, and I was happy with the result.

Karts Huseonica
4.0 out of 5 stars A Potpourri Journey
Reviewed in the United States on August 31, 2008
Thomson has given us one story of a mountain; a story of friendships, adventure, and the real world of people and the politics and beliefs that make the world fascinating, but at times troubling. The cultural lessons of the locals (India) and of the participants were very intriguing.

Written in a straight forward manner, keeping our interest but not making the read a job with complicated plots and subplots.

Recommended to us by someone not interested in mountain adventures, but who never the less enjoyed the book.

Bobsson
5.0 out of 5 stars Wonderful book!
Reviewed in the United States on July 17, 2017
Wonderful book! I was most interested in how you addressed the 1976 Nanda Devi expedition that claimed the life of Devi Unsoeld. She was a friend and we climbed some in Washington State. Thank you for your gentler relaying of the circumstances. It helped renew my spirit and feeling about climbing.
Read more
One person found this helpful
Helpful
Comment Report abuse

Kriya Novice
5.0 out of 5 stars Couldn't stop reading...
Reviewed in the United States on August 14, 2017
This book is a most refreshing collection of adventure and history tied together with a wealth of incidental lore which creates a rare and wonderful read. It's still out on the desk to be re-read very soon. Amazing.
Read more
Helpful
Comment Report abuse

Amazon Customer
5.0 out of 5 stars A wonderful book
Reviewed in the United States on July 27, 2011
Once in a while you come across a nice travel write with good detailing. This is one of those books, it captures your imagination and inspires you to go visit Nanda Devi
Read more
2 people found this helpful
Helpful
Comment Report abuse
See all reviews

D. Elliott
4.0 out of 5 stars Sweet Sanctuary
Reviewed in the United Kingdom on December 9, 2010
Verified Purchase
Author Hugh Thomson admits he is not a mountaineer yet his book `Nanda Devi' is about one of the most beautiful mountains in the world. In 2000 after years of closure by the Indian Government permission was granted for a party to enter the Nanda Devi Sanctuary, a virtually inaccessible lost `Eden'. This enchanting high level area was first reached in 1934 when Eric Shipton and Bill Tilman entered via the Rishi Ganges Gorge, and the 2000 expedition, taking the same approach, was led by Eric's son John. Invited to take part with a mixed group was Hugh Thomson; an explorer, writer and film maker with experience in the Andes and other remote places. As well as eloquently and expressively describing the trek to the Nanda Devi Sanctuary Hugh Thomson comments with sensitivity and empathy (and humour) on fellow travellers, on a variety of individuals and organisations linked to Nanda Devi, and on the people he meets, together with insights to their cultures, religions and politics. He explores the dynamics of the expedition and he probes into the motivation of others, reflecting on differing attitudes and ambitions with Shipton and Tilman compared against the "supremacist climbing culture" of today. The book is a delightful read, but there is not enough of it - just over 100 pages of text - though an additional 24 pages of well chosen colour photographs balance this, and they fit nicely with the narrative. Past incidents like the tragic death of Nanda Devi Unsoeld or the CIA's secretive placing a nuclear powered spying device could have received more attention - and Thomson's own comprehensive Bibliography points the way.
Read more
4 people found this helpful
Report abuse

Harrovian
3.0 out of 5 stars About a very special place
Reviewed in the United Kingdom on August 15, 2012
Verified Purchase
This book describes the history of the exploration of a remote, isolated valley in the Himalayas. It is not a "climbing" book, but there is a lot about the characters who decided to attempt the hazardous trek into the valley. Though a Kindle is not really suitable for viewing photos of landscapes, they are not crucial to the story. You still get the feeling of the valley and the people who went there.
Read more
One person found this helpful
Report abuse

Indian government should have interviewed people going on this expedition

Lalit Bijlani
4.0 out of 5 stars Read
Reviewed in India on February 8, 2020
Verified Purchase
This is more a long essay than a proper book!! The style is a bit confusing but if you like the Himalayas you will really enjoy this ‘book’!!
Read more
One person found this helpful
Report abuse
See all reviews