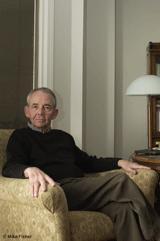 Demonstrating the continuing relevance and joys of the well-crafted essay, Epstein's thoughtful excursions explore a range of subjects from the profound (mortality) to the pedantic (language abuses) and the popular (the music of the 1940s). But they are always deeply personal. Without sacrificing his own unique viewpoint, Epstein (Life Sentences), for 23 years the editor of The American Scholar, always engages his reader, providing access to his knowledge instead of merely lecturing. For example, when expounding upon the delights of The Decline and Fall of the Roman Empire, he makes the reader with no knowledge of Gibbon feel as if she, too, might pick up the volumes and breeze through them. Many of the essays are powerful: using himself as an example, Epstein charts his growing fears of aging and death to painful and provocative effect, and his descriptions of the human body are wrenching. His elegantly turned sentences reveal quirks and cultural musings with a comic touch that is light, but never flippant. The best essays achieve classical balance in a completely modern voice.
Copyright 1999 Reed Business Information, Inc.

What do you get when you take 16 personal essays, add literary knowledge and self-revelation, include well-turned phrases and polished paragraphs, temper with a candid, colloquial style, and suffuse with a great deal of wit and amusing observation? You get a new collectionAhis sixthAby the former editor of the American Scholar. Epstein (Life Sentences, LJ 9/15/97) focuses mainly on ordinary subjects: aging, napping, reading, name-dropping, and being an addicted sports spectator. He speculates that the fanatic pursuit of youthfulness through exercise allows one to "be in near perfect shape just in time for death." And on the subject of pronunciation he wonders, "Why does it feel so foolish, so ketchup on one's white shirtfront, so absolutely fly open at the senior prom, to know one has been mispronouncing a word?" These essays were first published in the American Scholar, The New Yorker, and the Hudson Review; it's nice to have them together under one cover. Recommended for literature collections in both academic and public libraries.AIlse Heidmann, San Marcos, TX
Copyright 1999 Reed Business Information, Inc.

Epstein is one of the premier contemporary American essayists, and his status is reaffirmed in his latest collection, which, as the title indicates, is about himself. But there is nothing wrong with such egotism, because he happens to be an interesting fellow. What is so remarkable about Epstein as an essay writer is that he'll begin a discussion at some personal place--say, thinking of himself as "a man who has mastered, in all its delicate intricacy, the art of the nap" --and end up in another place relevant to us all. That's why he can write about himself and get away with it: without fuss or filigree, only with a clear sense of direction, his discussions always arrive at a universal point to which we can all relate. Anything from heart bypass surgery to his naked body to mispronunciation of certain words can fall under his watchful eye and abiding love of communication: he enjoys making language work, not making it jump through hoops for show. Brad Hooper

The latest collection of quasi-autobiographical ``familiar essays'' by Epstein (Pertinent Players: Essays on the Literary Life, 1993, etc.) offers the pleasures of smart faculty-party conversation. The titular opening essay adroitly addresses the 60ish author's physical appearance in candid detail. It acknowledges the egocentricity of Epstein's ``familiar'' variation on the personal essay, but the self-regarding subject is one he knows well and can make amusing. While Epstein's topics include the social traps of accents and pronunciation (``So to Speak''), aging past 60 (``Will You Still Feed Me?''), the limits of mere talent (``What's In It for the Talent?''), and ``Anglophilia, American Style,'' the main subject is himself, Chicago-born former university lecturer and erstwhile editor of the American Scholar. In the case of his experience with bypass surgery, the result is an extraordinarily obvious and prosaic piece of journalism, but that is an exception. Epstein's lightly worn seriousness, as well as his gift for self deflation and deft way with quotations, distinguish him from the Andy RooneyCharles Osgood school of commentating when he tackles such finical matters as snoozing (``The Art of the Nap''), the over-knowledgeable classes (``An Extremely Well-Informed S.O.B.''), and pet peeves (his include dumbed-down footnotes, fun as an adjective, and the cult of American celebrity exemplified by ``the Swiss Family Kennedys''). He can be something of an old fogey, as when he complains in ``A Nice Little Knack for Name-Dropping'' that there arent any good ones to drop today, or bemoans the decline of popular music in the mildly elegiac ``I Like a Gershwin Tune.'' Closure comes with a remembrance of University of Chicago sociologist Edward Shils (``My Friend Edward''), who seems to represent an ideal Epstein aspires to, from his transatlantic accent and acerbic sense of humor to his thorough erudition, integrity, and disdain for received ideas and academic cant. Vintage Epstein, for those who dont mind a faint bouquet of self-absorption. -- Copyright ©1999, Kirkus Associates, LP. All rights reserved.

"If Epstein's ultimate ancestor is Montaigne, his more immediate master is Mencken. Like Mencken, he has fashioned a style that successfully combines elegance and even bookishness with street-smart colloquial directness. And there is nothing remote or aloof about him." -- Review

Joseph Epstein is an essayist in the brilliant tradition of Charles Lamb. He moves so effortlessly from the amusingly personal to the broadly philosophical that it takes a moment before you realize how far out into the intellectual cosmos you have been taken. He is also mercilessly free of the petty intellectual etiquettes common at this moment in our national letters. It is refreshing to hear so independent a voice. -- Tom Wolfe, author of A Man in Full

Joseph Epstein is the liveliest, most erudite and engaging essayist we have--a wonderful combination of Hazlitt and Chicago boy. At once somber and self-assured, he has achieved the considerable feat of fashioning from the minor dramas of his own life--aging, infirmity, coming up against the limits of ambition--major themes. In taking his measure, he takes our own. -- James Atlas, author of a forthcoming biography on Saul Bellow and frequent New Yorker contributor

JOSEPH EPSTEIN is the author of the best-selling Snobbery and of Friendship, among other books, and was formerly editor of the American Scholar. His work has appeared in The New Yorker, Harpers Magazine, the Atlantic Monthly, and other magazines. He lives in Evanston, Illinois.
Read more