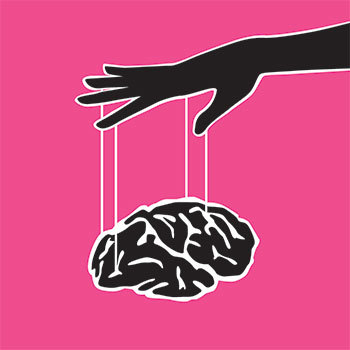 "Glitter-Bomb Masterpiece ... This book made me snort my coffee with laughter, made me stay up too late reading, made me nod my head in agreement..." - Book Horde

Deplora Boule is a published author who misses the days when people still had a sense of humor.

Start reading The Narrative on your Kindle in under a minute.

Roy Griffis
5.0 out of 5 stars Deplora Boule brings Savage, Swiftian Satire to the “News”
Reviewed in the United States on July 29, 2018
Verified Purchase
On one level, it’s the story of a fairly nice young girl, largely ignored by her mother and estranged from her father, who goes off to college, falls into the clutches of a cult, and proceeds to wreck her life, along with the lives of the few people who really cared for her.

On another level, it’s the bitterly funny story of the way the deeply-deluded and stultifyingly self-important people who should be “reporting” the news take it upon themselves to “make” the news. Or, as the title of the novel suggests, they craft “The Narrative.” Google Dan Rather and “JournoList” for some of the egregious examples that are known to the discerning citizens, to say nothing of the DNC email dump that revealed allegedly objective journalists coordinating and clearing their stories with the campaign of the presumptive next President of the Vagina States of America.

With such a wealth of deserving targets, in less-skilled (or courageous) hands such a novel might be a thunderingly dull polemic––and Lord knows, there are enough of those around––but this is both outrageous and wickedly funny. I say again, “The Narrative” is wickedly funny, teeing up the self-deceptions of the Woke Warriors of Journalism.

I expect Ms. Boule one day to be censured for mocking the mentally ill, as she peoples the 24/7 news organization with, among others, someone who identifies as a centaur, with, naturally enough, their own special pronouns. It leads to some biting scenes such as when the Leading American Senator With a Vagina Who Will Be President pays a visit to the 24/7 offices. Like a visit from the Pope, the devout are there to witness the historic event:

“(the Senator) smiled at as many individuals as she could, and the 24/7 professionals expressed their support in his, her, xyr, equis, myz, Zz, or blue own way…Everyone shrieked and shook and reached their hands toward the divine politician who would deliver them from darkness to a world of light, and urine puddled around more than one pair of vegan footwear.”

I don’t want to go into more detail…half the delight of reading the book is saying “Oh, no, she didn’t go there…YES, SHE DID AND SHE’S RIGHT!” There are some truly inspired turns of the phrase that sum-up (and demolish) an entire lunatic fringe school of non-thought. Two words (and this is the only spoiler you’ll get from me): “Prestigiously pigmented.”

This is a work of mad genius. Pretty sure your Bernie Bro nephew and angry, twice- divorced “I’m Still With Her” harridan aunt won’t like it.

Roy M. Griffis
Author of The Lonesome George Chronicles and the By The Hands of Men series
Weekly Culture Columnist at Liberty Island Magazine

Jamie K. Wilson
5.0 out of 5 stars Sparkling cinematic takedown of contemporary progressive liberalism
Reviewed in the United States on July 31, 2018
Verified Purchase
Oh my gosh. I'm still laughing. This makes it hard to write this review; almost anything specific I say about the book is a spoiler, and there are dozens of delicious scenes I terribly, terribly don't want to spoil for future readers. (DO NOT READ SPOILERS FOR THIS BOOK. I say this as a criminal spoiler-reader myself, and I'm grateful I didn't read any for this book. Reading spoilers will assuredly lower your pleasure in this story!)

Deplora Boule has written a book that, by all rights, ought to be read with pleasure by thousands upon thousands of conservatives and ultimately be made into a movie. It SHOULD have been a movie. My mind played a soundtrack with each scene; I cast actors and extras without hesitation into each scene. Tucker Carlson as the conservative newsman. Steven Crowder in a cameo as the guy who yells, "We were made for each other!" (You'll understand when you get to the scene, trust me!). Stacey Dash as the Jamaican businesswoman. Lila Rose cast against type as Majedah.

The plot is smooth with only the occasional bump. The editing is nearly flawless. The characterization is delightful. The humor is priceless beyond rubies. It does NOT, as I feared before being absorbed by the first chapter, read as amateurish. Not at all. This nom de plume is held by an author of great talent and, I am guessing, real experience in the publishing world. You will NOT be disappointed if your fiction reading standards are high.

If I had to choose a single word to describe the book, it would be "madcap." The story follows a young GenX third-wave feminist XX-chromosome person who identifies as a female from her progressive and feminist awakening at college through her career in (need I say liberal?) television journalism, along the way utterly shredding liberal trope after liberal trope. The writing cuts through the logical fallacies in just about every liberal political point, exposing them with humor and style and even literary depth.

Ms. Boule's writing is Technicolor - characters are drawn in sharp, vivid lines with no attempt to soften them or their political stances. In many places, they are caricatures; this would be a literary crime in most genres, but in satire it's something of a necessity and works very well in this story. Somehow, I lost myself in the narrative, in spite of its crazy over-the-top action and caricature-characters. Sure, it's biased, with insanely extreme liberal characters who are thoroughly blinded to reality and a very few conservative characters who provide a leavening dose of truth. That's the story Boule is telling. She tells it very, very, very well.

Surprisingly, I found myself rooting for Majedah, despite her obnoxious extremism and blindness. The author dropped a few spare clues that maybe, just maybe, she wasn't the true believer she thought she was. That conflict between who she was and who she had been told she was grew into the main struggle of the story, powering the narrative and providing nonpolitical energy that made Majedah feel almost real.

Sue Freivald
5.0 out of 5 stars The road to reality can be pretty bumpy sometime - and satire provides excellent road signs along the way. Enjoy.
Reviewed in the United States on May 28, 2018
Verified Purchase
I am exhausted. I don't know when I have enjoyed a satirical romp so much. I laughed, and snorted a good red wine through my nose - and laughed some more. And I even shed a tear - of joy. Joy that such an exquisite expose of the madness of the liberal narrative and the collusion and confusion of the media is still able to be published in this country. That gives me a great deal of hope. I don't know who the author of this remarkable oeuvre really is, but from the pseudonym to the (spoiler alert) most improbable and delightful happy ending, this artist worked magic. Read, enjoy. Buy a copy for like minded friends. Buy a copy for those who need it but won't read it - you never know what curiosity might do to lead to a germ of actual thought in a reluctant reader. Thank you, thank you Deplora Boule whoever you are!
Read more
7 people found this helpful
Helpful
Comment Report abuse
See all reviews